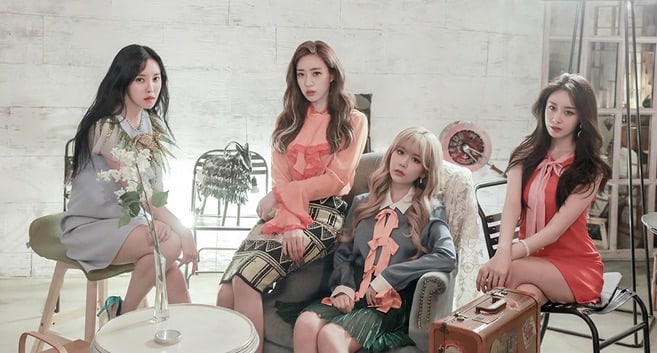 MBK Entertainment has released a statement following the news that they had applied for a trademark of the name T-ara.

On January 8, it was reported that MBK Entertainment had applied to register a trademark for the name T-ara at the Korean Intellectual Property Office on December 28. If the application is accepted, then the members of T-ara will not be able to promote under that name for at least 10 years. Even if they do form a team under a different name, they will have to pay royalties to the agency if they perform any songs they had released under the name T-ara.

Many have been drawing similarities between T-ara’s situation and the one that the Highlight members went through when they left Cube Entertainment. The group unable to use the name BEAST because the agency had trademarked it.

The agency stated, “We have applied to register a trademark for the name T-ara. We believe that we are justified in applying for this trademark as the [former] agency [of the group].”

MBK also stated, “Saying that this will be a second BEAST situation is pure speculation. In that case, the agency had forbidden the members of BEAST (now Highlight) from using the name BEAST after they had settled on their future plans and requested to use it. We had a beautiful parting with T-ara. We parted on good terms and the members have not decided on their future plans yet. We don’t believe it’s right for us to be criticized for our actions.”

It was recently revealed that T-ara’s contract with MBK Entertainment had ended in December 2017 and the members had decided to leave the agency. Both the agency and members emphasized that the group would not be disbanding as they parted ways.