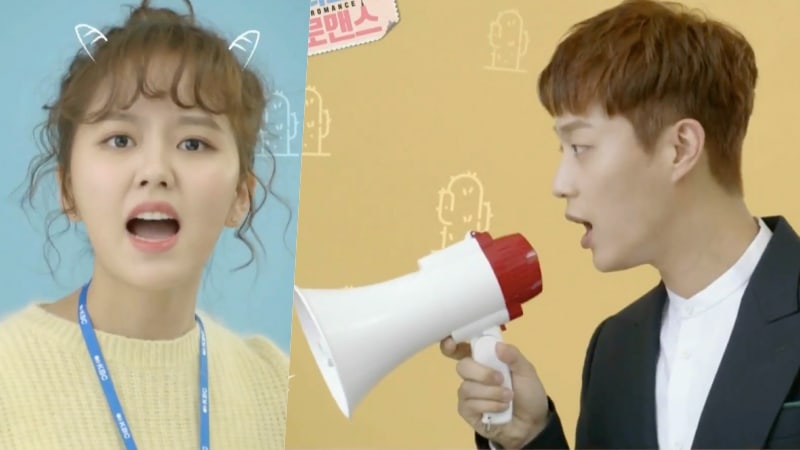 In a newly released preview from KBS’s upcoming drama “Radio Romance,” Highlight’s Yoon Doojoon and Kim So Hyun just can’t seem to get along!

The latest teaser shows Kim So Hyun hilariously struggling to keep things together amidst the hectic chaos of the radio station where she works. At the beginning of the clip, she enthusiastically declares her excitement about fulfilling her dream of becoming the head writer of a radio show. However, she quickly finds that her new gig isn’t exactly a bed of roses.

When the star DJ of her show—an A-list actor played by Yoon Doojoon—doesn’t show up on time, Kim So Hyun’s crazy boss begins to panic and scream wildly at her. Although she initially keeps her cool and tries to placate the DJ, Yoon Doojoon’s attitude makes it difficult for her to stay calm for long.