The production staff and cast of the drama has chosen five things viewers should look for as the drama begins telling the second half of its story.

The relationship between Kang Doo (2PM’s Junho) and Moon Soo (Won Jin Ah) that provided a blanket of warmth over their guilt and trauma has suddenly come to a halt after it was revealed that Kang Doo’s father stole steel bars from a shopping mall construction site in the past. This came as a shock to Moon Soo, who trusted Kang Doo more than anyone else. They were unique people in each other’s lives whom they could comfortably confide in about the sadness from their past and this happened just as their relationship was deepening.

What will Kang Doo and Moon Soo do as this pain from the past surfaced in the present? The viewers have hope that this will not mark the end of their blossoming relationship and it makes viewers curious about what their relationship will look like in the second half of the drama. 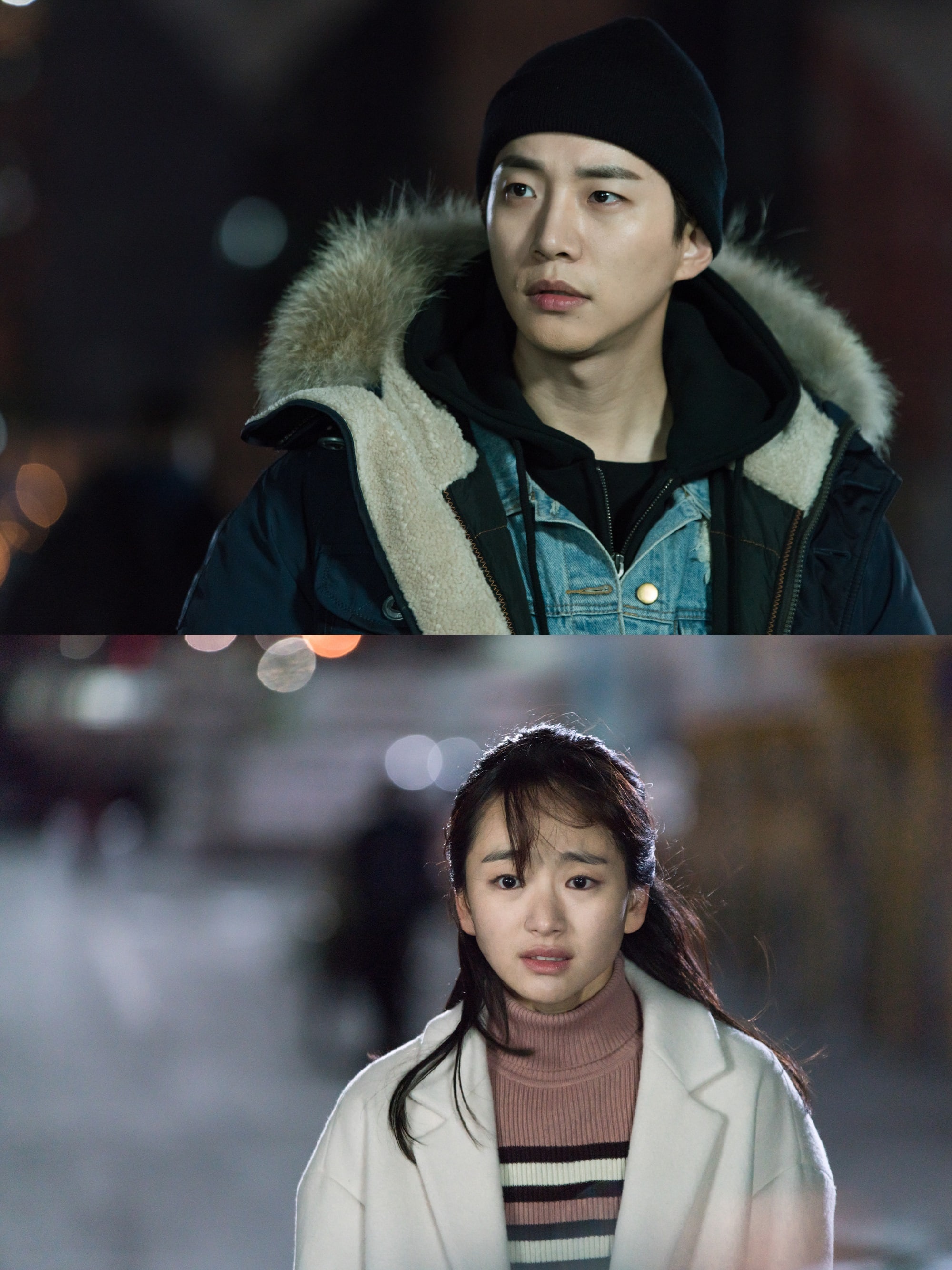 2. Grandma’s sickness and her relationship with Kang Doo

The relationship between Kang Doo and Grandma (Na Moon Hee) is a special one that has touched viewers and showed that sometimes you don’t have to be blood relations to be each other’s family. Although she is curt, she loves Kang Doo and knows how soft-hearted he is behind his hard exterior, so she begged Jae Young (Kim Hye Joon) not to tell him about her brain tumor.

3. Building Biotown, the memorial, and hope

Biotown is being built in the same location where the shopping mall collapsed a decade ago. Kang Doo, Moon Soo, Joo Won (Lee Ki Woo), and Yoo Jin (Kang Han Na), whose lives were impacted by the accident, came together like fate as the construction of Biotown began. Kang Doo and Moon Soo are facing their wounds while hoping that there won’t be any more victims like them and meeting with bereaved families and survivors while working on the memorial.

The construction of Biotown also holds meaning for Joo Won, who is trying to make sure he doesn’t repeat his father’s mistakes, and Yoo Jin, who lost her most loved one. Viewers should look forward to watching how the building of Biotown and the memorial will bring healing and hope to the story and its characters.

Kang Doo, Moon Soo, Joo Won, and Yoo Jin’s lives drastically changed after the accident that has left them with pain and complicated emotions. Kang Doo and Moon Soo found each other and came to be each other’s most trusted companions. Joo Won is having a hard time stopping his feelings for Moon Soo despite knowing about her relationship with Kang Doo. Their love triangle is more complicated due to their common link and pain from the accident.

Yoo Jin is also unable to stop her feelings from growing for Joo Won and she confides in Kang Doo, while also encouraging him to return to the site. Viewers should keep an eye out for how the complicated relationship between these four characters that have blossomed will transpire towards the end.

5. The story of pain and perseverance

“Just Between Lovers” highlights the lives of people who continue to live on despite their pain. Characters such as families of the deceased Yoon Ok (Yoon Yoo Sun), Dong Chul (Ahn Nae Sang), glamorous Mary (Yoon Se Ah), and Yoon Taek (Tae In Ho) all have wounds and loneliness that may not be visible on the surface. They hold each other’s hands and provide a place of refuge for each other through their loving relationships.

This is the underlying message of the drama. Despite the harsh reality of life, the drama hopes to bring warmth to viewers by showing how people move past their pain to return to their ordinary lives.

On what to look forward to in the second half of the drama, Junho said, “I hope you will feel with us while the story goes more in-depth as we enter the second half.”

Lee Ki Woo commented, “I think if viewers watch the relationship that changes between the characters and their feelings that grow in between them then it can resonate with viewers.” Kang Han Na stated, “Please focus on the relationship between the four people that will grow. We will be able to bring warmth and strength to viewers through the story of how people heal and return to their ordinary lives after experiencing pain. Please tune in until the end of our second half as well.”

“Just Between Lovers” airs on Mondays and Tuesdays at 11 p.m. KST. Start watching the first episode below!