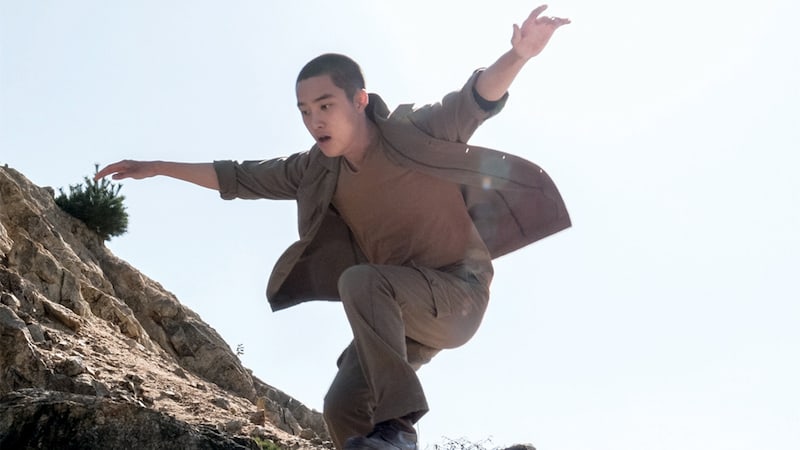 Director Of Film “Swing Kids” Shares How EXO’s D.O. Is The Perfect Fit For His Character

In a recent interview with Cine 21, film director Kang Hyung Cheol of “Scandal Makers” and “Sunny” fame sat down to discuss his upcoming movie “Swing Kids,” and praised its lead actor, EXO’s D.O. (Do Kyung Soo).

Based on a musical, “Swing Kids” is about rebellious North Korean soldier Roh Ki Soo (D.O.) who coincidentally falls in love with tap dancing after he sees officer Jackson (Jared Grimes) dancing at a prison camp during the Korean War. Roh Ki Soo ends up joining Jackson’s motley dance crew, made up people like someone who is trying to find his lost wife through dance (Oh Jung Se), a talented individual who can’t dance for more than a minute due to chronic chest pain (Kim Min Ho), and a person who just wants to dance to make money (Park Hye Soo).

Roh Ki Soo will gradually transform from a defiant individual to someone who finds a dream he wants to achieve. When the interviewer commented that D.O. seems like he will show a new aspect of himself as this role differs from his previous darker roles, director Kang Hyung Cheol laughed and expressed pride in the EXO member, saying, “I always want to go around piggybacking Do Kyung Soo, while saying, ‘Our Kyung Soo, our Kyung Soo.'”

He explained, “Every now and then, I see an actor that seems to have been born to play a certain role, and it can be no one else but that actor. It was like that with Do Kyung Soo this time. Since filming together, [I’ve seen] that even though he’s young, he doesn’t take things lightly and he has a very impressive set of values.”

The interviewer then asked if D.O.’s idol background helped with the tap dancing aspect of his character. The directer laughed once more, and commented, “I was under my own illusion as I didn’t know his specialty within EXO was singing.”

“Also, because tap dancing is another form of dance, it is somewhat different,” Kang Hyung Cheol shared. “However, [D.O.] learned quickly because his body has been fundamentally trained well. He’s performing everything, even things of a difficult level, himself without a body double.”

“Swing Kids” is set to be released sometime in the second half of 2018.