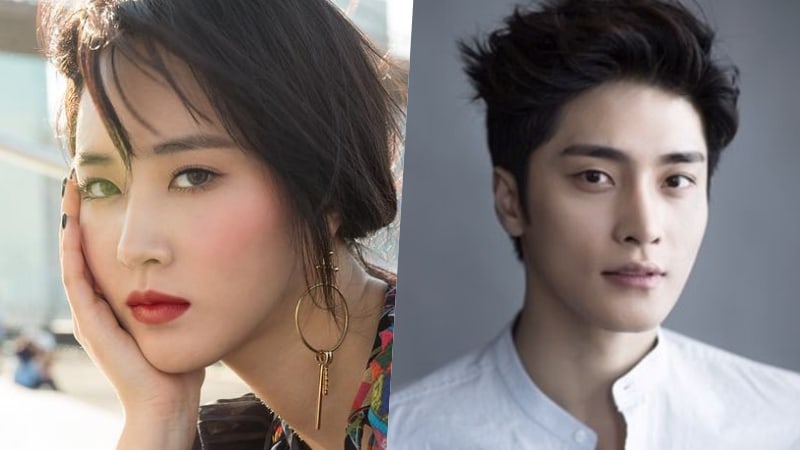 Girls’ Generation member Yuri has been confirmed to be starring opposite Sung Hoon in the new season of the KBS 2TV sitcom, “The Sound of Your Heart”!

Yuri and Sung Hoon will be taking on the roles played by Jung So Min and Lee Kwang Soo in the first season of the show. Sung Hoon had previously been confirmed for the leading role of Jo Suk, with veteran actress Shim Hye Jin joining him as Jo Suk’s mother.

On January 9, the show announced the rest of its main cast. Yuri will be playing the role of Jo Suk’s girlfriend Ae Bong, while actors Joo Jin Mo (1958) and Tae Hang Ho will be playing Jo Suk’s father and older brother respectively.

Production company Kross Pictures remarked, “Because Kwon Yuri has displayed her passion as an actress and consistent acting skills through a variety of works over the years, we were certain that she would be able to take a comedic character to new heights by making a fresh transformation in ‘The Sound of Your Heart 2.'”

Yuri also expressed her excitement for her new role, commenting, “It’s an honor to be joining the second season of a drama that was popular all over the world. I will do my utmost to portray the character of Ae Bong.”

“The Sound of Your Heart” is a sitcom based on the popular webtoon of the same name. The first season of the show proved immensely popular, with its web version amassing over 40 million views in Korea alone and over 250 million views worldwide. Fans from all over the world have reportedly been clamoring for a second season since early 2017.

Are you excited for the second season of the sitcom? Leave your thoughts below!