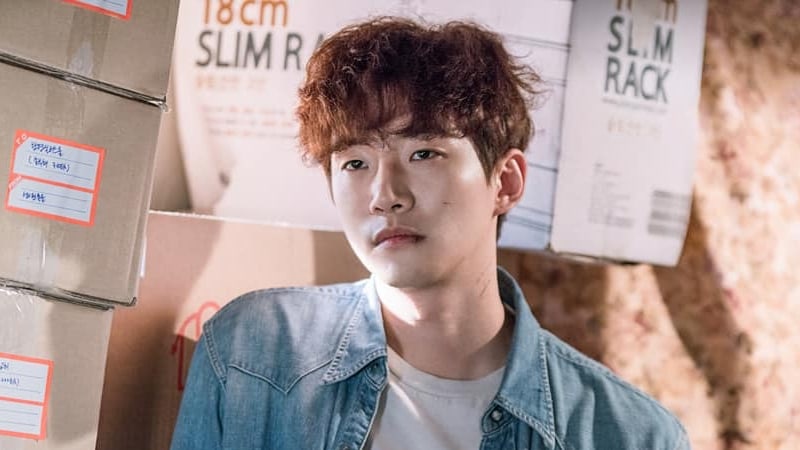 During the conference, he shared, “It was hard to express [emotions] with my eyes because they’re small. With things like tone of voice, I don’t think they’re things that I can manage to do on my own. I think it’s important for the camera director or the lighting team to skillfully portray these things.”

He continued, saying, “It was probably hard for them in the beginning. My eyes are small and so they really thought about how to bring out my eyes. I also thought I shouldn’t lower my gaze too much.”

Junho also talked about getting immersed into his character, saying, “Kang Doo has an injured leg, and he also has auditory and visual hallucinations. Because I’ve never personally experienced an accident, it was really hard to simply figure out what emotions to express. I thought it would be good if people who are hurting received some healing from watching Kang Doo.”

His drama “Just Between Lovers” airs every Monday and Tuesday at 11 p.m. KST.