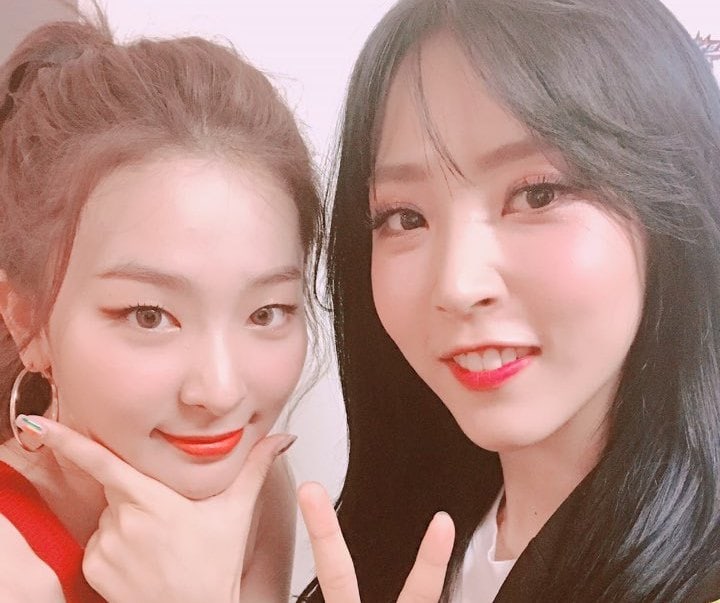 Seulgi has lent her voice to MAMAMOO’s upcoming album!

According to a news outlet on January 9, Seulgi recently completed recording for Moonbyul’s solo track on MAMAMOO’s album.

MAMAMOO’s agency confirmed the news and added that the release date is undecided.

The two are known to be good friends and participated in KBS variety show “Idol Drama Operation Team” together.

Meanwhile, MAMAMOO released their new single “Paint Me” on January 4 and is gearing up for their next album.

MAMAMOO
Red Velvet
Seulgi
Moonbyul
How does this article make you feel?