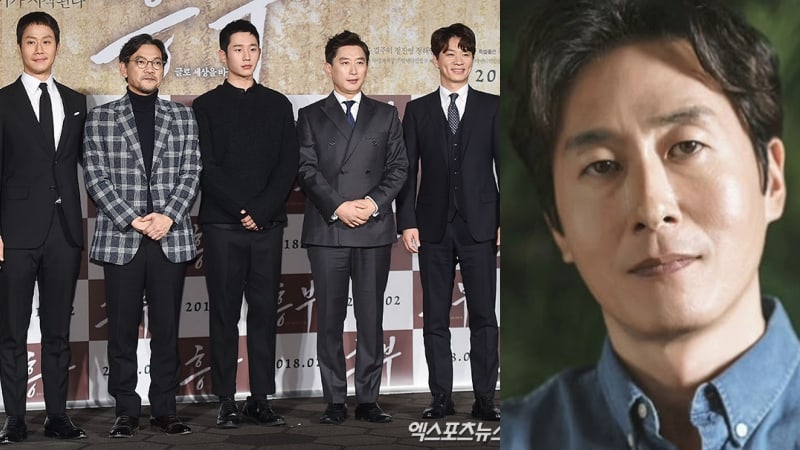 The director and cast of “Heungbu” talked about their memories of working with Kim Joo Hyuk on their upcoming film.

“Heungbu” is the story of a genius writer in the Joseon Dynasty who moves the Korean peninsula with a story called “Heungbu Jeon.” The story is about himself and his less-than-cordial brother.

Kim Joo Hyuk, who passed away in 2017 after a tragic car accident, appears on screen as the real-life character of the protagonist of “Heungbu Jeon,” Jo Hyuk.

MC Park Kyung Rim opened the conference by saying, “As you all know, there is one person who is sadly not with us today. That is Kim Joo Hyuk, who played the role of Jo Hyuk. There must be many people who are waiting to see Kim Joo Hyuk on screen. Please show your warm interest in Kim Joo Hyuk, who always showed a great performance in each and every production.”

Actor Jung Woo, who shared the most scenes with Kim Joo Hyuk, expressed, “I don’t know what to say. I miss you a lot, Joo Hyuk.” 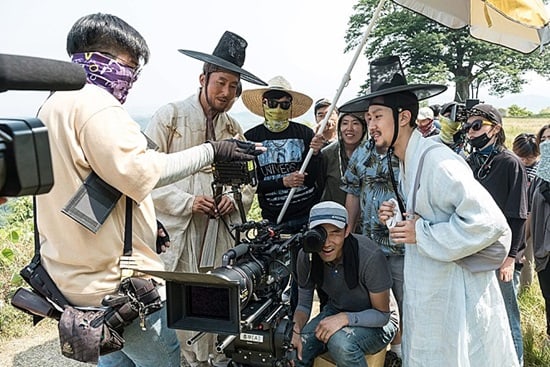 The actor explained, “This is my first historical film. I was enthusiastic and curious about it, but it was not an easy decision. I gained the courage to join after learning that Kim Joo Hyuk was also going to star in the film.”

He continued, “I’m reminded a lot of the time that I filmed with him. He was very considerate on set. As a senior actor, he embraced and understood me, and always watched me from one step behind. I still remember vividly how he would quietly cheer me on.”

Director Cho Geun Hyun also recalled the time that he casted Kim Joo Hyuk. He shared, “He was an actor that I always wanted to work with. The character was slightly two-dimensional, so it seemed like he was hesitant to decide. But one day, he visited the company at eight in the morning, saying ‘I came to smoke a cigarette together with you.’ He told me that he pulled an all-nighter, and after some silence, I told him, ‘Let’s do this together.’ He answered, ‘Yes,’ and disappeared.”

The director went on to explain, “After the cool decision, I was surprised because he delved into the character with passion. I could feel that he wanted to create something fresh. Kim Joo Hyuk and Jung Woo, as well as Jung Jin Young, were very ambitious. It was a happy suffering for me.”

Actor Jung Jin Young also added his thoughts, saying, “The film is actually quite humorous, but with what happened to Joo Hyuk, it’s difficult for us [to be humorous] in this event. It’s unavoidable for me to be solemn, and even in the movie, we’re brothers who have a bad relationship, so it makes me sad.”

The actor continued, “I believe Joo Hyuk is alive in the movie. I hope you, the audience, think the same as you watch.”

The film will be released in February and will be dedicated to Kim Joo Hyuk.

Kim Joo Hyuk
XPN
Heungbu
How does this article make you feel?