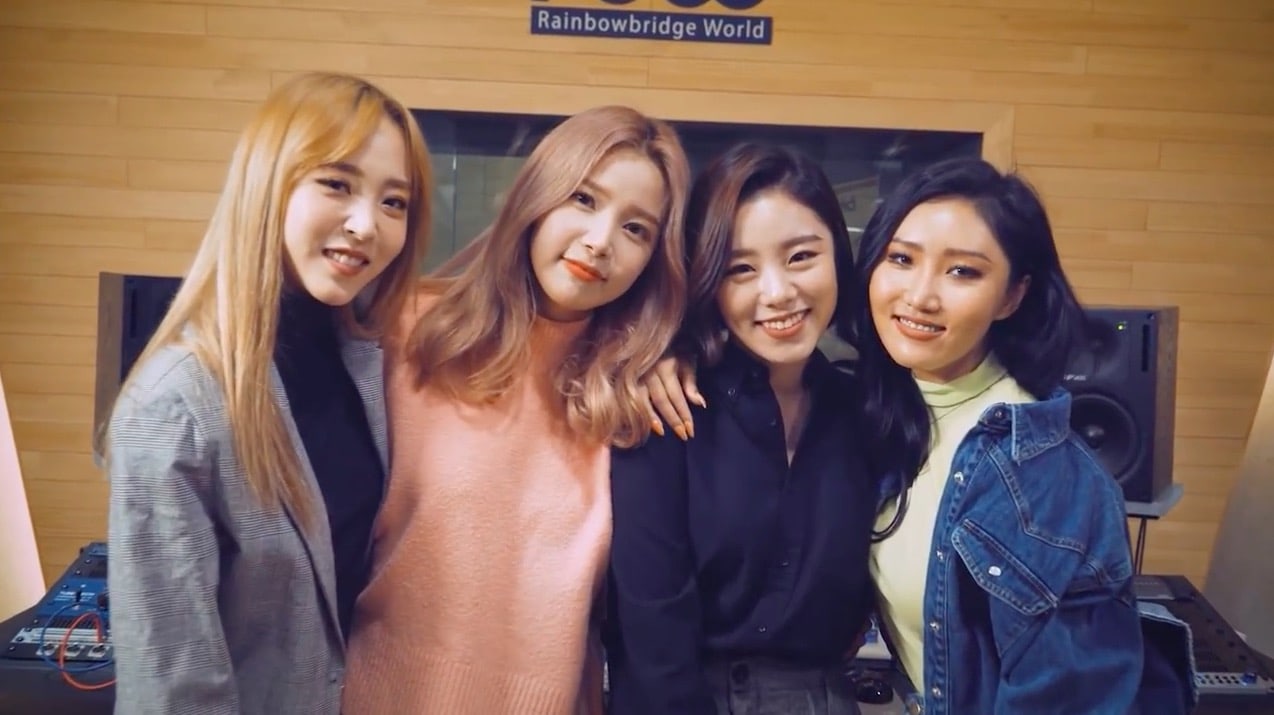 MAMAMOO welcomed fans to their studio in a recent video, where they shared some stories from recording their songs!

In the video, the members talked about how Hwasa had cried when their recorded the song “Sting” from their 2015 mini album “Pink Funky.” Solar and Hwasa explained that Hwasa had become emotional when she really empathized with the emotions of the lyrics, which made her cry.

Solar also shared that she’s cried while recording before because she was frustrated with herself.

MAMAMOO recently released their special single “Paint Me,” and the members talked about some of the difficulties they had as they worked on the song, as well as shared how they feel when watching their debut performances and more.