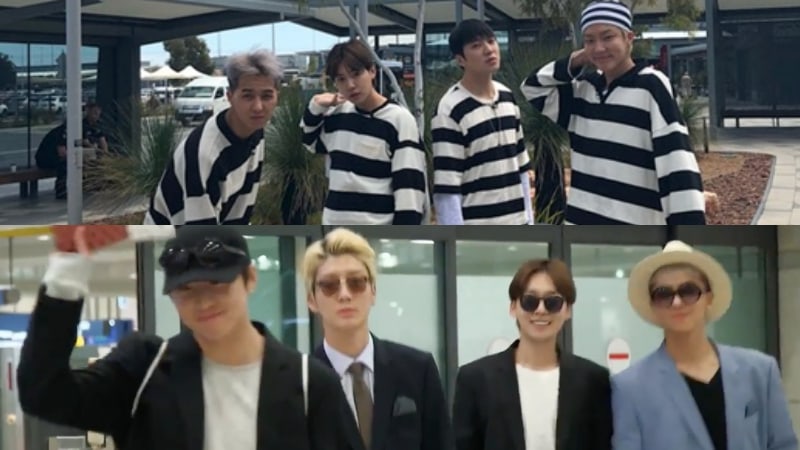 A mystery of WINNER’s “Youth Over Flowers” series has now been revealed!

On January 9, extended clips from the latest “New Journey to the West” series were included in a special, featuring footage from the show’s spin-offs “Kang’s Kitchen” and WINNER’s “Youth Over Flowers.”

When the four members of WINNER had gone on their trip to Australia for the show, they left in prison uniforms provided by the staff as part of a prank, but returned to Korea looking cool in suits.

While fans have wondered how they managed to get suits for their arrival home, it hadn’t yet been revealed. In the January 9 special, viewers got to see the explanation.

Producing director Na Young Suk had needed to leave the group on the fourth day of their trip and head back to Korea on his own. Feeling guilty about it, he gave his personal credit card to the guys.

He told WINNER that they could use it just once, to buy something like a meal, but even just this offer had the members getting excited about all the possibilties. Naturally, Na Young Suk was a bit worried about how they’d use his card.

“Youth Over Flowers” showed how the guys had talked about what they should do with it throughout their trip, including Kang Seung Yoon joking they could go to a five star hotel. 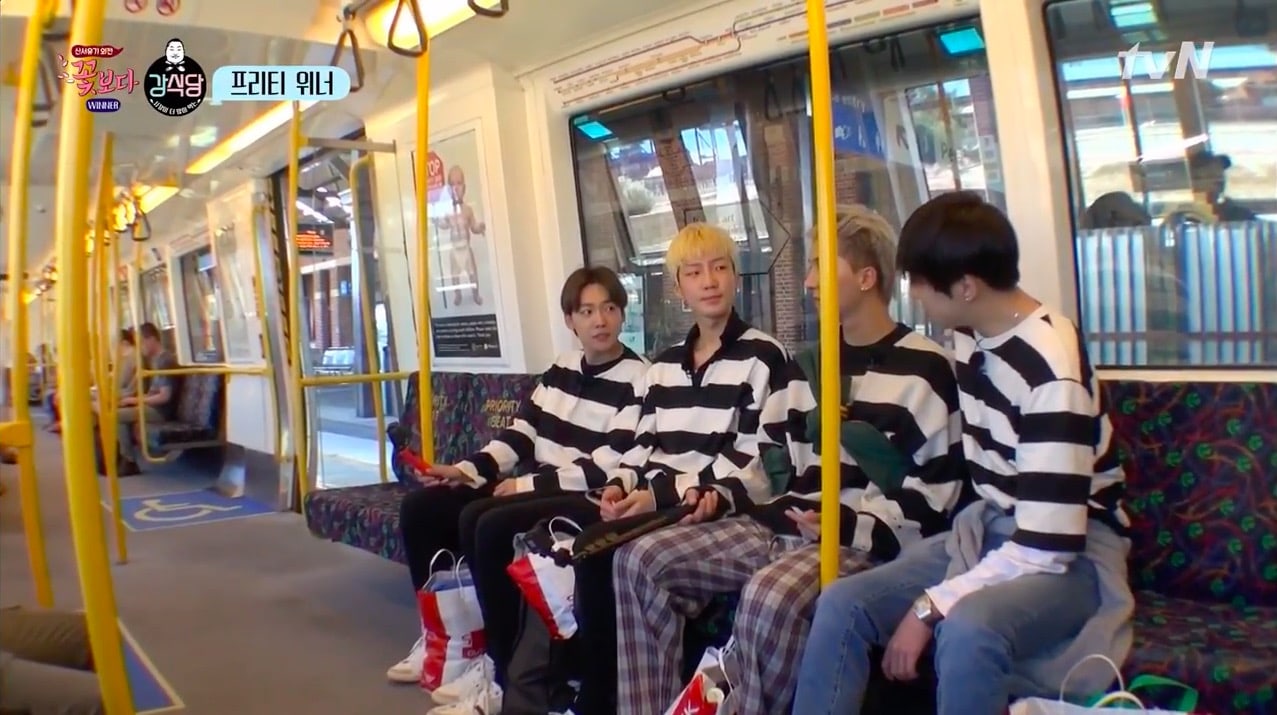 Eventually he came up with the idea of buying some new clothes for their return to Korea. Song Mino joked in his private interview, “It’s cool, right? We’ve just been wearing weird clothes for a week. My hoodie kind of smells.”

The guys then went on a trip to buy themselves some clothes, and found relatively cheap suits. As they left the store in their new outfits, Kim Jin Woo joked, “I feel like we’ve just stolen something.” 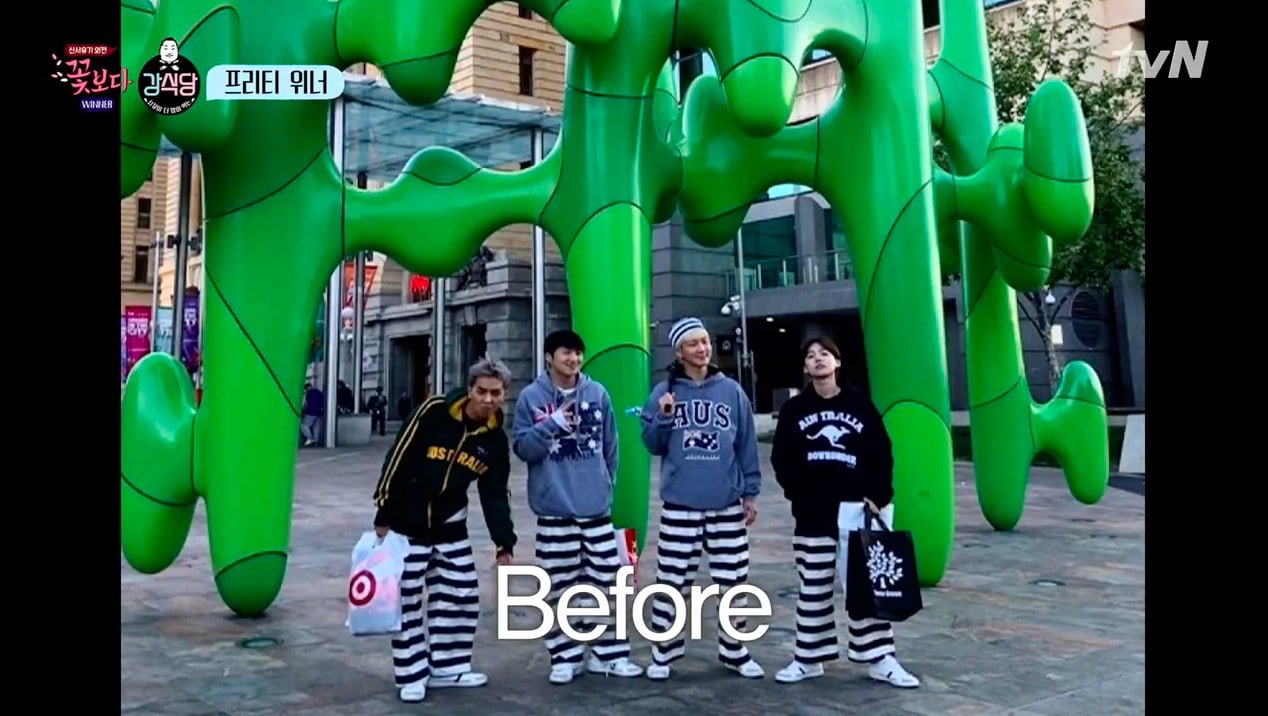 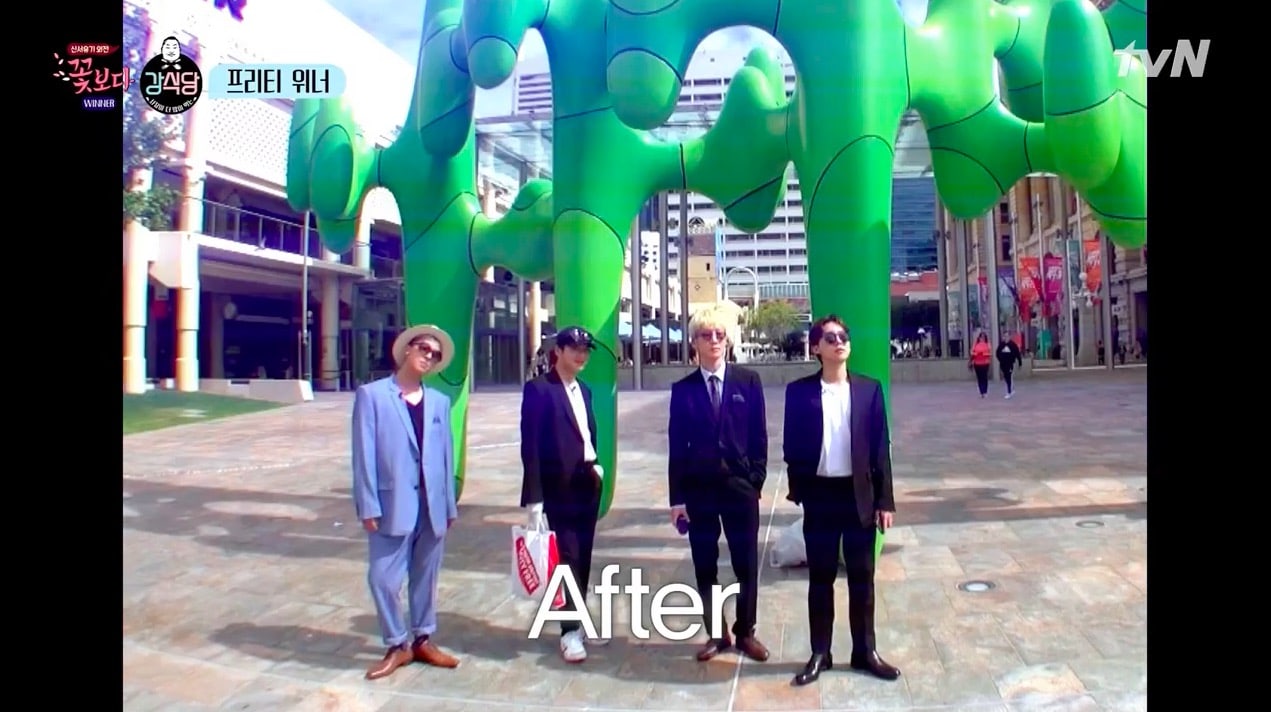 When they got back to Korea, Na Young Suk was waiting for them at the airport. “Where did you buy those?” he asked them right away.

When they explained that they’d bought them fairly cheaply because they were thinking about him, Na Young Suk laughed and assured them he’d already seen the bill.

Watch the guys go shopping and make their return to Korea below!