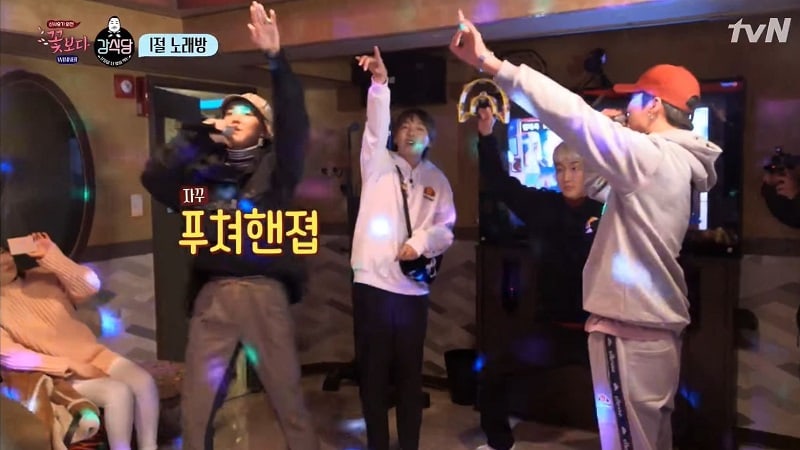 The cast of “Kang’s Kitchen” finally met WINNER in an unexpected way.

tvN aired a special director’s cut episode of “New Journey to the West” on January 9, which included behind-the-scene stories from “Kang’s Kitchen” WINNER’s “Youth Over Flowers.”

In this particular broadcast, the cast of “Kang’s Kitchen” headed to karaoke to celebrate successfully running their restaurant.

Kang Ho Dong was up first at karaoke and gave a passionate performance of “Rain and You.” Eun Ji Won, Lee Soo Geun, and Ahn Jae Hyun followed, with Ahn Jae Hyun receiving a perfect score of 100 despite his less-than-perfect singing skills.

WINNER’s Song Mino was last, and he decided to sing his group’s hit song “Really Really.” However, Song Mino missed the pitch in the beginning and kept looking back at the lyrics, much to the amusement of the rest of the cast. 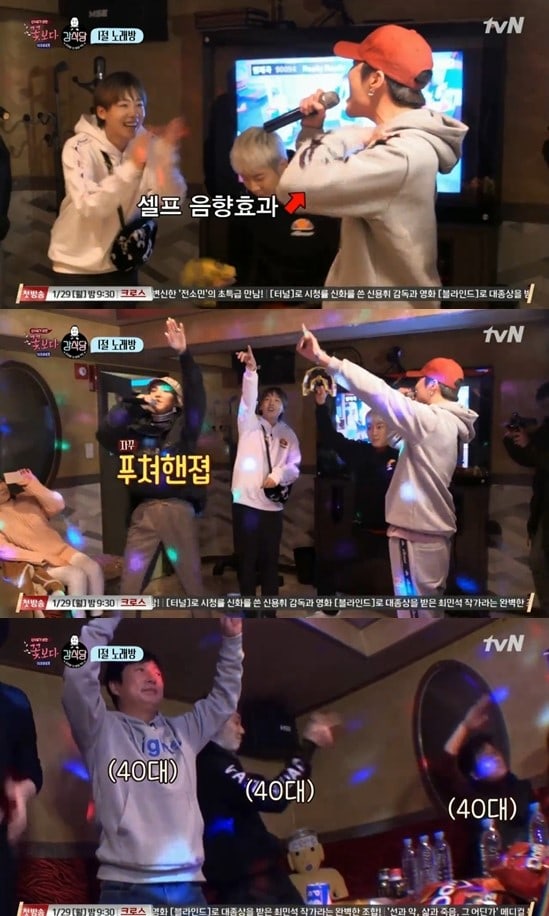 As Song Mino carried on though while the rest of the cast members kept teasing him, WINNER appeared out of nowhere at the start of the chorus. The rest of the WINNER members accompanied Song Mino to pull off a passionate karaoke rendition of “Really Really.”

The episode revealed the WINNER members had been waiting outside the karaoke room for the perfect timing to enter. After their performance, producing director Na Young Suk playfully told Song Mino, “Even though it’s not your part, you can’t just make a mistake from the beginning.”

Watch the fun surprise karaoke performance by WINNER below!

WINNER
Kang's Kitchen
How does this article make you feel?