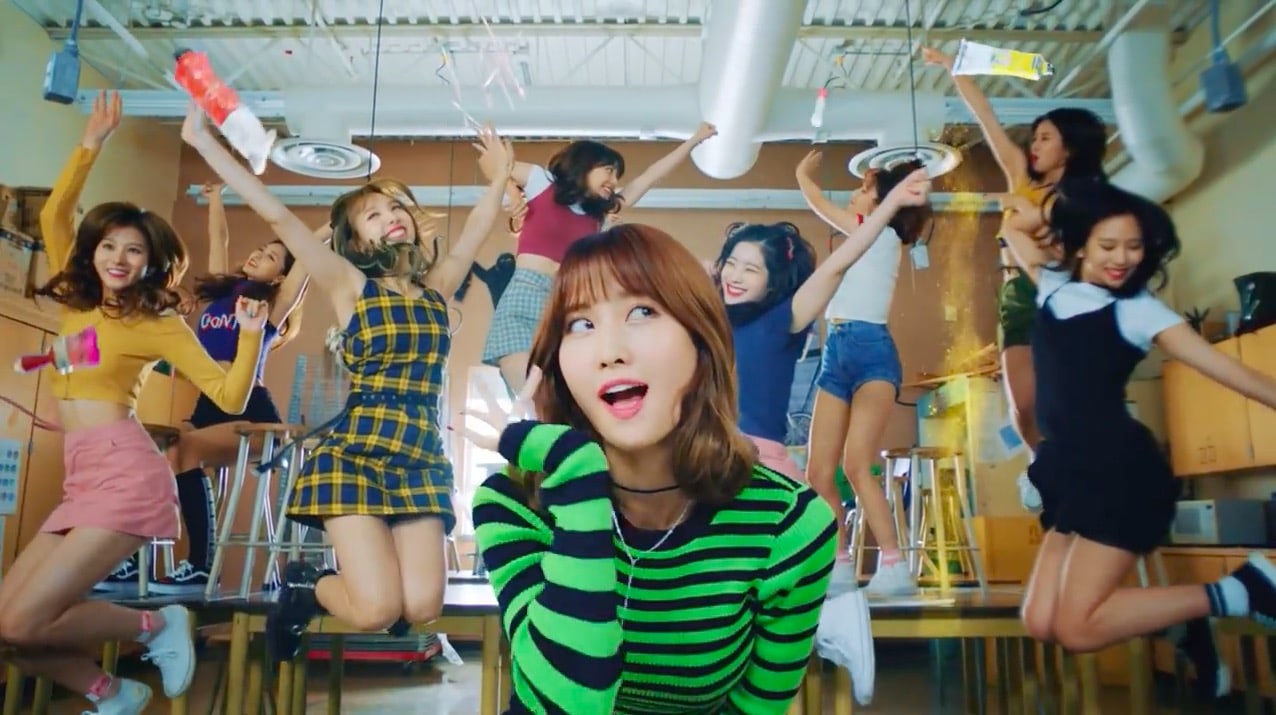 TWICE has broken another record for K-pop girl group MVs!

The group’s hit track “Likey” was released on October 30 at 6 p.m. KST, and its fun and cheerful music video reached 150 million views after 9 p.m. KST on January 10. This means it reached the milestone in only 72 days!

“Likey” is now the fastest K-pop girl group MV to reach 150 million views, surpassing the record of 97 days set by BLACKPINK’s “As If It’s Your Last.”

To celebrate, watch “Likey” again below!