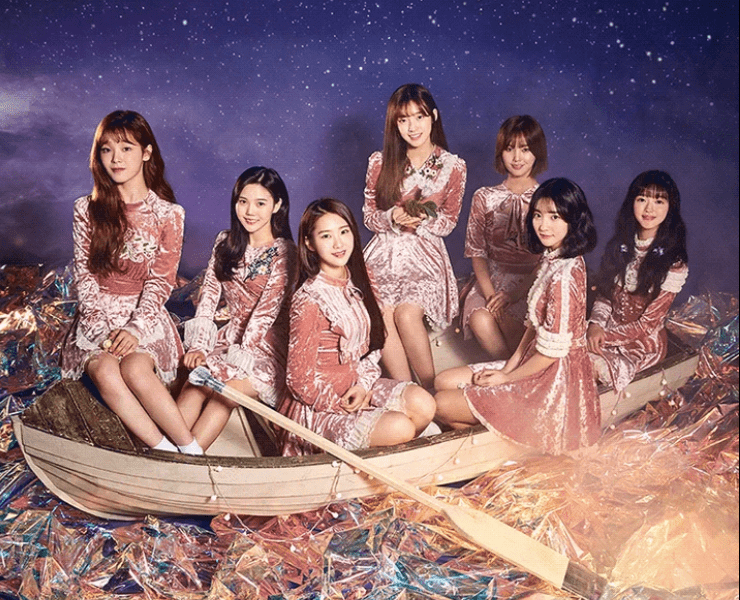 On January 10, Oh My Girl appeared as a guest on SBS radio program “Kim Chang Ryul’s Old School,” where they talked about their comeback with “Secret Garden.”

Oh My Girl made their comeback on January 9 with their fifth mini-album “Secret Garden.” On their comeback after nine months, Seunghee commented, “We were worried. We were worried that we’d been forgotten, and that our fans would have gotten tired of waiting.” Jiho talked about her injured ankle, and stated, “I prepared too hard. I wanted to show my performance so I’m a bit regretful. I think I’ll be able to stand on stage soon though.”

After the release of “Secret Garden,” the track achieved quite a bit of success as it took over the tops of many realtime charts, despite some tough competition. The members shared, “When we saw it, we screamed. We thought it was a joke. We kept refreshing. We thought the entire country was making a joke.”

As the new year passed, the group’s youngest member Arin turned 20 years old (Korean reckoning), which means that all the members are now adults. Arin commented, “The biggest change of going from my teens to my 20s is being able to get a driver’s license. Driving is something I’ve always wanted to do, but it’s a bit scary, so I haven’t gotten my license yet. After a few years, I want to get my license and go for a drive by myself.” Kim Chang Ryul playfully asked, “Wouldn’t your boyfriend be next to you in the passenger’s seat?” to which the members countered, “No way!” saying that they would be too busy and showing off their love for their youngest. Arin replied, “I’m the one that’s just turned into an adult, but I think the older members are more excited.” Mimi joked, “We’re sad that our youngest member, who always brought down our average age, has turned 20.”

Oh My Girl and Kim Chang Ryul then gave a listen to other tracks in the group’s mini-album such as “Love O’Clock” and “Sixteen.” The members were then asked to pick a song they hoped would do well. YooA said, “I think that the song that B1A4’s Jinyoung created for us, “One Step Two Step,” is a beautiful song.” They were then jokingly asked if Jinyoung made them say that, to which Binnie explained, “This song was originally one of the contenders for our title track. It’s a bit regretful [that it wasn’t chosen] so we want a lot of people to listen to it.” After listening to the track, Kim Chang Ryul praised the song and said, “Jinyoung gave you guys a really great song.”

Kim Chang Ryul also cheered on the girls in their promotions and stated, “I hope this was a time for you guys to talk about everything that’s been hard. I hope you guys win first place at a music program.” Oh My Girl thanked him and said, “We’ll work hard at promoting ‘Secret Garden,’ so we hope it receives a lot of love.”

Oh My Girl
Kim Chang Ryul's Old School
How does this article make you feel?