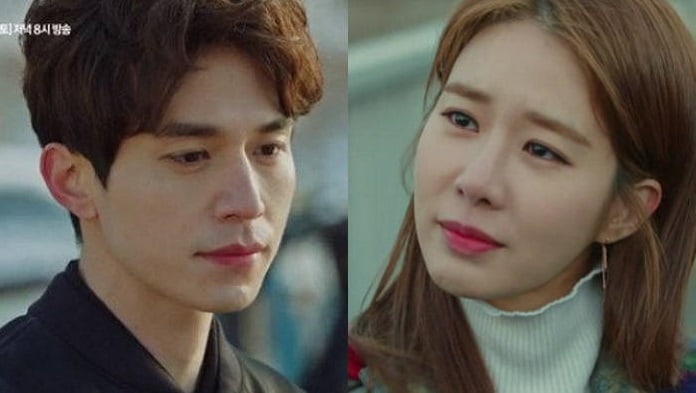 Secondary K-Drama Couples From 2017 We Need More Of

It’s hardly breaking news that the secondary couples of K-dramas can be just as gripping as the leads and are often the reason viewers stay with dramas they had almost given up. In the past, we’ve had Yoo Jung and Hak Chan from “Reply 1997,” Ga Eul and Lee Jeong from “Boys Over Flowers,” and Chan Young and Bo Na from “Heirs” to name a few. All hard acts to follow, but the couples from 2017-18 are certainly tough contenders.

Below is a list of the top secondary couples in K-dramas of the last year in no particular order. Lovely, steamy, and exciting, they’ve got it all! Is your fave on the list?

“The Liar and His Lover” – Yoo Shi Hyun and Soo Yeon 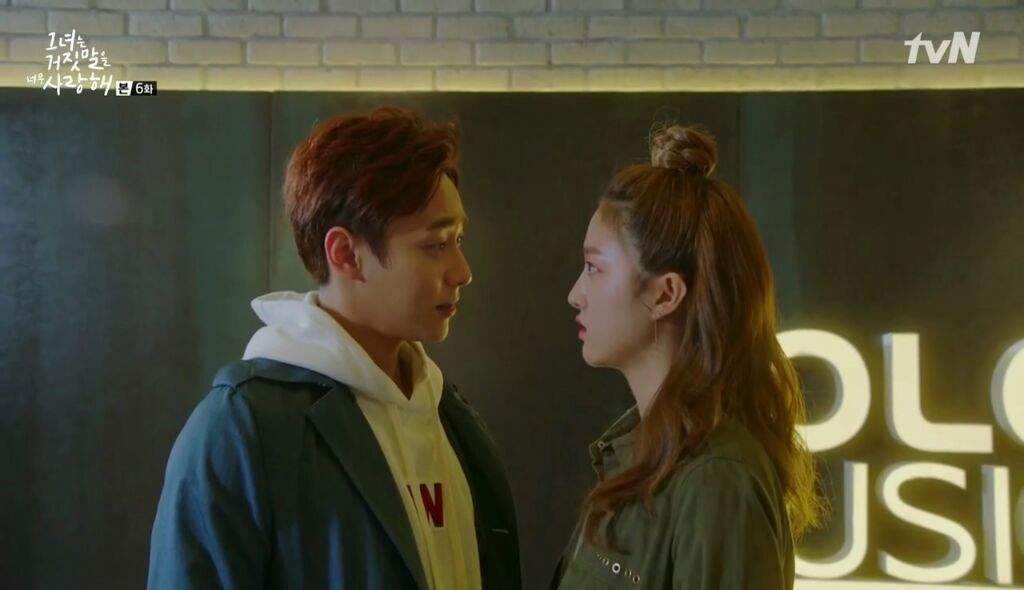 Despite the very little time Shi Hyun (Sung Joo) and Soo Yeon (Lee Ha Eun) share together on screen, viewers enjoy an obvious spark between the two in “The Liar and His Lover.” Going beyond the typical “Will they, won’t they” for more of a “When the heck will they,” this couple seems to purposefully misunderstand each other in every attempt to jeopardize their own chances. Thankfully you just can’t fight a love this strong, with Shi Hyun looking at Soo Yeon like she invented the internet every time they share space. 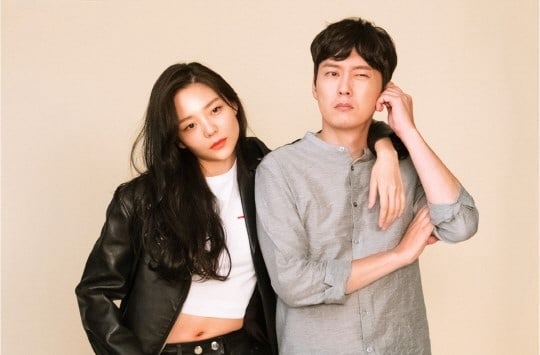 Soo Ji (Esom) and Sang Goo (Park Byung Eun) are just cool. They share an air of confidence about them that clearly makes them a good match, and their scenes together drip with so much chemistry it seems like a sin that they aren’t the lead couple. Not that the lead couple isn’t just as lovely…

These two have already slept together when they’re introduced in the drama, but Soo Ji isn’t interested in taking their relationship any further. Sang Goo is in a one-sided crush until Soo Ji finally makes the first move, a rarity in K-drama. The scene plays out so well, as she has always been the more confident and outgoing of the two. They’re one of the more mature couples in dramas this year, arguing over work, writing a rather formal contract for their relationship, and skipping over all of the usual pretense before a love confession. Both know where the other stands and what they want, but it takes time for everything to fall into place for them. 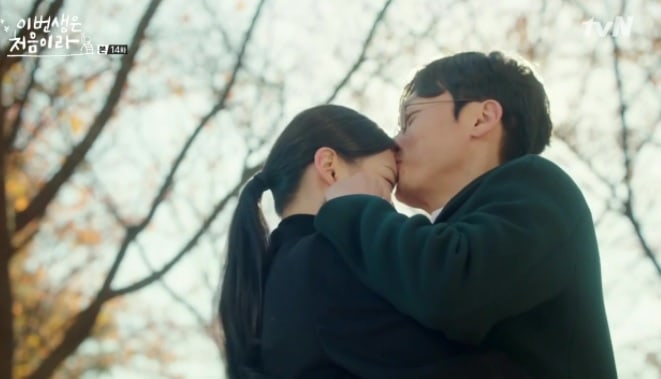 Enjoy the first episode of “Because This Is My First Life” below! 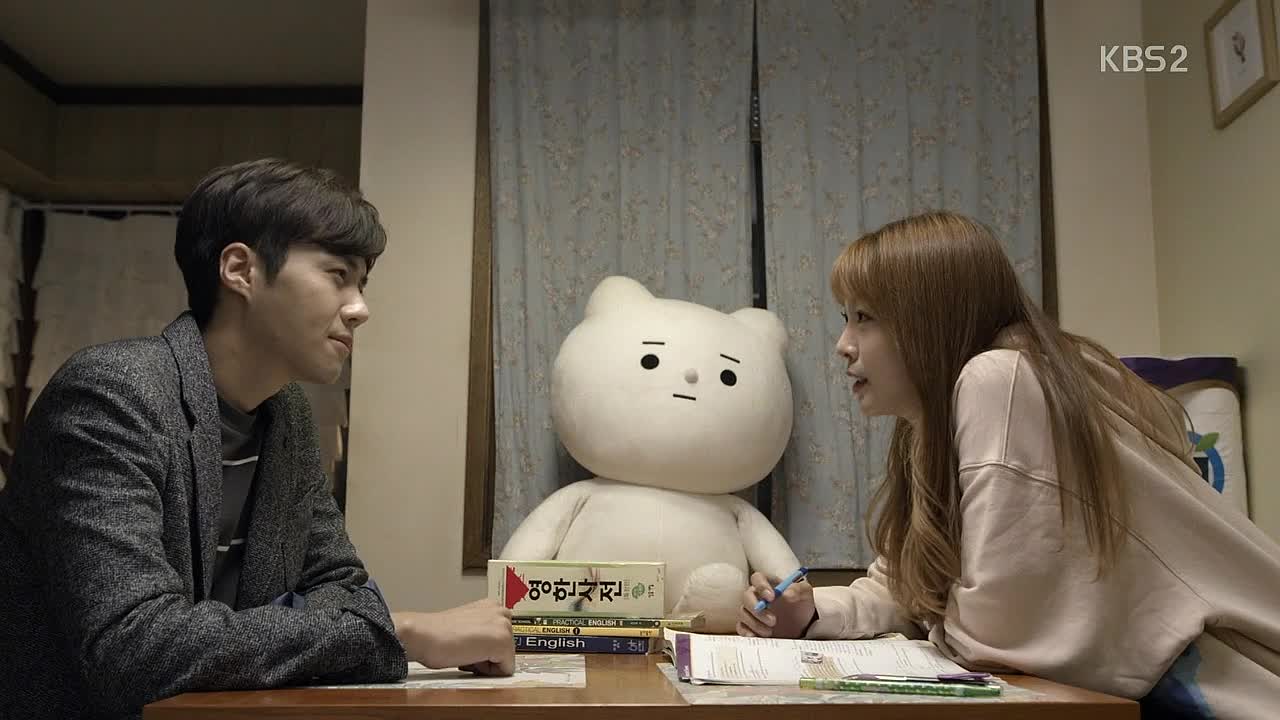 This is one of those love/hate relationships that starts with some misunderstanding or disagreement that then blossoms into something slightly warmer, eventually developing into love… only this one takes a bit longer than the usual, and during the hate period they really seem to revel in making each other’s lives a misery.

All in all, that’s what we love about Ji Yoon (Go Won Hee) and Jin Kyu (Kim Seon Ho)! Both halves of this couple have a wicked sense of humor and seemingly no shame. They had a similar upbringing, both from wealthy families with parents that have pressured them one way or another into lives they don’t want to lead, and so they fit well together though they’d hate to admit it. 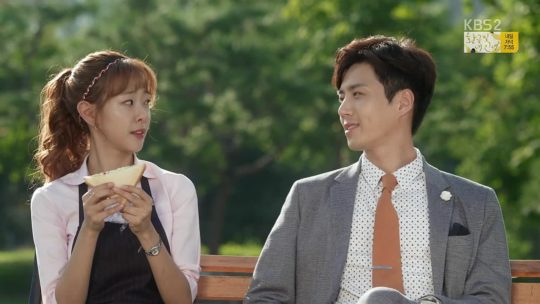 One confesses their love for the other on the first date just to get a rise out of them, the other shows no concern over dunking their date’s face into their soup with no warning or reason but it’s that spontaneous, facetious attitude that they grow to like in one another.

“Bride Of The Water God” – Bi Ryum and Moo Ra 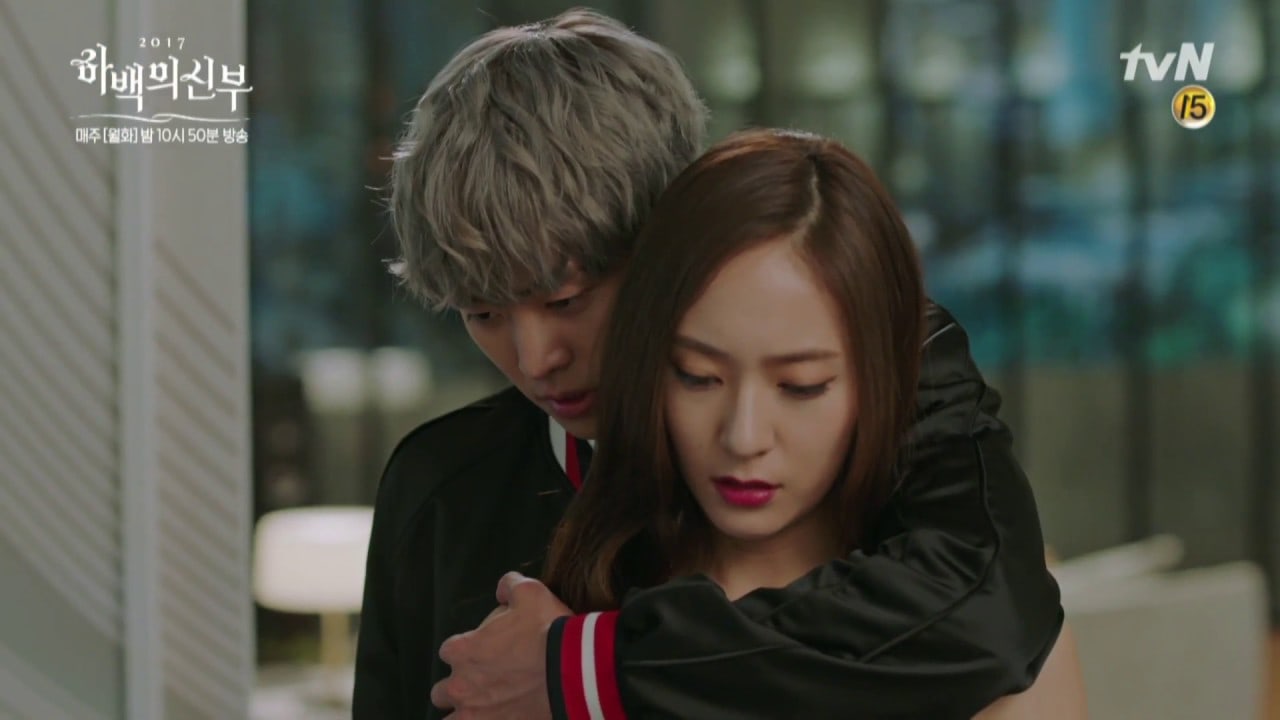 Moo Ra (Krystal Jung) and Bi Ryum (Gong Myung) almost seem like siblings when they’re first introduced, bickering with the same sharp tongue and quick wit. But it soon becomes clear Bi Ryum is at least in a one-sided love that Moo Ra may just be afraid to admit she shares. They butt heads throughout the show whilst maintaining a closeness that allows Bi Ryum free access to Moo Ra’s home. This means they’re almost always together; again, their relationship almost feels like one of family, wherein no disagreement or fight is enough to truly tear them apart. At its climax their relationship is pure steam; their chemistry is palpable and it feels like an eternity waiting for them to finally break down each other’s walls and get together.

Dive in to “The Bride Of The Water God” below! 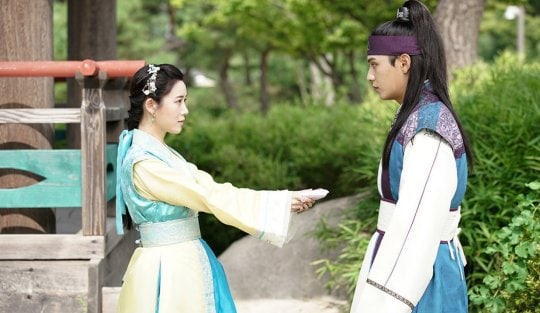 These two started out on shaky ground, with Soo Yeon (Lee Da In) accusing Ban Ryu (Do Ji Han) of assaulting her in the street after grabbing him inappropriately, mistaking him for her brother… yes you read that right. Strangely, Ban Ryu doesn’t run a mile after that little encounter and ends up finding Soo Yeon endearing, immediately acting like a man in love when Soo Yeon writes to apologize.

Their union continues on a difficult path, with obstacles like an angry brother and a sneaky plan to overthrow the queen to contend with, but amidst it all this couple remains simply adorable, with an innocence that shines through and makes them a joy to watch. 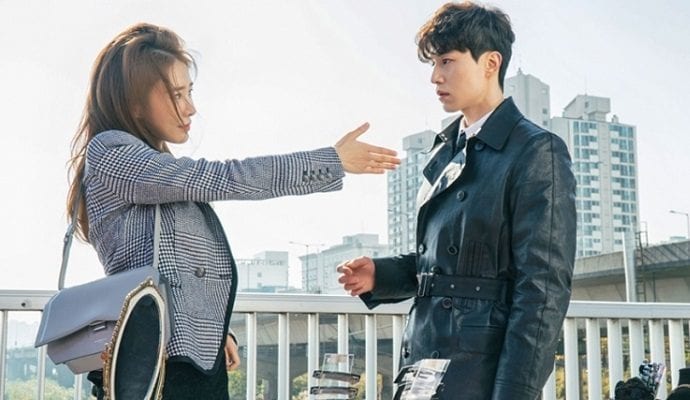 Arguably one of the best couples of 2016-17, spanning centuries and continuing through different lives, these two share a tragic love that is also somehow a source of comic relief at times when the lead couple is on a bit of a downer. Sunny (Yoo In Na) is the embodiment of her name, cheery and bright with an outgoing personality that clashes with the awkward Grim Reaper (Lee Dong Woo), who looks at her with a mix of adoration and fear.

The scenes these two share are a step away from the narrative of “Goblin” that appear unrelated to the plot but are actually tied very deeply into the lives of the other characters and extremely meaningful, whilst being a whole lot of fun.

Fall in love with the first episode of “Goblin” below!

Which secondary couple of 2017-2018 is your favorite? Let us know in the comments below!

Soompi Spotlight
Hwarang
Goblin
The Liar and His Lover
Bride of the Water God
Because This Is My First Life
Strongest Deliveryman
How does this article make you feel?