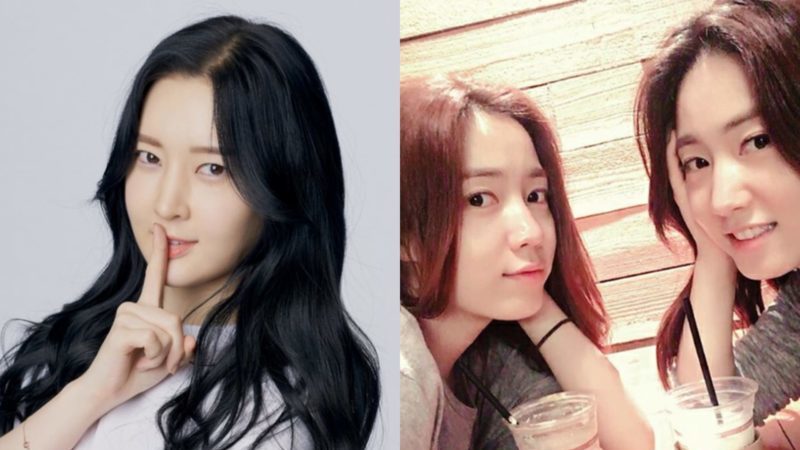 In a new interview, former T-ara member Han Areum talked about coming to terms with Ryu Hyoyoung and Ryu Hwayoung over the bullying controversy years ago.

Han Areum, who became a member of T-ara in 2012 along with Hwayoung, left the group one year later due to health reasons. However, she became swept up in rumors of discord with the members and rumors of having received a threatening message from Ryu Hyoyoung who is Ryu Hwayoung’s twin sister and a former member of F-ve Dolls.

When asked about the truth, Han Areum replied, “It’s true that Hyoyoung sent me a threatening message. However, she contacted me after I left the group. She apologized and worried about me a lot. She said she was really sorry.”

Han Areum continued, “Honestly, they were harsh words but I understand that she could see it in a negative way having been in an angry state. I already received an apology, and to be honest, I don’t really remember the emotions from that time anymore. If I think about it now, it was just a ridiculous and funny issue.”

Han Areum also mentioned Hwayoung, saying, “Hwayoung, who was a T-ara member with me, honestly took care of me a lot. She treasured me a lot because we were both new members. When I appeared on KBS’s ‘AM Plaza’ with my mom, she captured a screenshot of me crying and uploaded it on social media. She was a friend who cared for me a lot.”

Han Areum added, “At that time, I was very upset that Ryu Hwayoung and Ryu Hyoyoung received a lot of criticism from the public because of what happened between us. It was because, in a way, they were the people I was most grateful to.” She concluded, “I’m really fine now. I let go of the past and started anew. I hope many good things will happen to them and me.”

Han Areum
Ryu Hwayoung
Ryu Hyoyoung
How does this article make you feel?