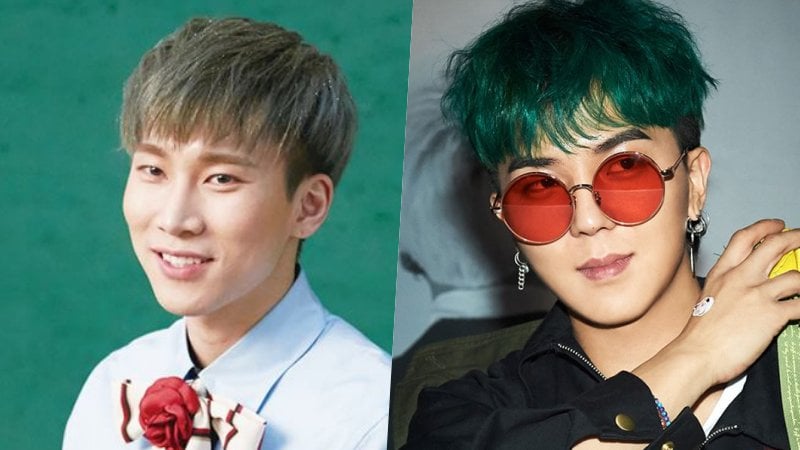 BTOB’s Eunkwang and WINNER’s Song Mino might have a blossoming bromance in their futures!

On January 10, Eunkwang talked with fans through Instagram Live. During his live chat, he received a text message from Song Mino and expressed his happiness about it.

Eunkwang explained how he and Song Mino had exchanged phone numbers earlier during the 32nd Golden Disc Awards. Later, Song Mino gave further details during a V LIVE broadcast and said, “We were passing each other backstage when Eunkwang hyung first gave me a tissue with his number on it.”

Song Mino continued, “My feelings are a little strange.” His fellow WINNER members laughed as Song Mino talked about Eunkwang’s stealthy tactics. He also mentioned that he wants to meet Eunkwang and how he thinks Eunkwang has a good personality.

WINNER members then asked Song Mino how Eunkwang replied to his text to which Song Mino answered, “It’s not like we’re dating.” This comment made his members laugh all the more.

What are your thoughts on Eunkwang and Song Mino’s new friendship?

WINNER
BTOB
Eunkwang
Song Mino
How does this article make you feel?