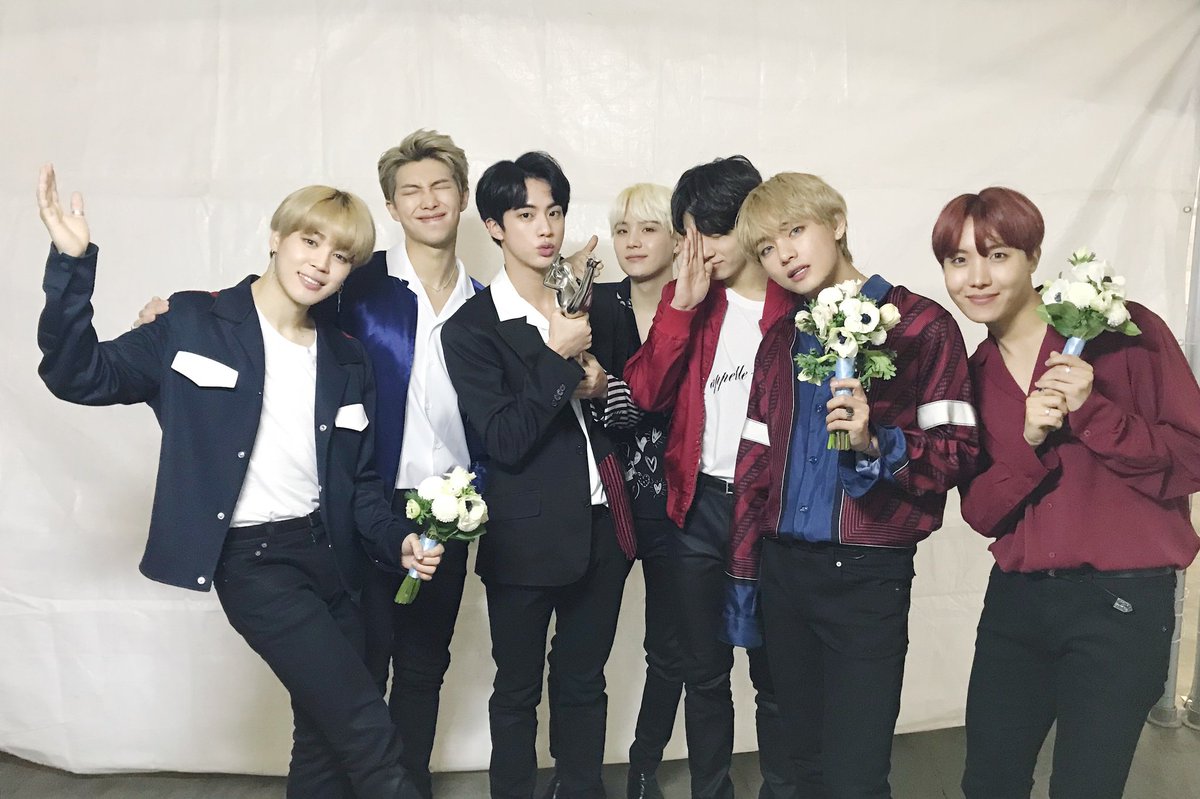 BTS was then announced as the winner of the night’s Grand Prize. This is the first time that the group has won a Grand Prize at the Golden Disc Awards. Leader RM began the speech by saying, “ARMY! You’re watching, right? We really love you!”

The members took turns during their acceptance speech to thank everyone and express their love. They were sure to thank their fellow members, Bang Shi Hyuk, their agency staff, managers, their parents, and their fans ARMY. 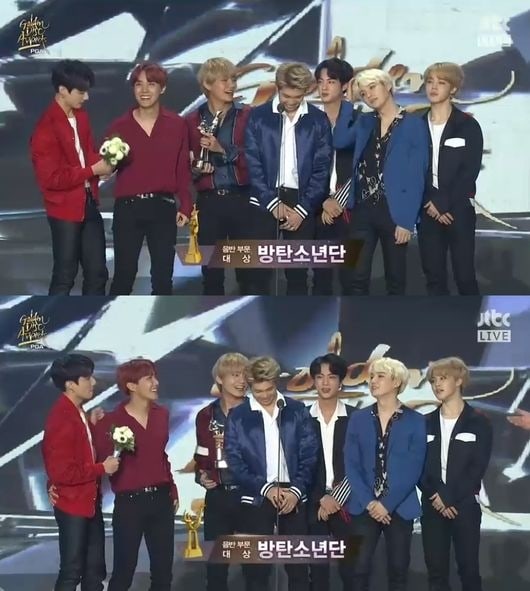 Jimin thanked fans as he said, “More than anything, ARMY is always, always supporting and loving us, and I think that’s why we’ve been able to achieve this. So while I don’t know how far we’ll go, I think I want to always be together with you. Thank you so much. Starting from today, we’ll work hard to make great memories this year too. We’re always grateful.”

Jungkook took the opportunity to express his love to his mother, after being unable to fulfill his promise to say it at one of their concerts. J-Hope also commented, “Now that we’ve received this great award, the records and accomplishments we achieved in 2017 suddenly feel real.”

BTS
32nd Golden Disc Awards
How does this article make you feel?