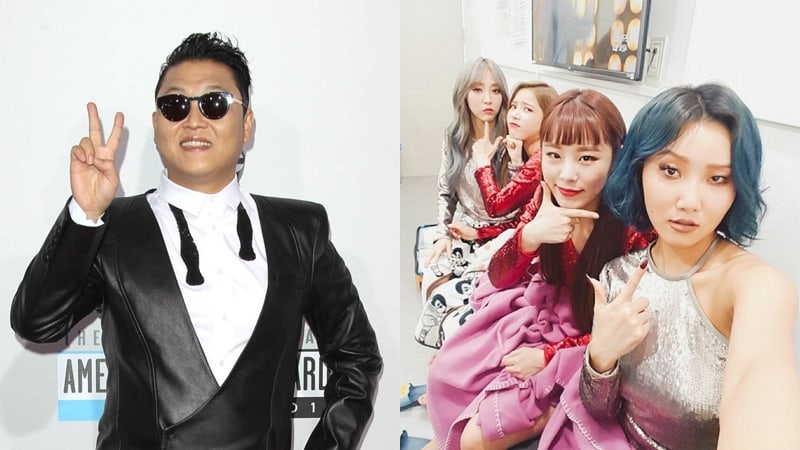 12 Comical K-Pop MVs To Turn Your Frown Upside Down

Serving as visual complements of our favorite songs, music videos always introduce interesting plots that either leave us with a brain teaser or in awe. Thankfully, they’re not always ambiguous: sometimes, they simply take an entertaining turn, much to our delight.

To humor you, here are 12 comical K-pop MVs that are bound to turn your frown upside down!

While wandering in Seoul, the five members shared dorky footages of moments they spent together as they relayed their happiness and showed us how they like to party throughout the clip.

It’s hard to pick a single PSY MV since his videos usually have a specific pattern: a mix of playfulness and silliness accompanied by a series of role-play, and crowned with a dynamic choreography as seen below.

Who doesn’t like dad jokes? The quadruplet made sure to bring cheesy jokes to life by literally portraying some of their lyrical wordplay with props in the video, before laughing their hearts out while watching a punny TV show.

These hot potatoes sure know how to draw a smile on our faces! With a plot that switches between reality and expectations, the band hystericaly shared their take on what a life of fame would look like.

Roughly borrowing the concept of the popular TV show “Friends,” the seven boys friskily chased after their crush, only to find out that they were all falling for the same girl who ended up blowing each one of them away, to the letter.

Everything about this MV is bubbly: So many funny scenarios came together, from the nerd getting bullied and being saved by her classmates in a chucklesome manner, to the final scene where Somi’s father schools her ex-boyfriend after learning that he broke up with her.

There is a thin line between sanity and madness, and the best part is when hilarity comes in-between. The hyper members went crazy as they showcased an entertaining choreography that would surely make anyone watching this MV feel over the moon.

These fun boys are widely known for their humor, and this time they made it into a motion picture. The droll idols hosted a movie night as they watched themselves re-enact memorable films, such as “Suicide Squad” and “8Mile,” while jokingly reacting to each other’s acting.

Nobody mixes wit and badass like Lee Hyori does. Through her cynical storyline, she tells the tale of a girl who has been rebelling against her unjust environment since a very young age in a humorous atmosphere.

It takes a lot of effort to find the girl of your dreams, let alone keep her. In this hilarious clip, Heechul has unintentionally done everything that would push a girl away. Luckily, he knew exactly how to right his wrongs and win his girlfriend back.

If anyone knows how to party, it’s definitely JYP! Joined by Conan and Steven, this unusual but fiery group precisely showed us how to have a good time in Korea with a sip of K-pop tonic, a pinch of satire, and amusing cameos from TWICE and former group Wonder Girls.

Goofy and wild are the perfect terms to describe YG’s fierce duo who moved the party from their homes all the way to the club. The taxi scene surely gave us a laugh, followed by the silly moment when Mino and Bobby were hiding from the police.