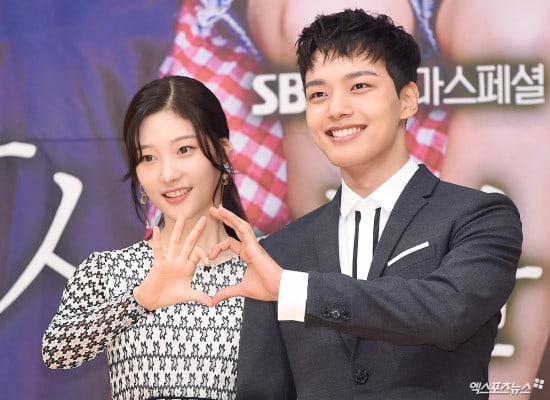 DIA’s Jung Chaeyeon shared what it was like to work with same-age friend Yeo Jin Goo.

The January 11 episode of KBS2’s “Happy Together 3” featured Han Eun Jung, Kim Ji Min, Chae Yeon, and DIA’s Jung Chaeyeon as the guests for the first part of the show.

On this particular episode, Jung Chaeyeon spoke about her “Into the World Again” co-star Yeo Jin Goo. The two stars were both born in 1997, making them friends who are the same age. 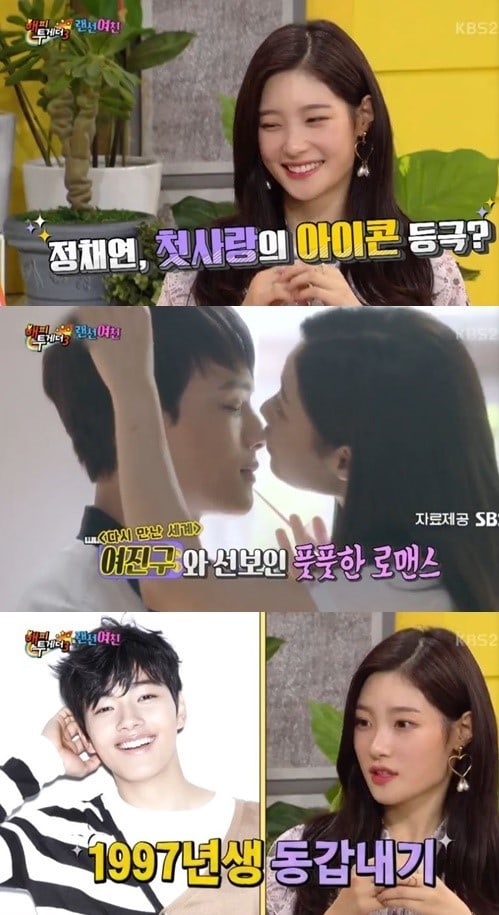 In regards to Yeo Jin Goo, Jung Chaeyeon shared, “He gave me a lot of faith. He’s someone with a lot of experience. The drama set is still awkward and unfamiliar for me, so he gave me a lot of advice when I wasn’t sure what to do, which was reassuring.”

The DIA member also touched on their scene where Yeo Jin Goo gave her a piggyback ride. She said, “It was really late at night. I just needed to get on his back and sleep, but he had to carry me on his back. I felt bad so I said, ‘I’m not as heavy as I look.’ He responded, ‘It’s fine. I worked out a lot, so I can carry you well,'” much to the envy of the other guests. 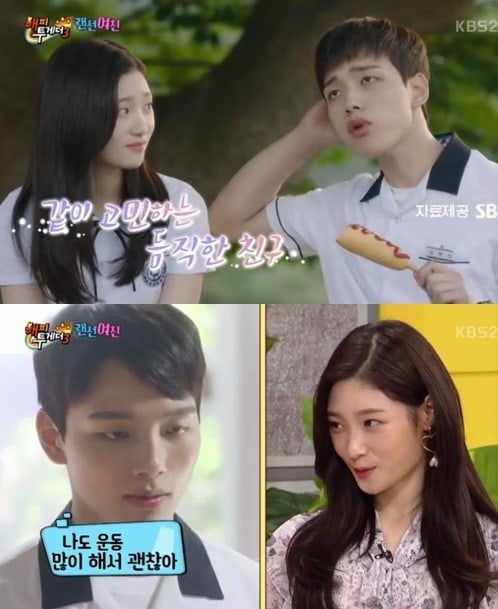 You can catch Jung Chaeyeon and Yeo Jin Goo in “Into the World Again” below!

DIA
Jung Chaeyeon
Happy Together
Yeo Jin Goo
XPN
How does this article make you feel?