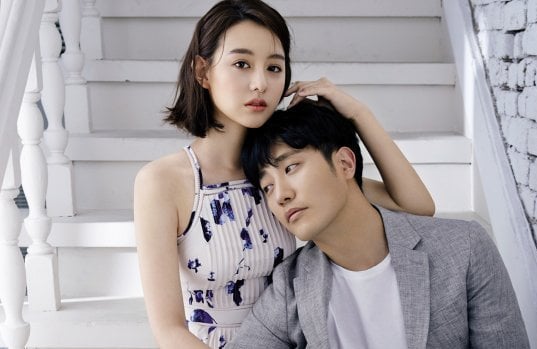 The Goo-Won couple is reuniting!

Jin Goo and Kim Ji Won shot to new heights of popularity after playing the much-loved second-lead couple in the Kim Eun Sook-penned drama “Descendants of the Sun” in 2016.

Now they are returning to make a cameo in Kim Eun Sook’s new drama “Mister Sunshine,” which is also directed by the “Descendants of the Sun” director Lee Eung Bok.

The news was broken on January 12 by TVReport and confirmed later by a source from “Mister Sunshine.” Kim Ji Won’s agency, Starship Entertainment, released a statement that said, “It’s hard to reveal the exact concept at the moment. Filming hasn’t yet begun.”

“Mister Sunshine” stars Lee Byung Hun and Kim Tae Ri and tells the story of a young Korean boy who is swept off to the United States in the year 1871 and returns later to his native land as a soldier. It is slated to premiere in July.