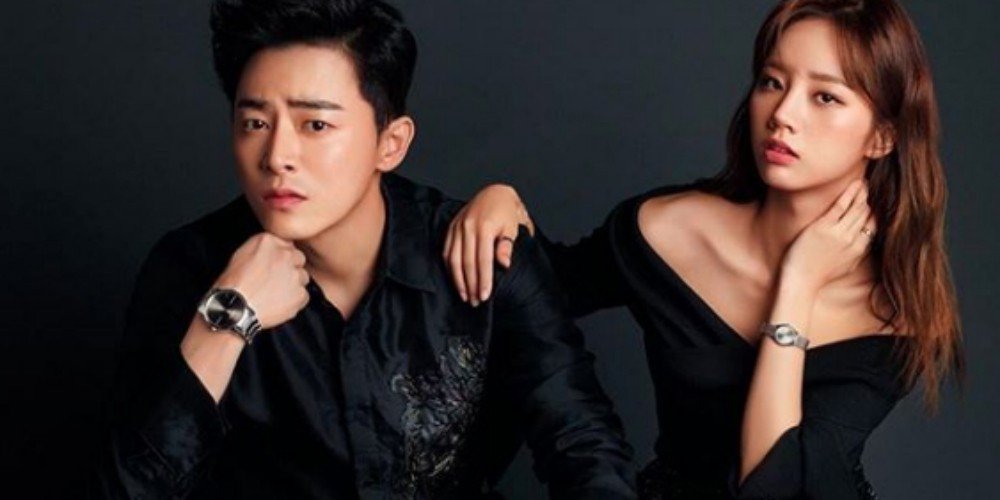 With twenty-eight half-hour episodes behind it, “Two Cops” certainly has had time to deliver some deliciously adorable couple magic — and deliver it has. Hyeri as Song Ji An and Jo Jung Suk as Cha Dong Tak are a demure, understated, but satisfying main pairing. Luckily for us, the romantic allure of “Two Cops” doesn’t stop there. Oh no. In fact, we have two other couples who traipse through each episode: the sneaky couple comprised of Ji An and Kim Seon Ho as Gong Soo Chang (Y’know, when his spirit possesses Dong Tak’s body); and the bromantic couple of epic proportions made up of Dong Tak and Soo Chang. Craftily threading through the fabric of “Two Cops,” these couples not only provide (b)romantic thrills, but also evolve into reliable friendships and functional partnerships. All of the elements combine into relationships we can love as much as these people (and spirit) love each other.

Amazing moments between these three individuals in various pairings are abundant in “Two Cops,” but here are 8 of the best on which we can feast our hearts and eyes.

Dong Tak and Soo Chang don’t start out as the best of friends. As you can see from the priceless gif above, when Soo Chang is in corporeal form, unsmiling Dong Tak has very little patience for the adorable swindler. This smack shapes the groundwork for a fine friendship that does eventually turn a little less violent and a lot more romantic. Look how perfectly the moment is timed. This couple was meant to be.

Those who kick butt together, stay together

Obviously, a little bit of violence leads to some impressive joint action scenes that prove these two are a match made in heaven — er, handcuffs. Who doesn’t want to root for an underdog pair who can run on cars and take down baddies while handcuffed together? Their bromance is firmly underway.

When Soo Chang’s soul unexpectedly pops out of his body, he literally has no one to turn to but a very annoyed Dong Tak who is initially unable to see Soo Chang’s spirit form. After listening to Soo Chang yak all day, Dong Tak begins to lose faith in his sanity and wildly searches for the owner of the voice. Said owner delights in mocking Dong Tak as he wildly flails in an effort to pinpoint the source of the incessant chatter. Who doesn’t love watching bromance bloom?

Both Soo Chang and Dong Tak have the same taste in women. Well, to be exact, one woman: Ji An. When she is in danger, they both reach out to save her and it becomes a tag team effort. Dong Tak starts with a leap, and Soo Chang takes over both Dong Tak’s body and the saving of the damsel. Flawless and impressive, however unintended.

While Soo Chang is an open flirt and wears his heart on his sleeve, Dong Tak is much more reserved in how he shows affection. Mix them together, and Ji An becomes the recipient of some hysterical banter and the unfortunate woman who, for a long time, remains confused and ignorant of the reality of Dong Tak’s (and Soo Chang’s) situation. That doesn’t stop them both from loving her. Lucky gal.

When a man loves a woman

Please read the captions above and say it with me: Are too! She is SO a woman to you, Dong Tak! Look at her face, she knows it. This is such a glorious, triumphant moment for every romantic. And, good for Ji An to call him on his feelings. Sometimes a woman just has to lead the way.

The captions on these gifs really explain it all. The expectation of what Ji An will get with Dong Tak is definitely not what she gets. This scene is laugh-out-loud funny, more so because Dong Tak is known as a serious man. Who knew he was so full of salt? Ji An now sure does. It’s such a delightful play on the usual dramaland romantic moment that it makes this a special one, if not quite romantic.

Although it will inevitably end in heart break for one man, both Soo Chang and Dong Tak have expressed their feelings through some gorgeous onscreen kisses executed by expert Jo Jung Suk. Did anyone else besides me rewind these? These are mostly definitely two of the strongest couple highlights.

Which was your favorite couple moment, Soompiers? Let me know in the comments!

Raine0211 is a lover of all things Korean, especially K-pop, K-drama, and Korean food. When she’s not writing for Soompi, she’s playing the cello and singing. She happily indulges in all kinds of K-pop, but her biases are SHINee (You worked hard, Jonghyun), Infinite, and VIXX.