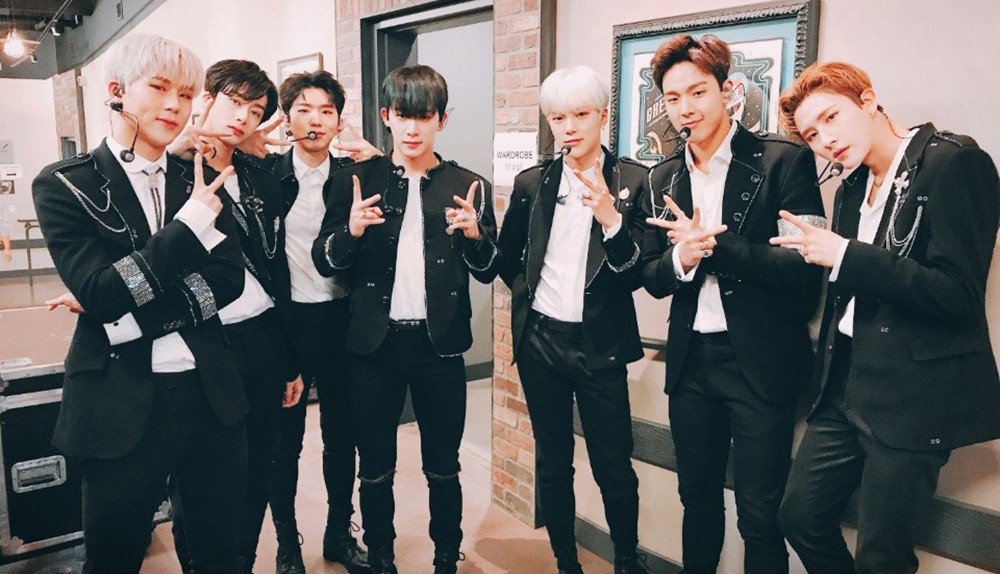 12 Times MONSTA X Members Were The Most Relatable Idols Ever

One of the greatest feelings about following your favorite group and watching all their available content is finding those extremely relatable moments, when all you can say is: “same.” The MONSTA X members seem to do remarkably well in this area. No matter what variety show, interview or random footage you choose, there will always be at least one member you can relate to.

Just look at these meme-worthy moments of MONSTA X and compare them to your everyday life!

Starting off with K-pop’s resident meme king, Hyungwon; it’s impossible to choose only one from his wide selection of iconic vines, gifs, and videos. Sometimes it feels like whatever he does ends up being a meme, so let’s just see a few emblematic Hyungwon things to brighten our day!

One cannot miss this powerful video that ended up on 9GAG…

When you’re about to say something but then decide it’s not worth the effort pic.twitter.com/NA7V8hGDuF

and Hyungwon’s second appearance on the comedy site with his “enthusiastic” dance moves!

When you’re dead inside but still want to party

He also provided us the reaction gif of the century…

and showed how all the single ladies are feeling during a parody of “Goblin.”

When you meet your favorite idols

How would you react if a MONSTA X member said he loves you, too? The group’s youngest I.M demonstrated perfectly how fans feel at a fansign and we can’t be thankful enough to Hungarian model Barbara Palvin for making Changkyun all flustered and cute.

Wonho knows our feelings way to well. When you’ve just spent all your money on the album and lightstick, you’ve got to show them to the world. You might be happy, but your bank account is definitely not.

It’s hard to decide which one is more relatable: Jooheon’s confession of hating to study and only liking music as a kid or Minhyuk’s adorable almost perfect translation? Let’s be real, we all are probably Kihyun, laughing and cringing at this beautiful conversation.

Being obsessed with something

In Wonho’s case? Ramyun. It’s fully understandable, though: who wouldn’t love a nice hot cup of soup? Especially if you can share it with MONSTA X’s visual.

When people ask about your hobby

Honesty is the key, if you ask Changkyun. 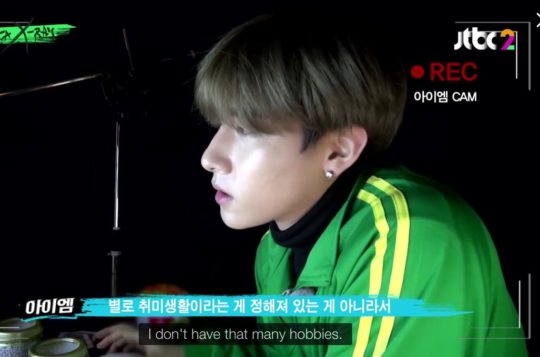 When you try your best, but you don’t succeed

Shownu in the gym is just too damn real. It’s all of us at the beginning of the year as we try to burn the extra pounds we gained during Christmas.

Now talking about the extra weight, we have a perfect explanation.

Wearing short skirts has its ups and downs, and Hyungwon and Kihyun know the struggle way too well after “MONSTA X-Ray 2.” 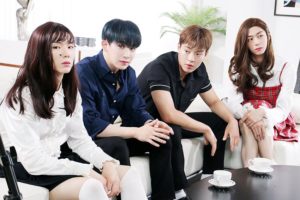 Getting turnt in the club like Kihyun and Minhyuk

The PPAP video was full of craziness! By the way, these moves work perfectly with MONSTA X’s club bangers, too.

Works for every situation.

Last but not least: our reaction, when MONSTA X is on screen

There’s just so much to love about these boys and we can’t help but be excited for them every single time.

What are your favorite relatable moments? Tell us in the comments below!

Make sure to check out MONSTA X, special MCs (with Oh My Girl) for the 13th Annual Soompi Awards!

When she’s not studying or working, fanniberger spends her time obsessing over K-pop groups, binge watching dramas and variety shows and drinking way too much bubble tea. She believes there’s a fitting Hyungwon meme for every situation in her life. Say hi to her on Twitter and Instagram!

MONSTA X
Soompi Spotlight
How does this article make you feel?