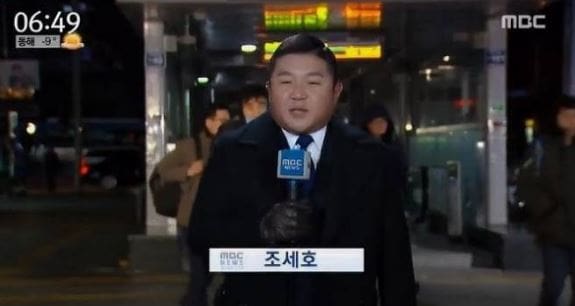 Comedian Jo Se Ho surprised everyone by transforming into a weather forecaster for the morning segment of MBC’s “News Today.”

On January 12, the news anchor Park Kyung Choo announced, “Seoul’s lowest temperature will drop to 15 degrees below Celsius (about 5 degrees Fahrenheit), and the worst cold has come to us yet. We have a one-day weather forecaster here with us today.”

The one-day weather forecaster was none other than Jo Se Ho. When the anchor asked him why he decided to become a weather forecaster in this freezing weather, Jo Se Ho answered, “I thought it would be nice to deliver today’s weather to everyone, despite the cold weather, so I came here without stopping.”

Following that, Jo Se Ho reported, “Today’s weather is extremely cold. Right now, my ears are very cold.” He listed the temperatures of different cities and commented about how the people behind him coming out of the subway are dressed in thick outerwear.

That wasn’t all though. Jo Se Ho also dressed up as General Winter with a frozen face. He said, “I prepared a prop today. If you see here, these are jeans. Thirty minutes ago, these jeans were wet with water, and now, they’re frozen like this.”

During the news segment, he also talked about becoming a permanent member of “Infinite Challenge.” He said, “First of all, I’m personally happy. I’m happy that I’m able to be on the program I wanted to do the most. If I just think about that, today’s weather isn’t cold at all.” 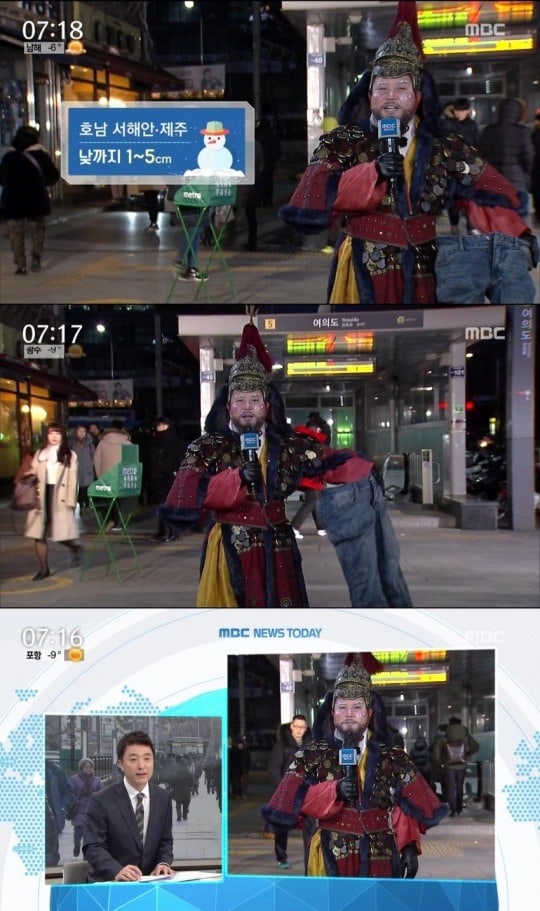 It turns out his surprise appearance on the news was actually for “Infinite Challenge.” According to the production crew of “Infinite Challenge,” Jo Se Ho was given only an hour to prepare and go on the MBC news as the weather forecaster for the show’s “1 Hour Prior” episode.

Last but now all, Jo Se Ho attempted to interview the citizens, but ultimately failed, causing the viewers to crack up.

A representative from his agency said, “He was on standby on site since 5 a.m. It was an extremely cold day, but the reactions of Jo Se Ho transforming into General Winter were great, so we’re thrilled.”

Watch the hilarious surprise below!

This segment will be aired on January 20 along with the other members’ “1 hour prior” experiences.

Catch up to the latest episode of “Infinite Challenge” below:

Jo Se Ho
Infinite Challenge
How does this article make you feel?