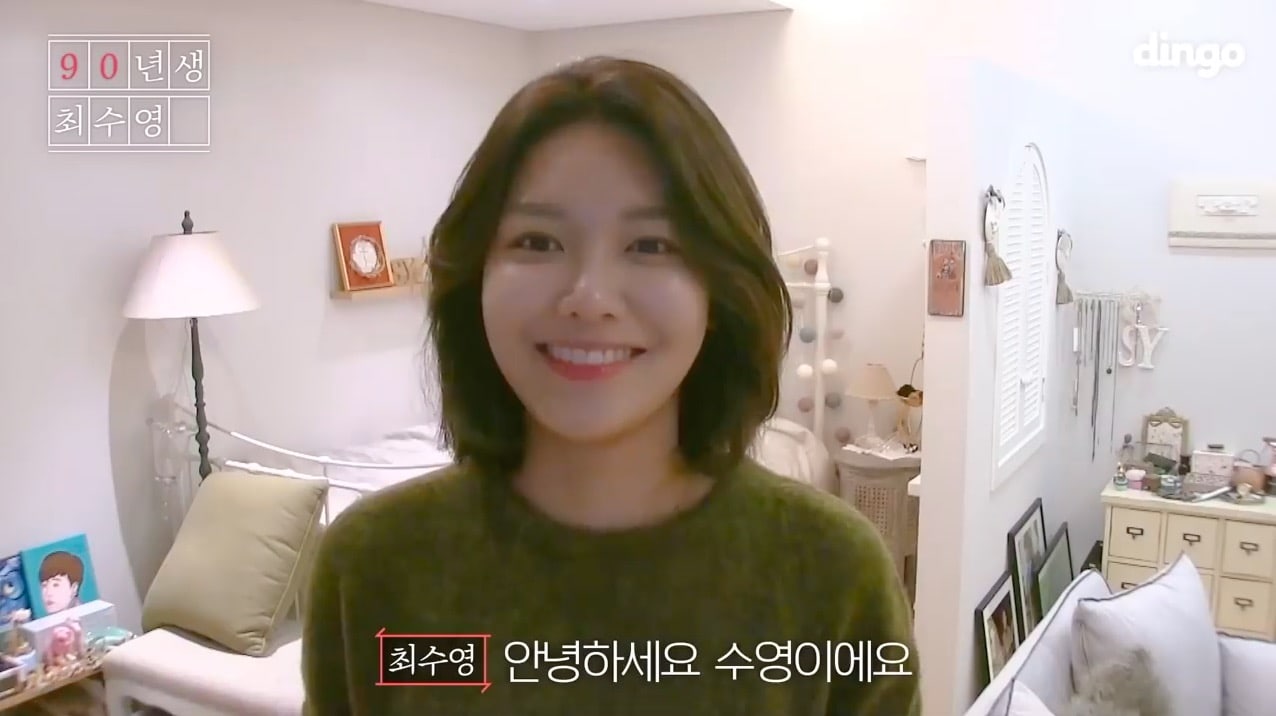 The first episode of “Born in 1990, Choi Sooyoung” has been shared, showing the daily life of Girls’ Generation’s Sooyoung.

“Born in 1990, Choi Sooyoung” is her first solo reality show, and she will be giving her fans a realistic peek into her daily life through it.

The first episode shows a normal day in Sooyoung’s life. She gets up at 11 a.m., attempts to cook something for her parents at noon, and cuddles with one of her dogs at 2 p.m. Then in the evening, she eats dinner and chats about a variety of fun and serious topics with her friends who’ve been there for her for 20 years.

Towards the end of the day, Sooyoung talks sweetly on the phone with her boyfriend Jung Kyung Ho of six years and promises to watch his current drama “Prison Playbook.” Then later into the night, she reveals her night skincare routine that is the secret to her flawless skin. That’s not the last thing she does before she sleeps though. Just like anyone else, Sooyoung enjoys eating late night snacks, and her choice for the night is ramen and kimchi.

Watch the details in the first episode of “Born in 1990, Choi Sooyoung” with English subtitles below!

The second and third episodes will go live on January 13 and 20 respectively.