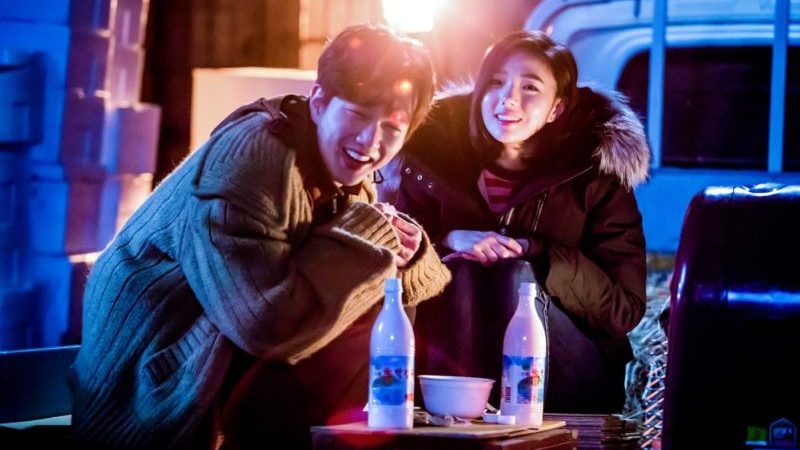 MBC’s “I Am Not a Robot” released behind-the-scene stills of Yoo Seung Ho and Chae Soo Bin looking sweet and cozy despite the frigid weather and desolate surroundings.

In the revealed stills, the two lead actors are thoroughly examining the script in the dark storage room and cold weather. Despite the situation they are in, they smile brightly as they practice their acting together, warming up the atmosphere. Even though the filming continued late into the night, they neither complained nor showed how tired they were. 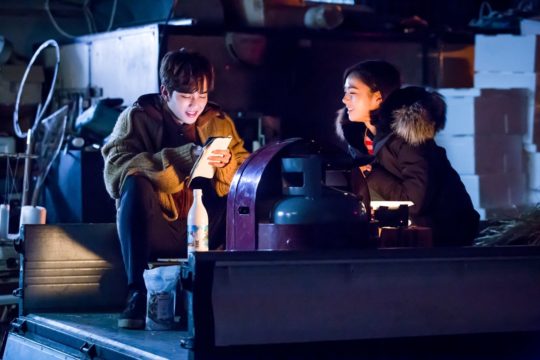 The production crew praised, “Yoo Seung Ho and Chae Soo Bin practiced even the smallest details they could’ve just ignored, and in every scene, they worked together to coordinate their actions after hearing each other’s opinions. They also brightened the atmosphere by showing warm consideration that melted the coldness.”

In episodes 23 and 24 that aired on January 11, Kim Min Kyu (Yoo Seung Ho) and Jo Ji Ah (Chae Soo Bin) get locked up in an agricultural machinery storage room. Through that incident, the two of them share their sincere feelings, causing their romance to fully blossom.

“I Am Not a Robot” airs every Wednesday and Thursday at 10 p.m. KST.