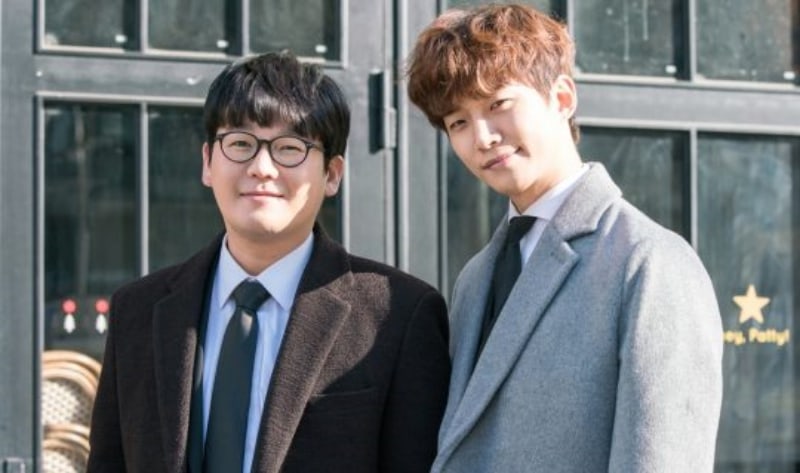 On January 13, JTBC’s “Just Between Lovers” released stills that take 2PM’s Junho and Kim Kang Hyun’s bromance to another level.

In the newly released photos, Kang Doo (Junho) and Sang Man (Kim Kang Hyun) seem to have given themselves a complete makeover. Instead of their usual casual look, the two men are perfectly dressed up in formal suits. Kang Doo is seen trying on different suits while Sang Man looks over his choices and helps him dress up. As Sang Man buttons up his suit jacket, Kang Doo is smiling brightly.

The last picture shows them heading somewhere in the carefully selected suits with their faces completely serious, raising the question of why they chose to dress up and where they’re going. 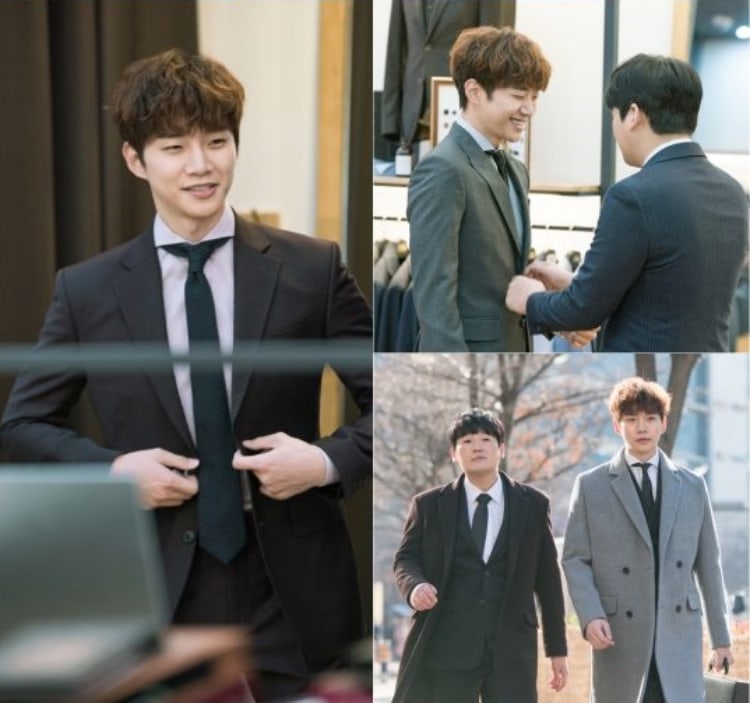 Sang Man has been acting like a real brother to Kang Doo, who has led a difficult life filled with loneliness. His character has been comforting both Kang Doo and viewers while also managing to crack them up on occasions. Sang Man will continue to be by Kang Doo’s side as he confronts what’s going to be the most important turning point in his life.

“Just Between Lovers” airs every Monday and Tuesday at 11:00 p.m. KST.

Kim Kang Hyun
2PM
Junho
Just Between Lovers
How does this article make you feel?