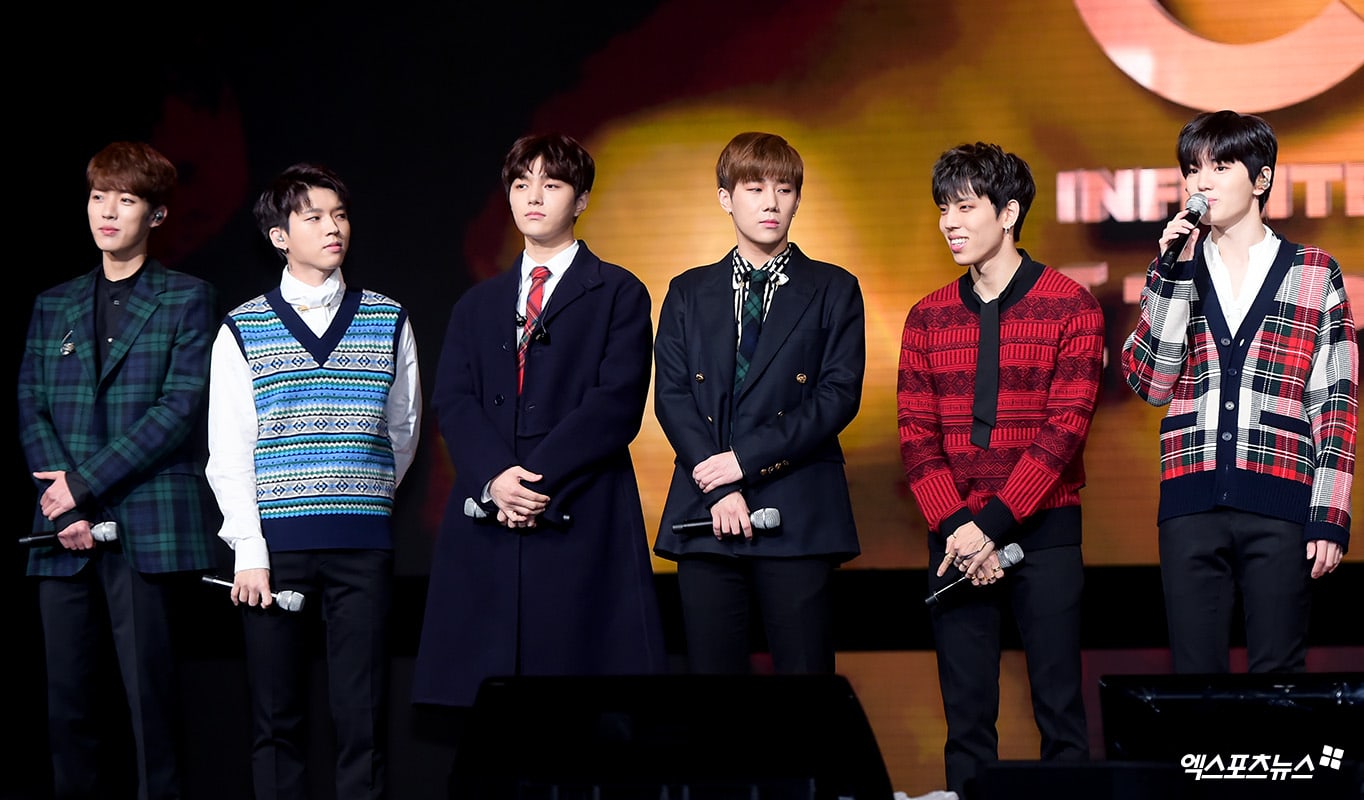 On January 24, INFINITE appeared as guests on SBS’s Power FM “Cultwo Show” and shared stories about each other.

When Cultwo pointed out, “We thought Sungjong would have a lot of tears,” the members answered, “Sungjong has a tough side to him, so he doesn’t cry often.” Instead, they named Dongwoo as the member who has the most tears.

INFINITE also talked about their life after moving out of the dorm. Sungyeol shared, “I took over the agency CEO’s house. The CEO moved into a better one.”

As most members are actively taking part in dramas and variety shows, the members talked about their thoughts on the matter as well.

L, who received two awards at the 2017 MBC Drama Awards, explained that he felt sorry about not mentioning the members’ names while delivering his acceptance speech.

Sungyeol, who is currently starring in a daily drama, shared, “These days, some people recognize me from the drama instead of as a member of INFINITE.” Sunggyu also jokingly talked about working with Lee Kyung Kyu on “Living Together in an Empty Room,” saying, “I expected a girl group member or an actress to come, but Lee Kyung Kyu came.”

As for Sungjong, the singer revealed that he does not have plans to become an actor any time soon. He explained, “I don’t plan to act, because I’m a terrible actor. There’s a famous meme called Lemon Candy. I don’t think a producer would want to work with me unless they’re up for an adventure. I want to become an MC for a cooking or beauty show.”

Meanwhile, Dongwoo confessed that he was easily scammed. He shared, “I got caught up in a car sale fraud six times. I believe them even when something doesn’t seem right.”

He made the listeners crack up when he added, “I learned a lot about law.”