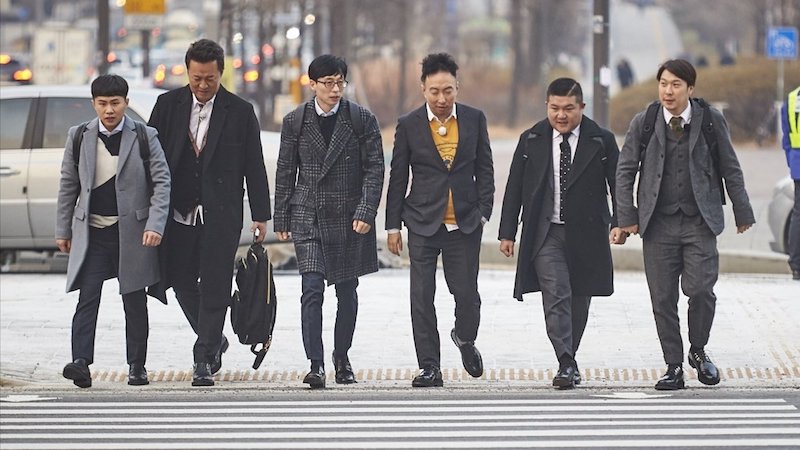 “Infinite Challenge” has presented its members with their first challenge of 2018: employment. The six members experienced what it’s like to apply for a position at a Korean company and the rigorous job application process.

After sending applications to 30 companies, “Infinite Challenge” received approvals from three companies. The members then completed resumes and cover letters, as well as preparations for the job interview.

The first company the members went to was Nexon, a game development company. Yoo Jae Suk, Park Myung Soo, and Jo Se Ho were placed in the first group for interviews, while Jung Joon Ha, HaHa, and Yang Se Hyung were in the second.

The members were bombarded with difficult questions from a broad range of topics. Park Myung Soo was criticized for seeming to lack a sense of teamwork, while Yang Se Hyung appealed to interviewers with his answers. 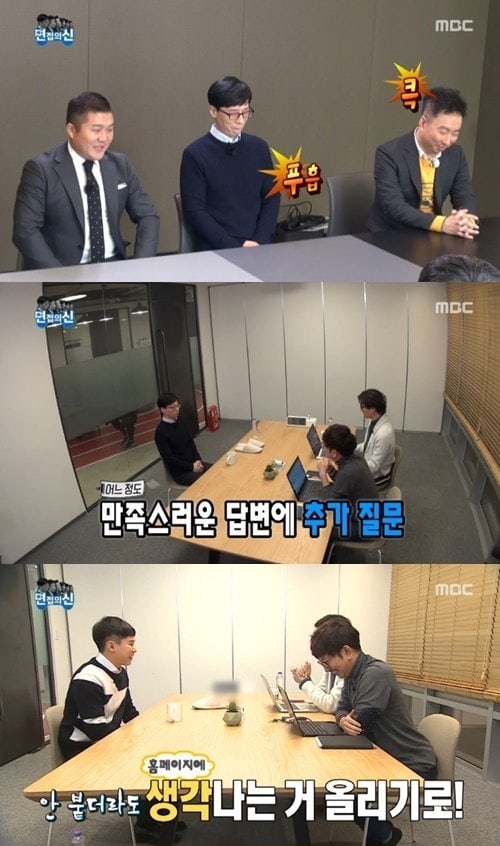 In the end, they received positive evaluations on their notions of entertainment and an overall outcome that they didn’t meet the standards of the company’s usual applicants.

“Infinite Challenge” members then tried their hand at an IT company of an app for food delivery service. This company had a more carefree atmosphere and held individual interviews. Although most of the members repeatedly made mistakes, Yoo Jae Suk impressed the interviewers with his answers, while Yang Se Hyung was given high points for his wit and observation skills.

The third and final interview was held at Haitai, Korea’s first confectionery company. Unlike what the members imagined, Haitai had a more office-like atmosphere than expected. The three-part job application process consisted of a cover letter, group interview, and an exam that tested their knowledge on many subjects such as the economy, current events, and creativity. 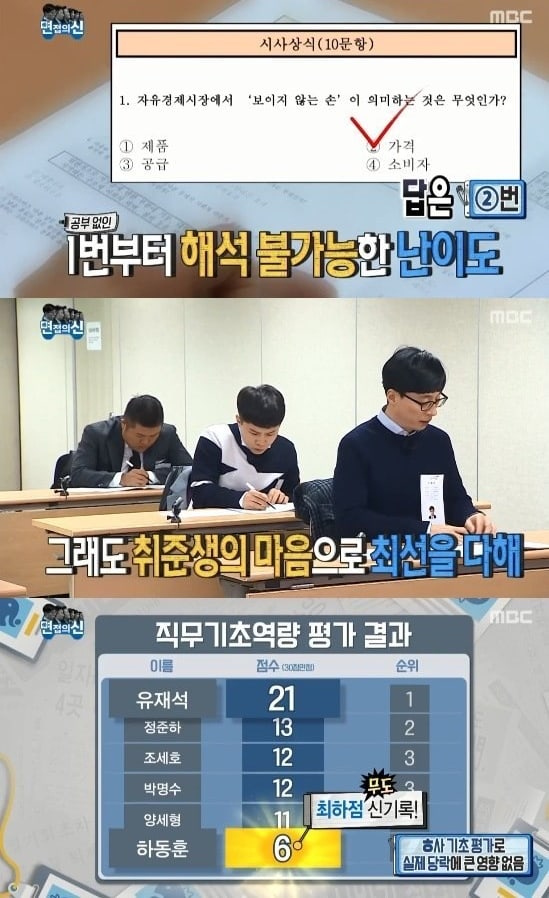 During the group interview, Yoo Jae Suk spoke about the pros and cons of his favorite snacks. Jo Se Ho introduced some of his ideas, and Yang Se Hyung surprised everyone with a creative name for a new product.

Jung Joon Ha spewed out many ideas and was praised for his sincere attitude towards food. In the end, Haitai chose Jo Se Ho as the best interviewee.

Watch the “Infinite Challenge” members take on the job market in the latest episode now!