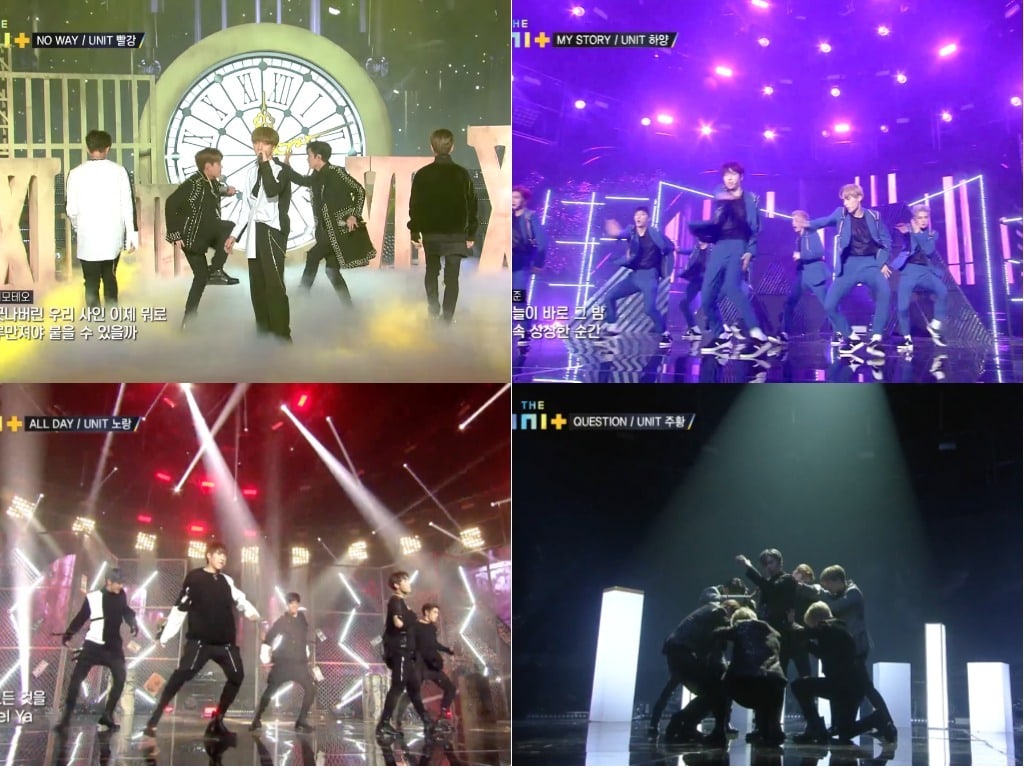 On the January 13 episode of KBS’s idol rebooting project “The Unit,” the male contestants performed new songs composed for them in order to win the benefit points and the right to shoot a music video for their song. All songs are set to be released digitally.

The Red Team, consisting of Jeup, Kanto, Timoteo, Suwoong, and Taeho, performed Seo Jae Woo and Breadbeat’s “No Way.” In the individual results after the performance, Kanto took first in his team, with Timoteo, Jeup, Suwoong, and Taeho following in that order.

At the end of the episode, the Yellow Team took first place in the team results, with Orange in second, Green in third, White in fourth, and Red in fifth.

You can watch the latest episode of “The Unit” on Viki below: