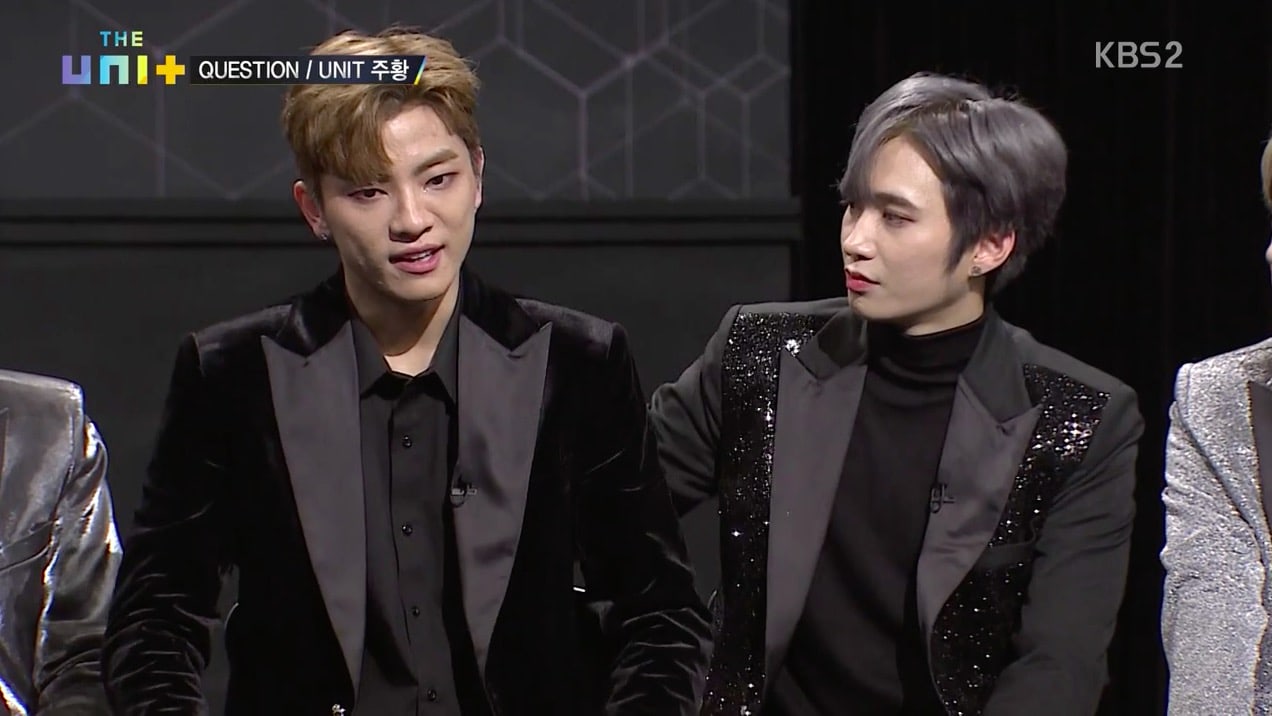 Daewon and Lee Geon of MADTOWN were able to reunite on stage and record a new song together on “The Unit” after experiencing a long period of hiatus and hardships as a group.

MADTOWN has been on hiatus since 2016, and the group has gone through a lot in the past year and a half. After being sold to GNI Entertainment when their agency J.Tune Camp shut down in 2016, GNI Entertainment then folded in early 2017 after its CEO was arrested for fraud. The group has been left without a dormitory, agency staff, or any way of making a comeback, but they remain in a legal battle with GNI Entertainment to be free from their contracts.

Daewon and Lee Geon made the choice to compete together on “The Unit” as another chance to fulfill their dreams, after being close friends for much of their lives.

On the January 13 episode of “The Unit,” Lee Geon and Daewon finally had the opportunity to be in same group together on the show when they were both chosen by BIGFLO’s Euijin as members of his team. They were joined by their friend Jeongha, Boyfriend’s Donghyun, IMFACT’s Ungjae, and IM’s Giseok to take on the mission of recording and performing an original song.

After the team members were decided, Daewon said in an interview, “It was so great. MADTOWN’s been on hiatus for about two years, but we’re able to be in the same group again because of this opportunity. So I really like this team.”

Lee Geon said, “More than anything else, it’s releasing music with Daewon again. If we’d done a different mission together, we’d only have been able to do the competition together, but the song will be released for this one so I’m really happy.” 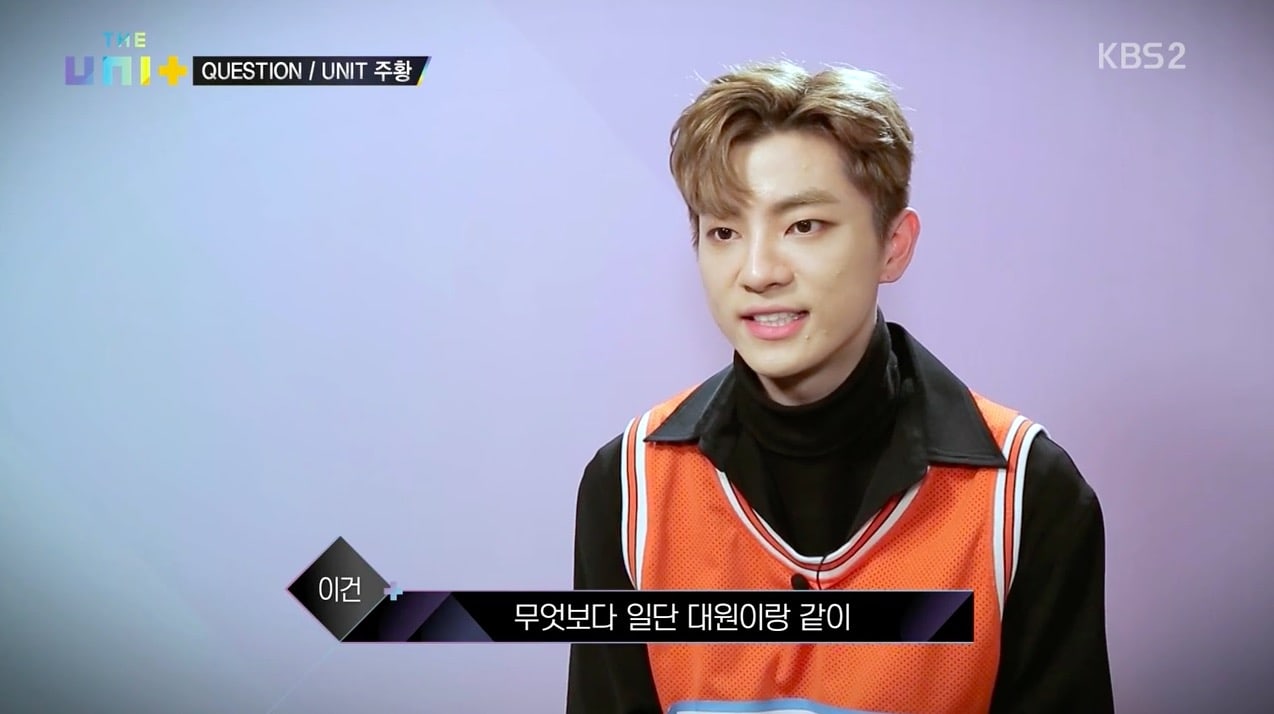 As the group prepared for their performance of the song “Question,” vocalist Lee Geon coached his fellow members including Euijin and Daewon in the practice room as they rehearsed their lines for the track. 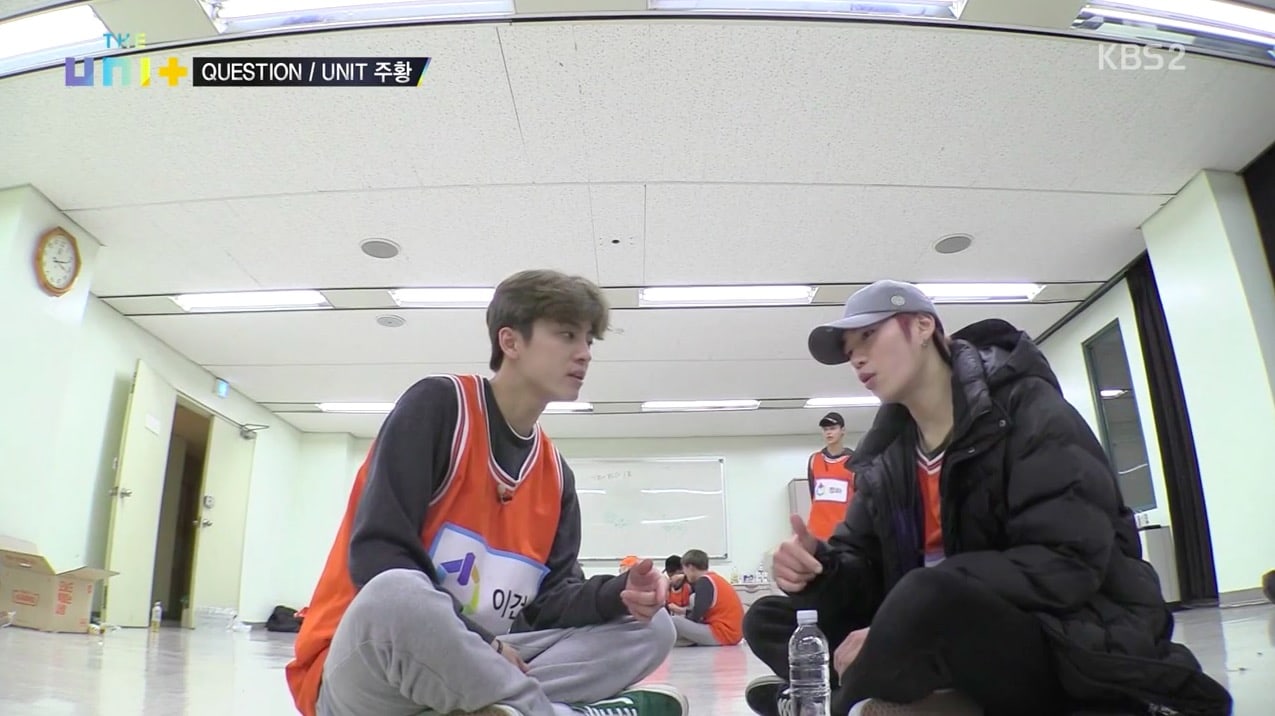 Lee Geon later helped Daewon practice in another room, and the pair took the chance to talk about their opportunity to perform together again.

Lee Geon said to Daewon, “Our biggest worry when our group disappeared was, ‘What can I do now?’ When I worried about those things, it felt hopeless. To be honest, this performance itself is the chance for us to do a new performance. It’s not just a regular performance.” 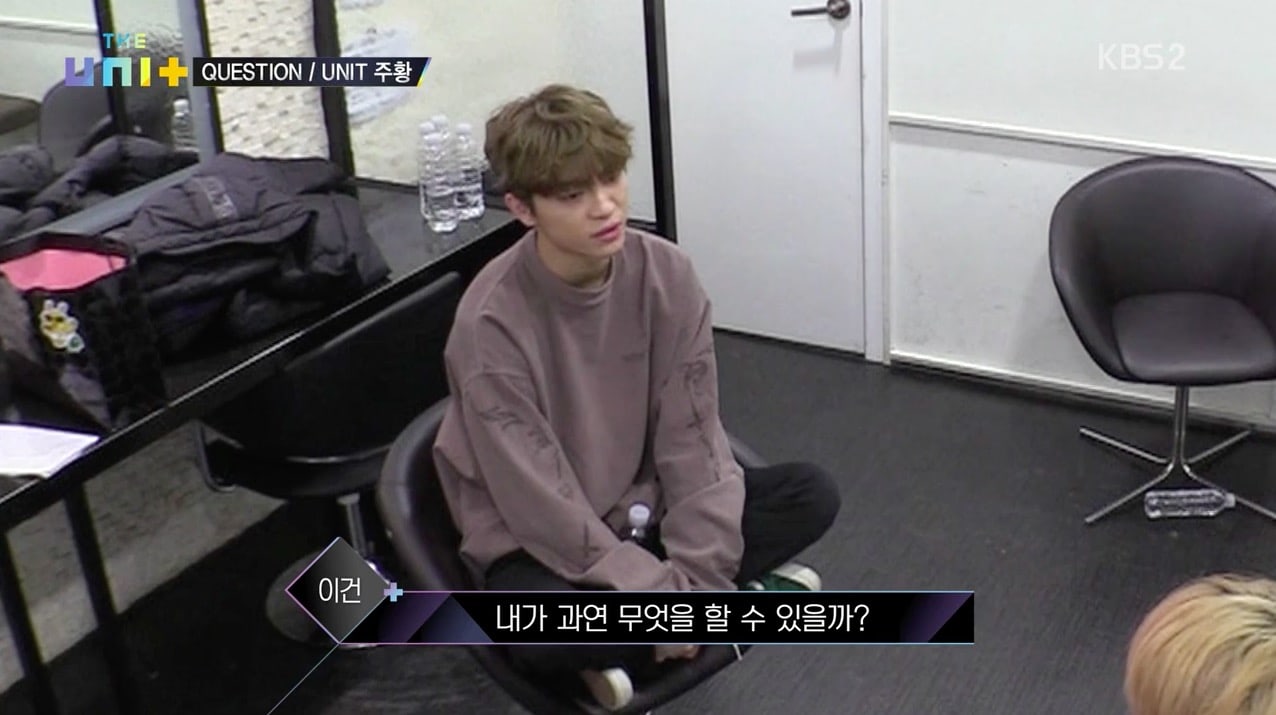 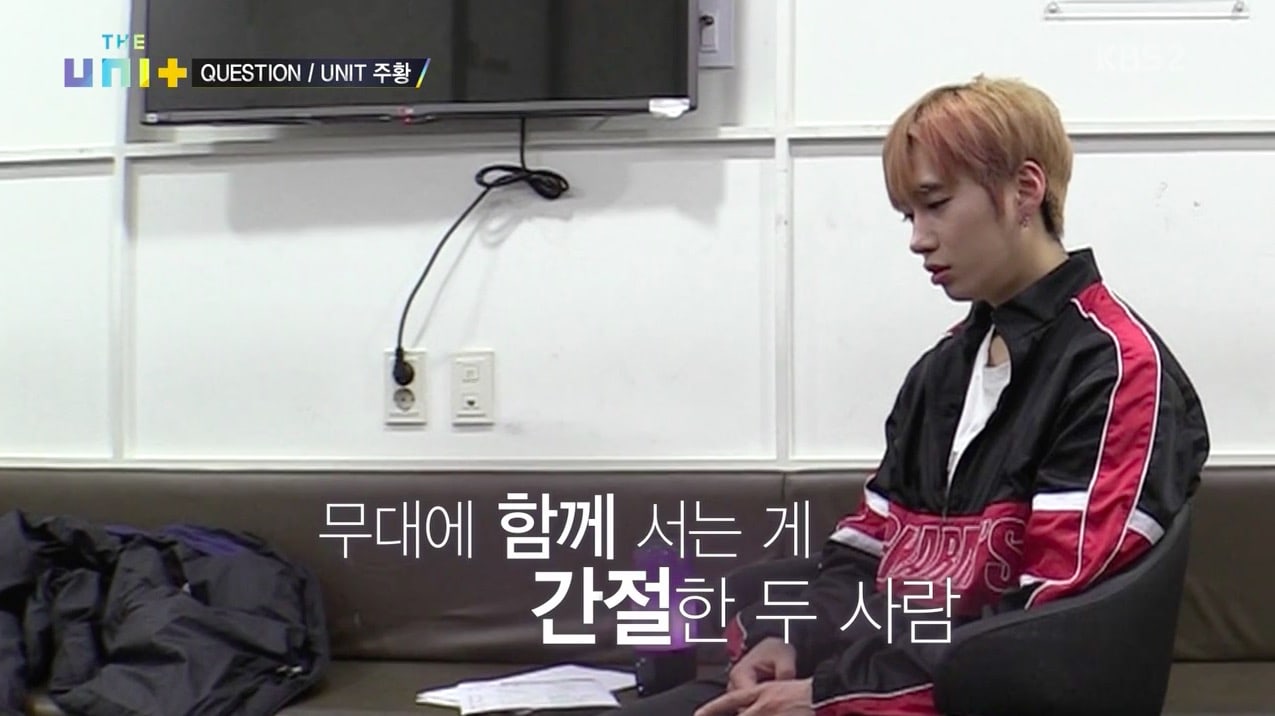 Daewon also echoed Lee Geon’s comments in his own interview. “We worried a lot about whether we’d be able to perform together,” he said. “But because of ‘The Unit,’ we’re in the same team, and our voices will be in the same song. This is really special to me.” 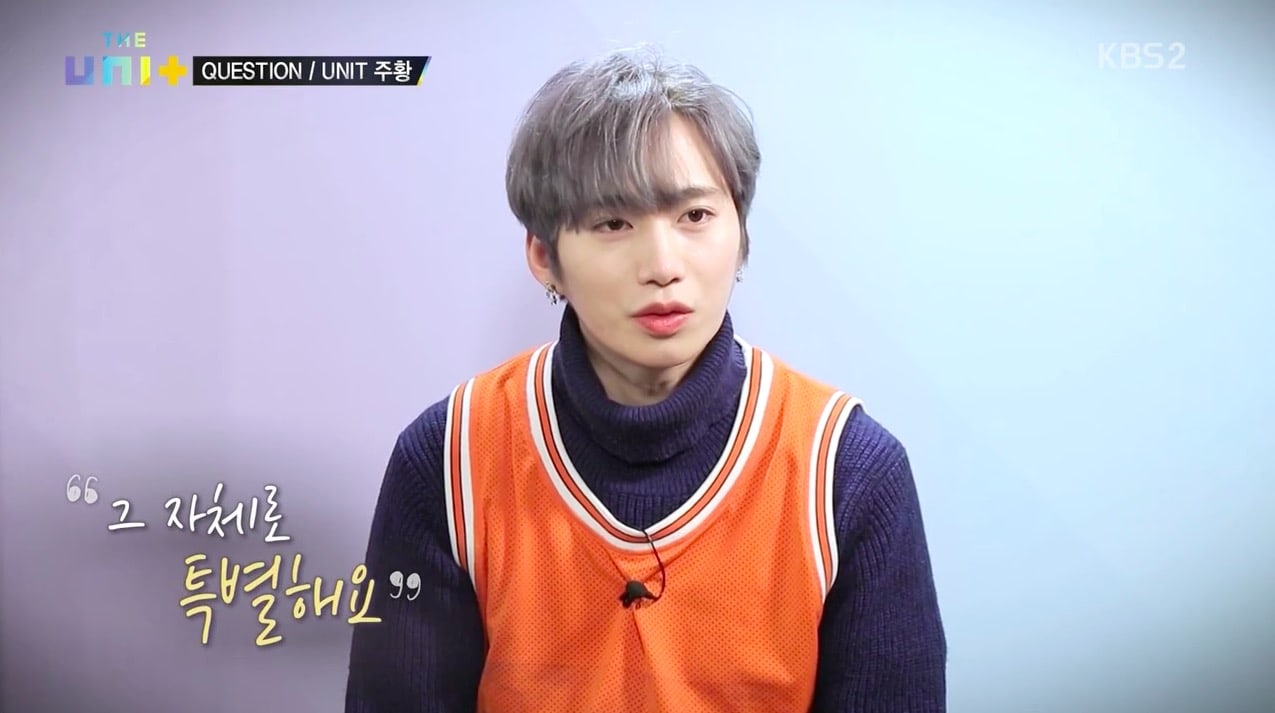 In his interview, Lee Geon said, “This performance is really the most valuable for me,” before he became choked up. “I think this will be the most important performance,” he added tearfully.

After their team took the stage to perform “Question,” they came in No. 2 overall among the male groups, and Lee Geon also ranked in the No. 2 spot among their team members.

When host Rain asked Lee Geon how he felt, he replied, “It was meaningful for me to be able to perform with Daewon.” He then teared up again as he said, “So I feel a little strange, but I want to be on stage a lot.” As Daewon comforted him, Lee Geon assured everyone he was crying because he was happy. 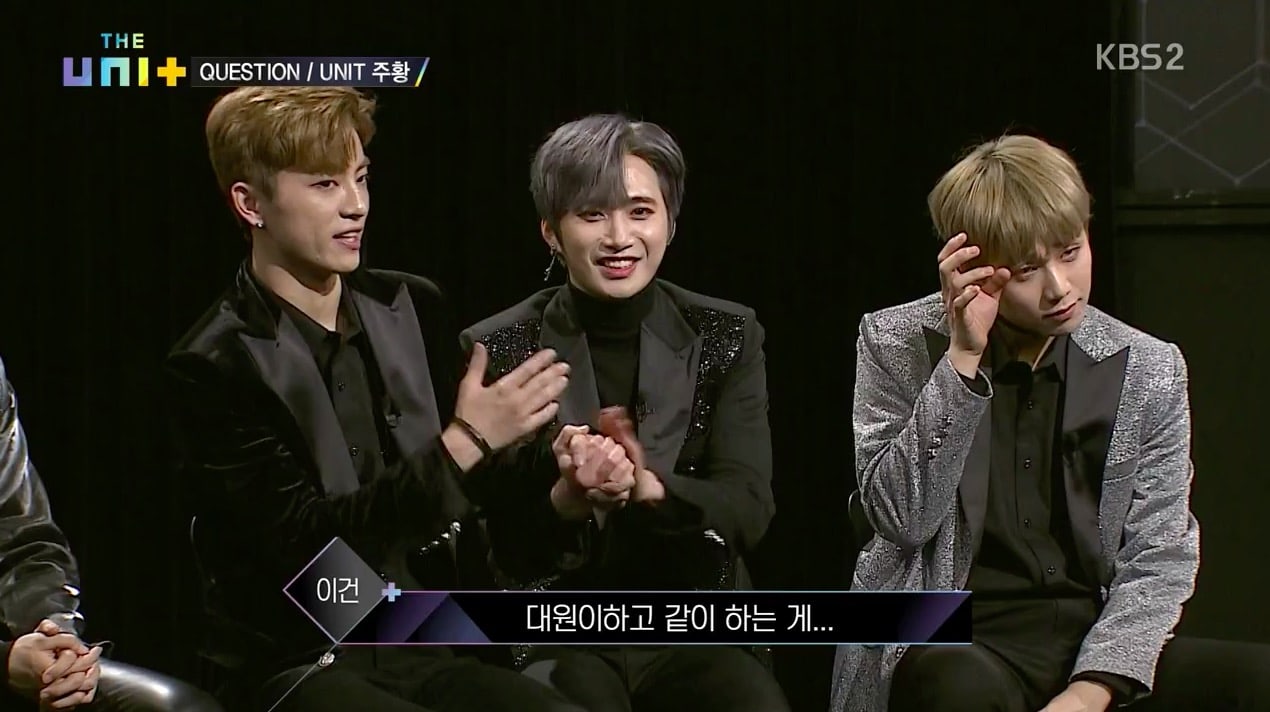 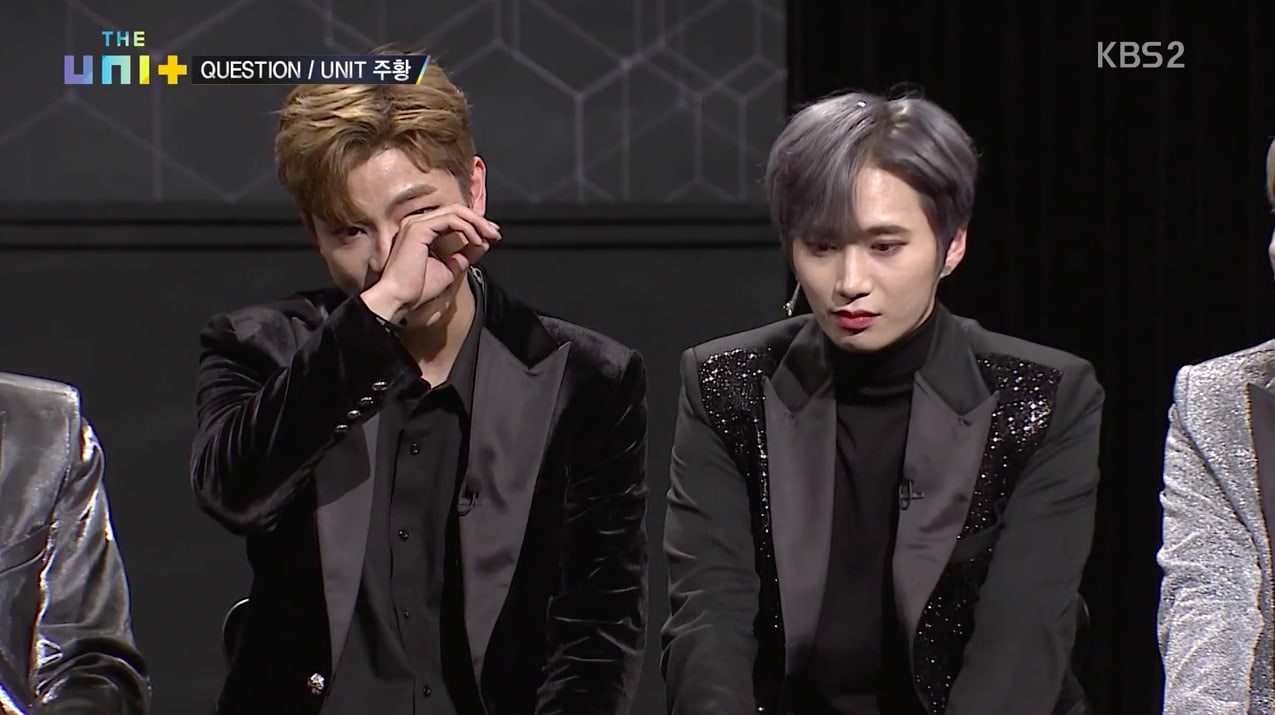 Madtown
Lee Geon
The Unit
Daewon
How does this article make you feel?