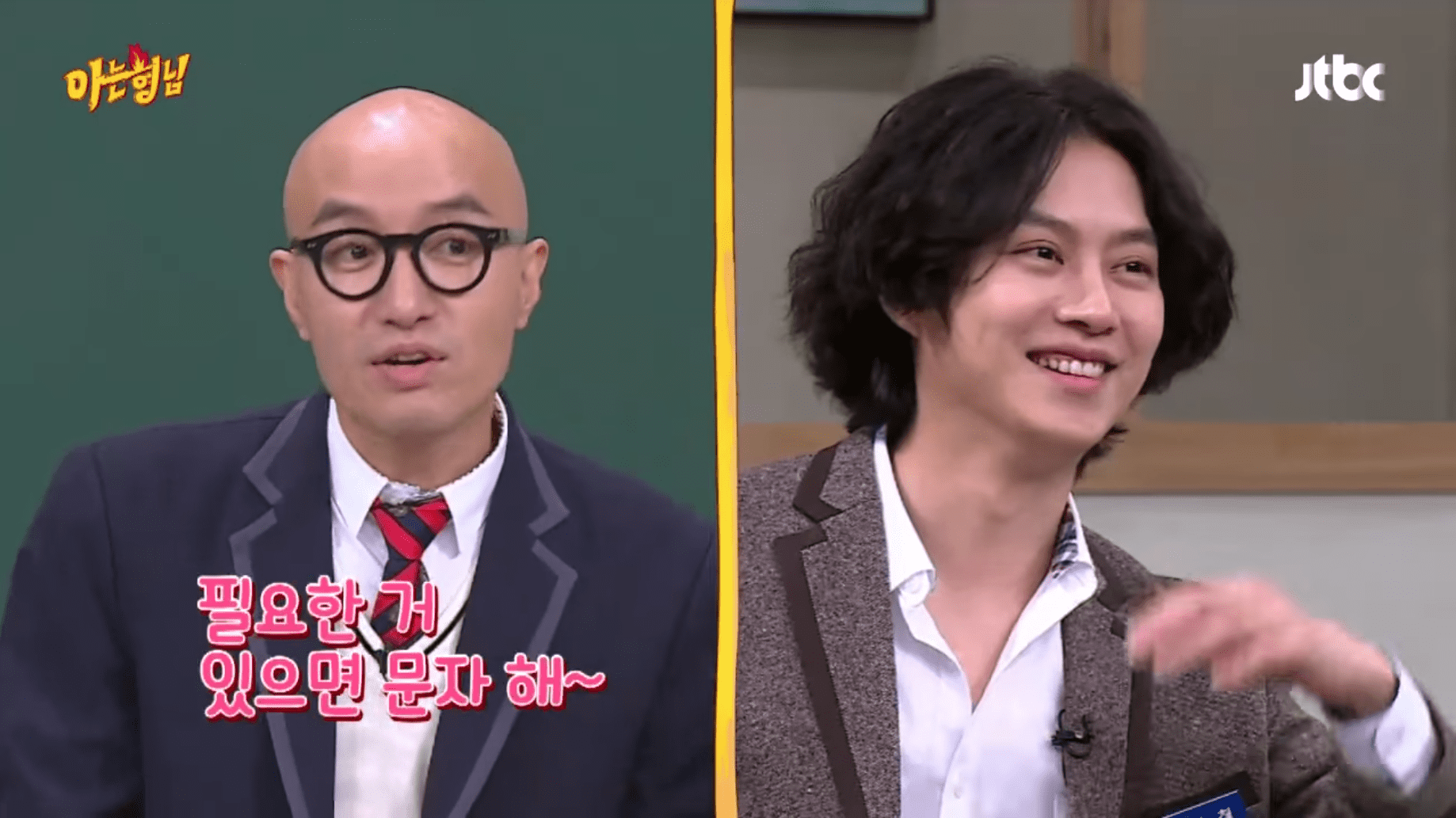 On the January 13 episode of JTBC’s “Ask Us Anything,” Hong Suk Chun and Jang Seo Hee appeared as guests.

When Hong Suk Chun explained that many celebrity couples come to the restaurant he owns, Kim Heechul agreed. Hong Suk Chun then pointed out that he’d also brought a girl there once and Kim Heechul replied, “A long time ago.”

However, his attempt to defuse the situation didn’t work on his “Ask Us Anything” cast members, who immediately asked about the girl’s age and name. Hong Suk Chun described her as, “Surprisingly very pretty and with a lot of ‘volume.'” Kim Heechul was visibly flustered by this description, while the rest of the cast got excited.

Hong Suk Chun then went on to share that he left the couple on the rooftop terrace and when he came back later, he immediately went back down (implying that it was a situation he shouldn’t intrude upon).

The cast then called out Kim Heechul for a bit before he stood up and said, “That was 10 years ago.”