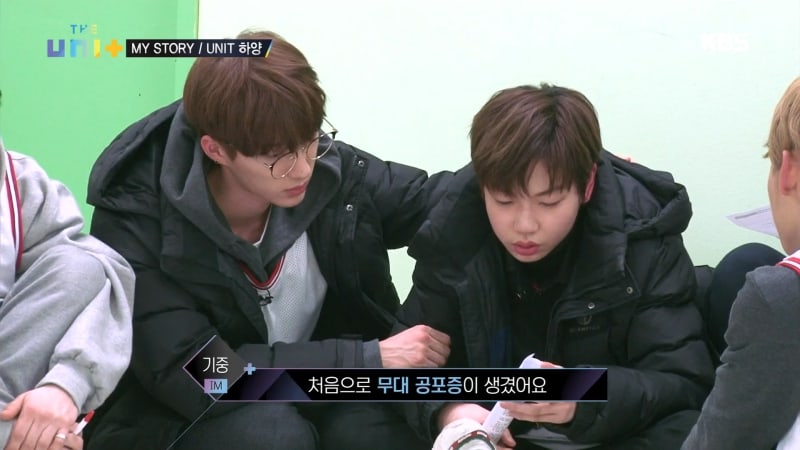 On the January 13 episode of KBS2’s “The Unit,” contestants prepared for their next mission in order to win benefit points and the opportunity to shoot a music video for their song.

As a member of the White Team, IM’s Kijoong was in charge of the vocals at the beginning of the song “My Story.” As the team members spent time practicing the song, Kijoong sat slumped against the wall in silence. BIGSTAR’s Raehwan soon went up to Kijoong and softly asked him why he was so down. “Are you frustrated because singing’s not going well?” he asked. When Kijoong slightly nodded, Raehwan continued to comfort him saying, “I can relate to that. I understand. It’s okay. You’re doing fine right now.”

Upon hearing these words, Kijoong suddenly started crying. Team members were surprised by Kijoong’s tears and immediately came to his side, trying to comfort him the best they could. “You’re doing fine,” Raehwan said repeatedly. “We understand, it’s okay.”

“My voice didn’t come out since March,” Kijoong explained in tears, referring to his voice change due to puberty. “During the following nine months, there wasn’t a single person who told me it was okay.”

He revealed that people around him told him off for trying to be a singer and that he got stage fright for the first time in his life. “I would only see white whenever I was on stage. Really, during the nine months, Raewhan is the first one to comfort me,” Kijoong said.

Other members of the team joined in encouraging Kijoong, led by Raehwan. “You’re the center of ‘The Unit’,” Boys Republic’s Sungjun said. “There are things that only you can do,” added A.C.E’s Jun. 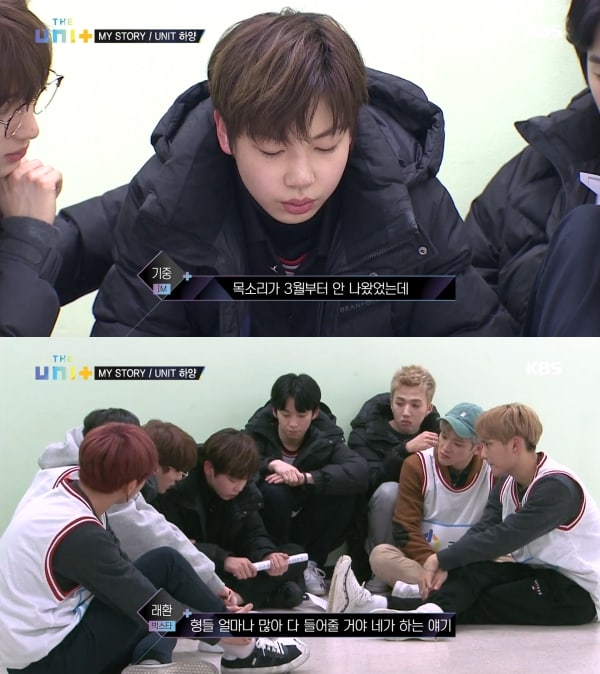 Kijoong couldn’t hide his tears in the individual interview that followed, saying it was the first time he talked about being stressed about his voice.

The White Team continued their practice with fierce passion, not forgetting to encourage Kijoong constantly. Members spent time sharing their tips with Kijoong and helped him regain confidence. In the final interview, Kijoong appeared much more confident and determined. “I shouldn’t be the one to ruin the performance,” he said. “I’m going to shout out the high notes with confidence even if my voice cracks.” 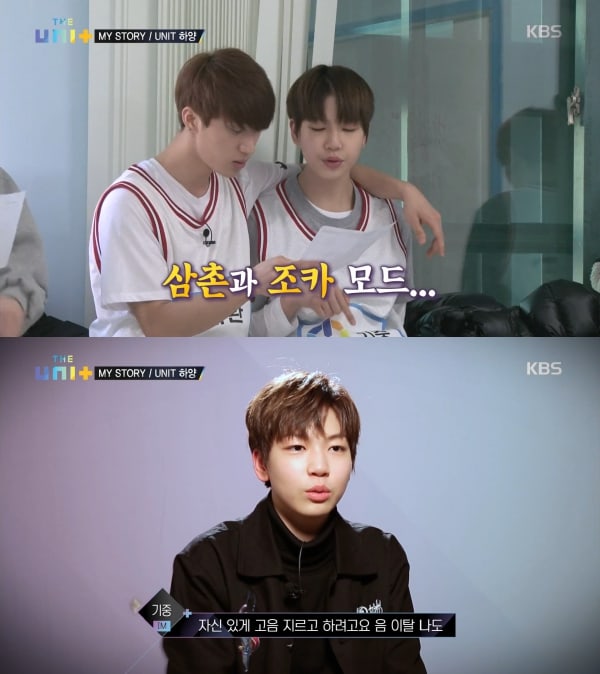 Watch the latest episode below featuring the White Team’s performance below!

BIGSTAR
Raehwan
The Unit
Kijung
IM (group)
How does this article make you feel?