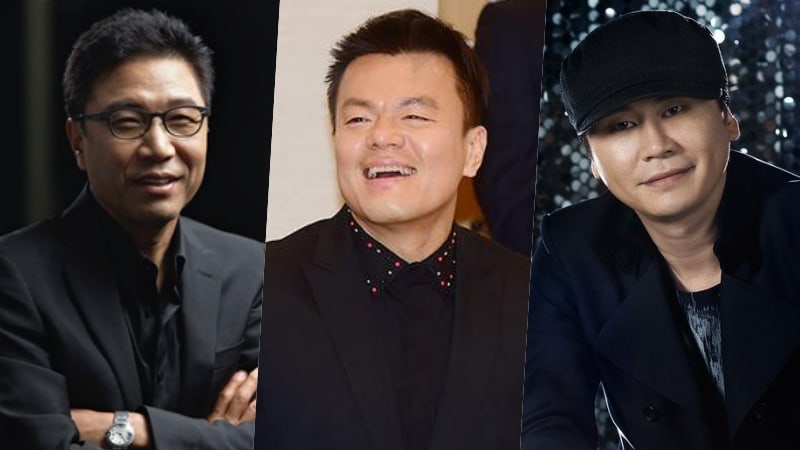 A new list has been released of the celebrities who hold the highest-valued shares of stock in their companies.

Park Jin Young, who was third on the list, had a particularly strong year. The singer-producer saw a staggering 172.4 percent increase in the value of his company shares, which are currently worth 73 billion won (approximately $69.1 million).

Lee Soo Man took first place on the list, with his stake in SM Entertainment currently valued at 155.8 billion won (approximately $147.5 million). Although not as dramatic as Park Jin Young’s, Lee Soo Man’s stock value rose an impressive 40.2 percent over the past year.

YG Entertainment head Yang Hyun Suk, who was second on the list, saw a slight decrease of 1.5 percent in his stock value, which is currently worth 95.1 billion won (approximately $90.7 million).

Actor Bae Yong Joon, the founder of KeyEast, took fourth place on the list. His stake in the agency fell 9.8 percent in value over the past year and is currently worth 42.9 billion won ($40.6 million).