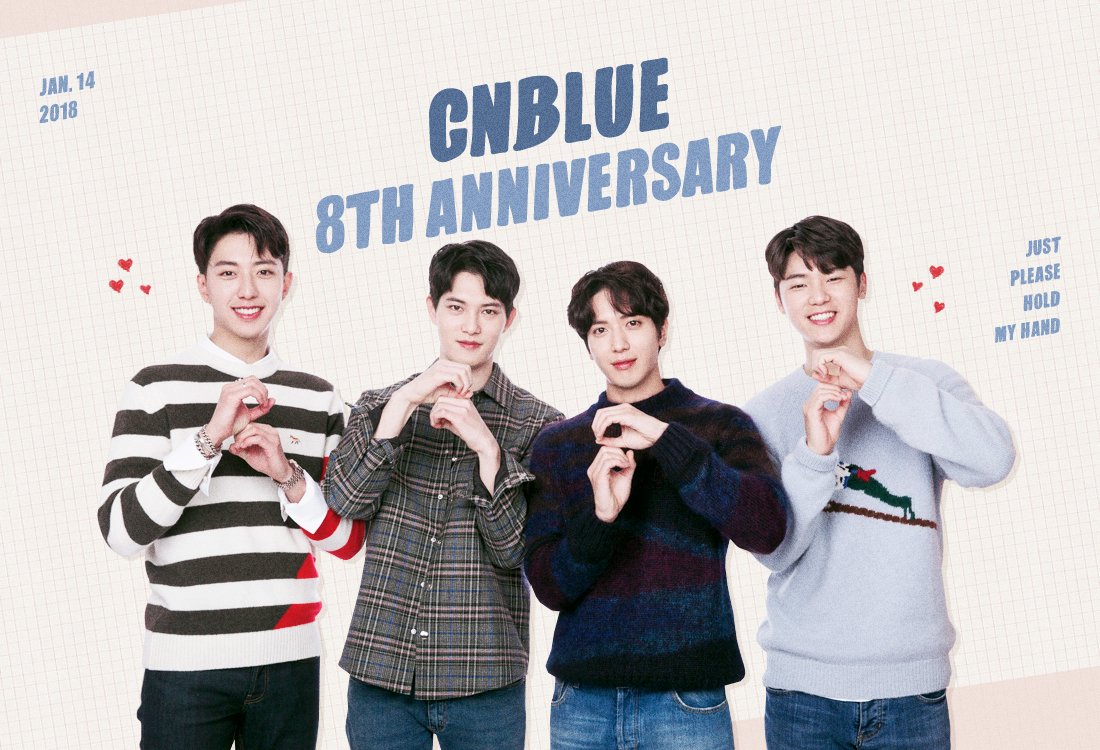 Congratulations to CNBLUE on their eighth anniversary!

Lee Jong Hyun uploaded the cover image from their debut album to his Instagram to celebrate the event. The singer playfully wrote, “CNBLUE, today is our eighth anniversary. Congrats to Yong Hwa for turning 30. Jung Shin, what a pretty ponytail.”

Lee Jung Shin uploaded a video of the group thanking their fans and a few photos on his Instagram, and wrote, “Thank you for eight years.” The singer also jokingly added, “Tomato, eggplant, purple sweet potato, potato,” to describe their outfits in the video.

Jung Yong Hwa shared a selfie and wrote on Instagram, “It’s been eight years! Wow. I write a post each year, and it comes back so fast. Time, have a glass of water before you go. Thank you and thank you. I thought hard about what more to say.” The singer affectionately finished off by saying, “I love you,” and added cute heart emojis.

Kang Min Hyuk also shared their thank you video on his Instagram and wrote, “Today CNBLUE turns eight. Thank you so much BOICE, and everyone who loves us and cheers us on. We will keep on going together for a long time, so please keep cheering us on. I love you.”

The group also penned their gratitude along with their autographs, which FNC Entertainment shared on Twitter.

Watch CNBLUE’s Thank you message below!