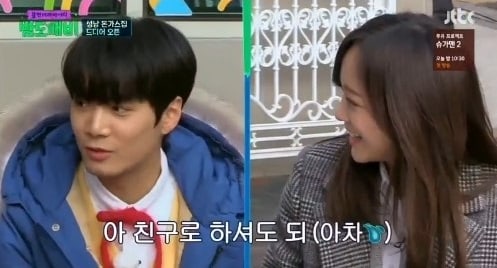 NU’EST’s JR blushed in embarrassment after being teased by the mischievous members of “Night Goblin!”

On January 14, gugudan’s Kim Sejeong and Mina appeared as guests on JTBC’s “Night Goblin.” The cast visited a popular spot among teenagers in Seongnam.

Jung Hyung Don asked, “Are JR and Kim Sejeong the same age?” JR replied, “I thought we were, but she is a year younger than me.”

Then, the members started to tease JR by attempting to create a love line between JR and Kim Sejeong, asking, “Then can you become friends with Sejeong?”

In response, JR said, “We can become friends,” but quickly corrected, “Oh, but that would make things awkward.” 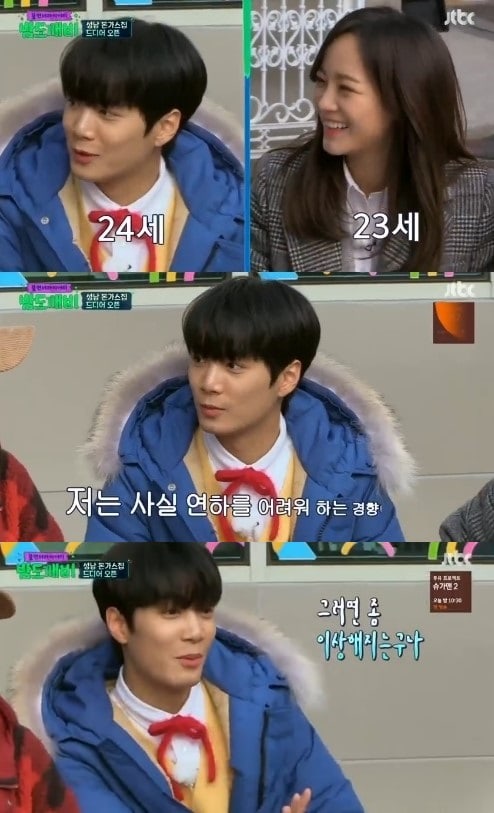