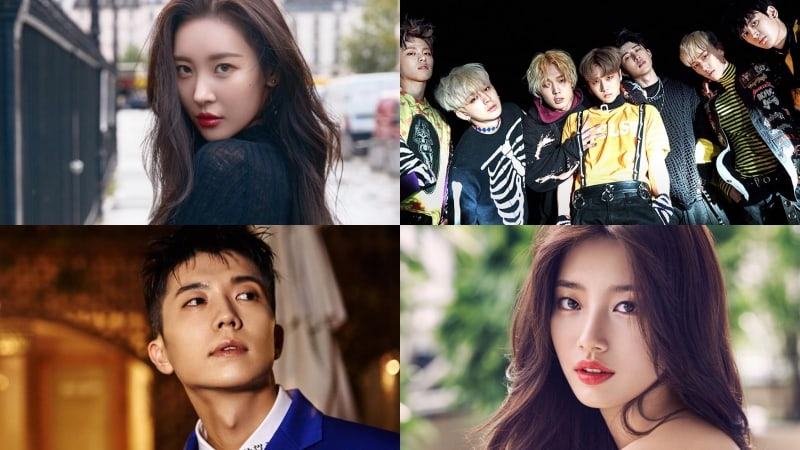 With almost half of January over now, there’s still more K-pop to come this month!

Find out what comebacks and debuts we can look forward to from the rest of January below, including many soloists as well as comebacks by several contestants from both seasons of “Produce 101.” 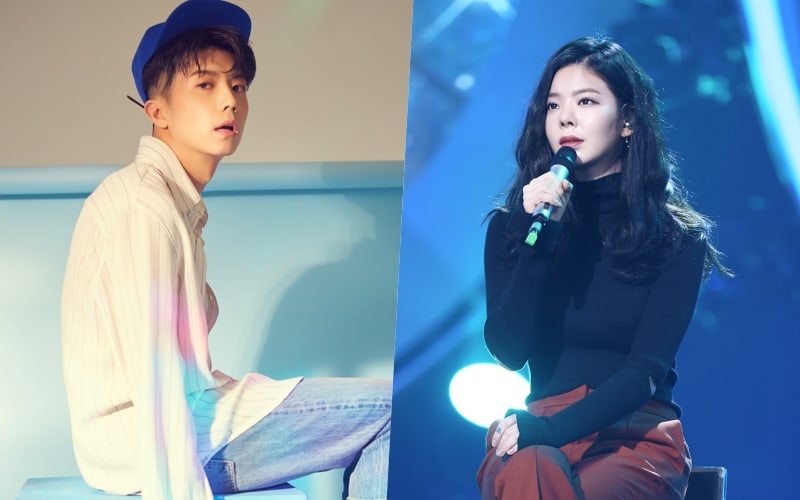 2PM’s Wooyoung will be making a comeback with his second solo mini album on January 15, after gifting fans with the pre-release song “Going Going.” The mini album features many songs that Wooyoung worked on himself.

Mystic Entertainment singer Jane Jang (Jang Jae In) will also be returning on January 15 with a new song produced by Yoon Jong Shin. 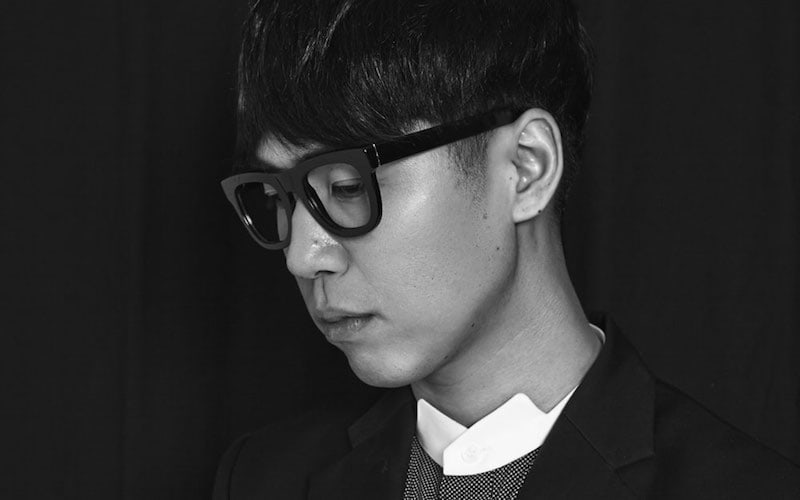 Jung Joon Il, who is well known for his powerful ballads and is a member of the band Mate, will be releasing his new mini album “Say Yes” on January 16. 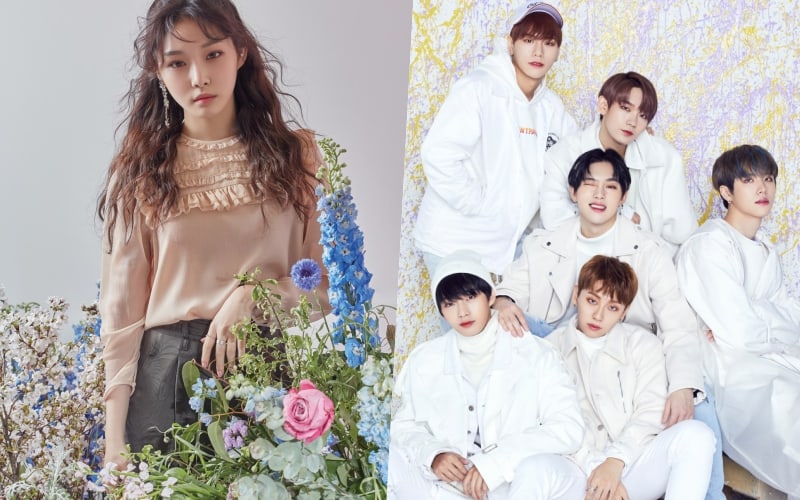 January 17 will feature many K-pop releases, including a few by artists who once competed on seasons of “Produce 101.”

Soloist Chungha, who made her debut last year after promoting with the “Produce 101” finalist group I.O.I, will release her second mini album “Offset” at 6 p.m. KST, as well as the music video for her title track “Roller Coaster.”

Project group JBJ, which came into being after fans wished the members could promote together after they competed on “Produce 101 Season 2,” will make their first comeback on January 17. They’ll be sharing their new mini album “True Colors,” featuring the title track “My Flower.” 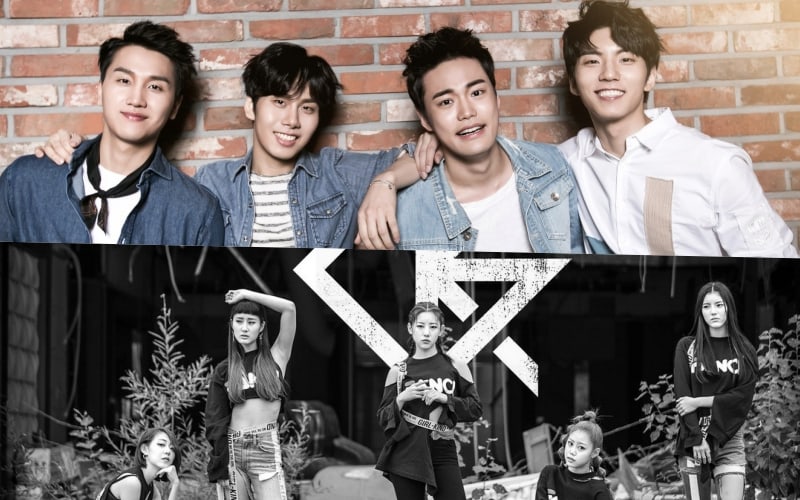 RBW boy group VROMANCE, known as the brother group to MAMAMOO, will be releasing their new song “Flower” on January 17 as the first part of their “Confession Trilogy.” 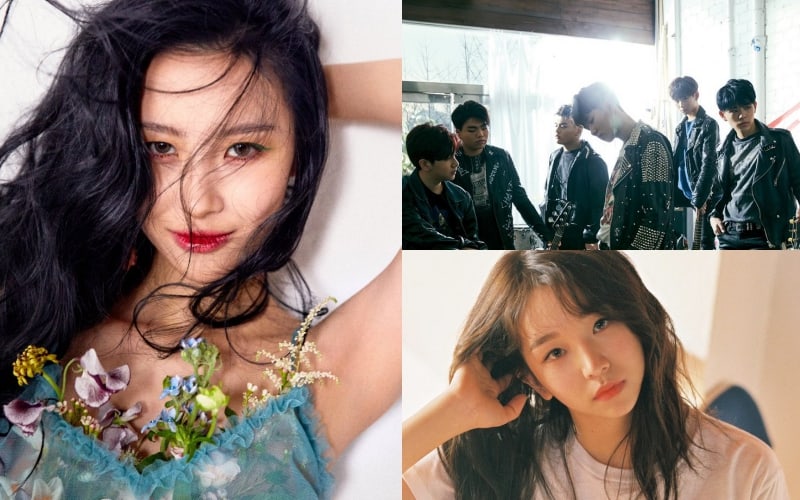 Following her smash hit “Gashina” last year, Sunmi will be making a comeback on January 18 at 6 p.m. KST with “Heroine.” As with “Gashina,” her new song has been produced by The Black Label, with co-composers Teddy and 24 and lyrics by Teddy and Sunmi.

The band The East Light will also be making a return on January 18 with their third digital single album “Real Man.”

Kassy, a singer and rapper who appeared on “Unpretty Rapstar 3,” will be releasing her first mini album on January 18. 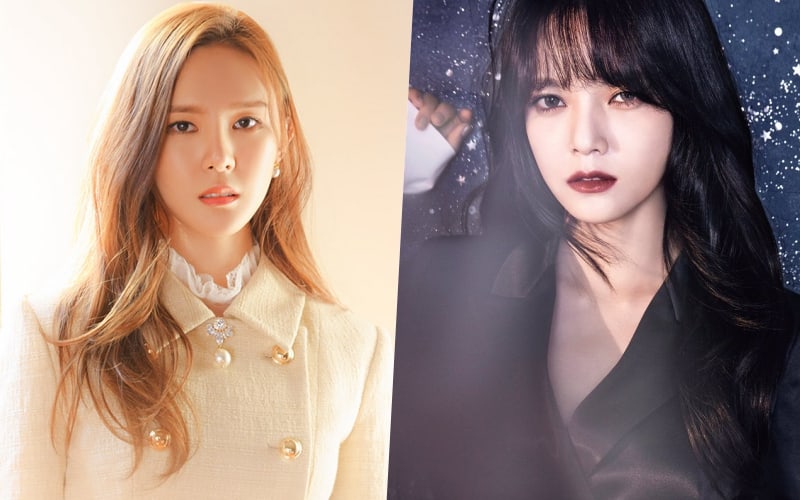 Migyo will be making her solo debut on January 19 with the single album “You & I.” After previously being a member of girl groups including LoveUs and Bob Girls, Migyo has recently built up a large fan following through YouTube covers.

AOA’s Jimin will also be releasing her new song “Hey” on January 19, as part of her ongoing project “#RTJ (Ready to Jimin)” with fashion magazine W Korea. 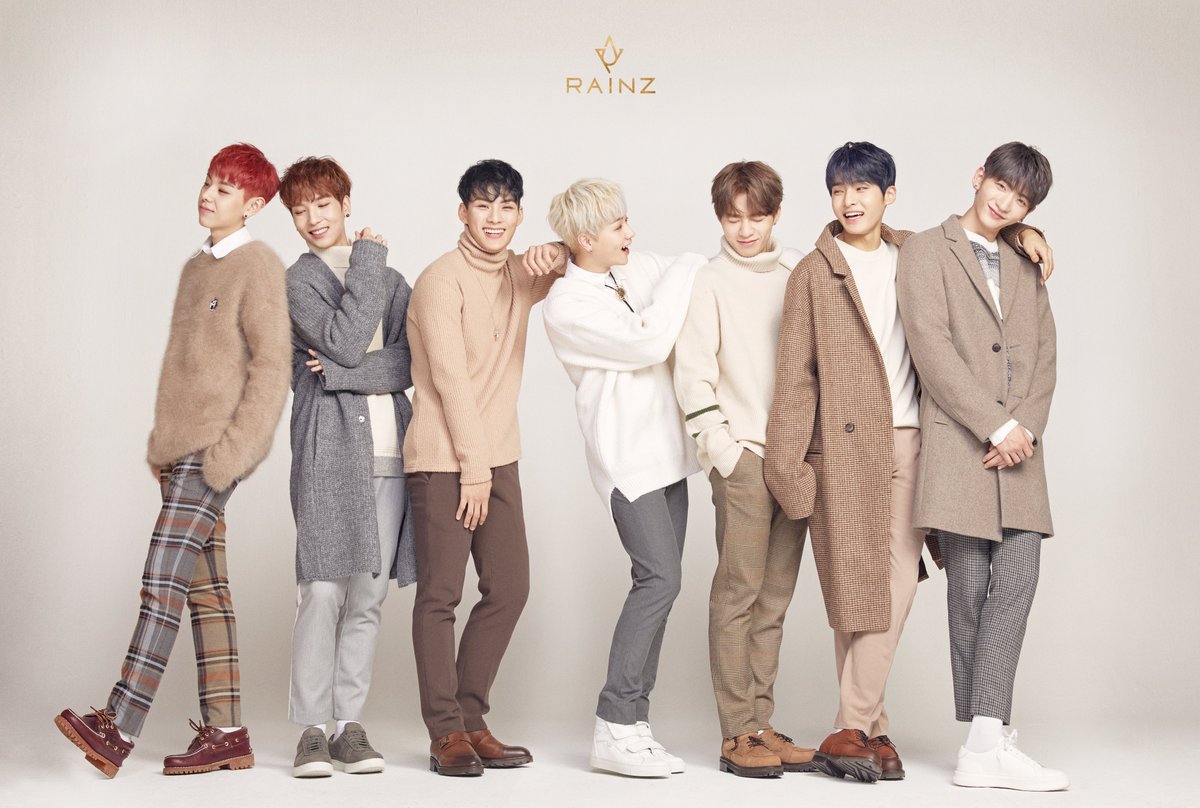 “Produce 101 Season 2” trainee group RAINZ will make their return on January 23 with their second mini album. 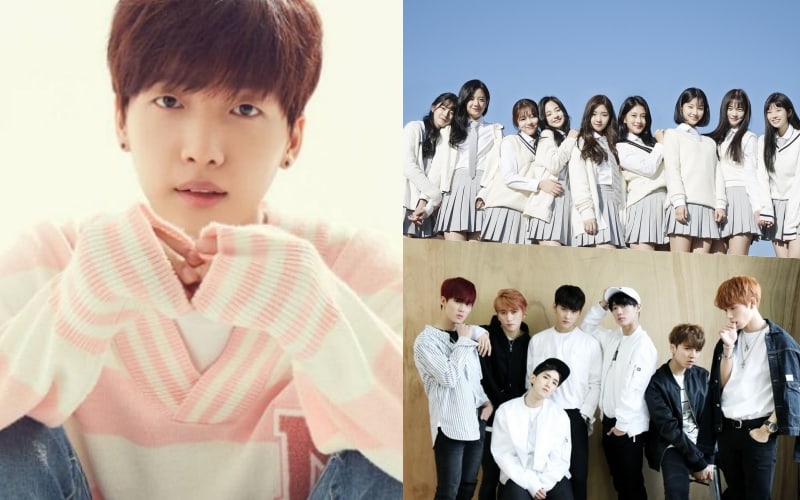 Another “Produce 101 Season 2” contestant comeback in January will be Jeong Sewoon, who’s returning with his second mini album “Part. 2 After” following a successful solo debut last August. His mini album is due out on January 24.

Two groups will also be debuting that day! The nine-member group fromis_9, composed of the finalists of Mnet’s competition show “Idol School,” will release their debut album “To. Heart.”

New boy group TARGET will also be making their debut on January 24. The seven-member group is housed under JSL Company. 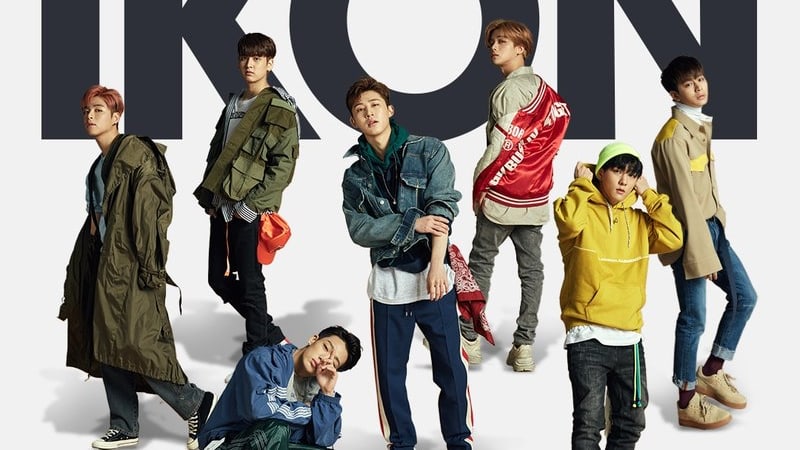 iKON is slated to be the first YG Entertainment artist to make a comeback this year when they release their second album “Return” on January 25. The album will feature the title track “Love Scenario,” which was co-composed by B.I. 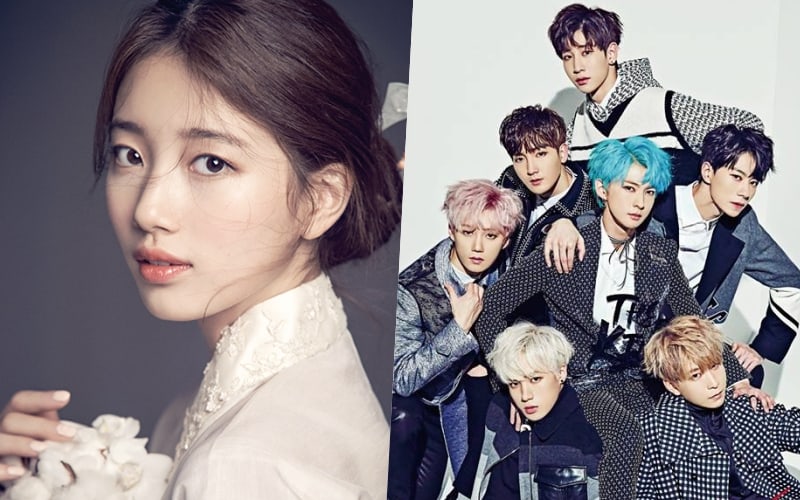 Suzy is returning on January 29 with her second solo mini album, featuring a music video filmed in Los Angeles. Before her comeback, a pre-release track will be shared on January 22.

Boy group VAV will also be making a comeback with “Spotlight” on January 29. 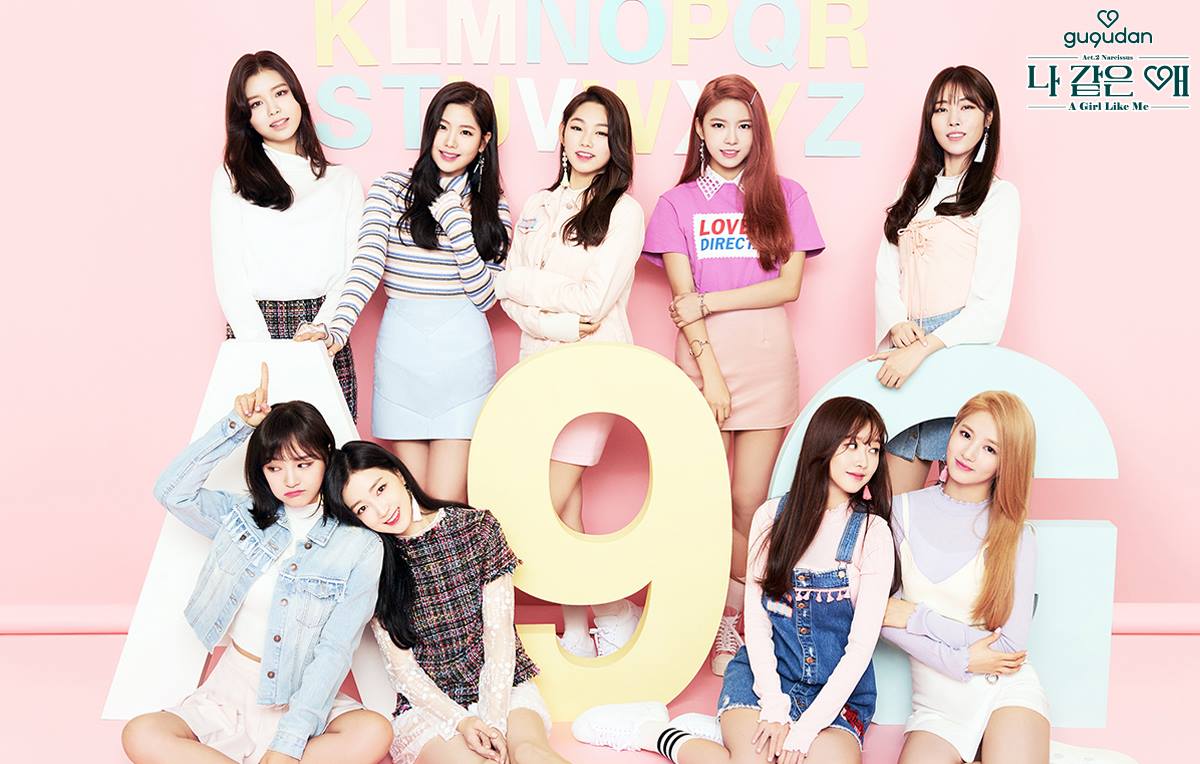 The last day of January will feature a return by girl group gugudan.

Singer BoA is also planning a comeback this month, as well as Davichi with an MV featuring Wanna One’s Kang Daniel.

On top of these comebacks and debuts, we’ll also be getting some additional special releases in January. These include EXID member Solji’s new version of “Dreamer” on January 15, a birthday single from Samuel on January 16, VIXX member Ravi’s second mixtape on January 22, and more.