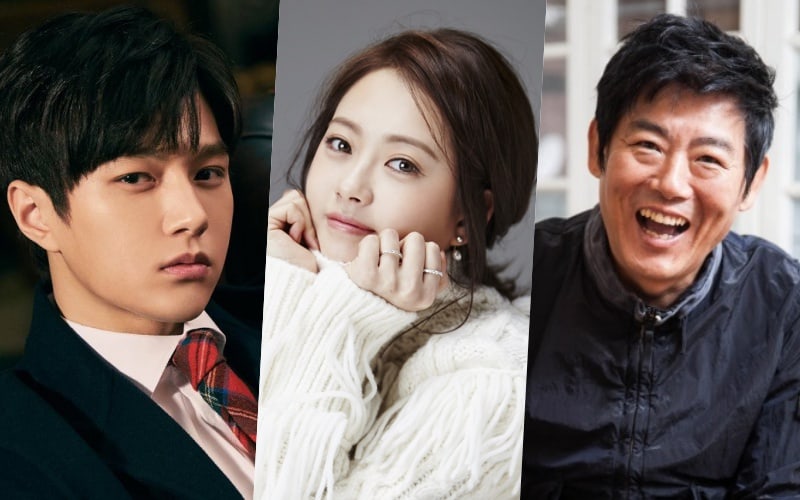 Go Ara and INFINITE’s L are set to star in a new JTBC drama alongside Sung Dong Il!

JTBC is ready to start filming its new Monday-Tuesday drama titled “Miss Hammurabi” (literal title). It will be a realistic court drama that follows the story of three judges with completely different personalities and perspectives: idealistic and passionate Park Cha Oh Reum, “Play by the rulebook” Im Ba Reun, and realistic head judge Han Sae Sang. Instead of dealing with big cases against great evils in society, the drama will focus on smaller cases that are realistic and relatable.

What’s more exciting is that judge Moon Yoo Suk, the writer of the original novel the drama is based on, is set to write the script for the drama as well, injecting more life and realistic details into the production. He will be teaming up with director Kwak Jung Hwan, who has worked on productions like “Slave Hunters,” “The Fugitive Plan B,” and “The K2.”

Go Ara will play Park Cha Oh Reum, a passionate rookie judge who can’t stand to the side when she sees injustice taking place. She has a positive energy and lovely charisma that immediately draws people to her side. Alongside her will be INFINITE’s L, who will play the elite judge who cares about rules and principles. Im Ba Reun seems to have everything with his good looks and sharp intelligence, but is someone who just wants to live a quiet life and has no interest in climbing up the career ladder. He will constantly butt heads with Park Cha Oh Reum as he does not believe that there are any exceptions to the law in court.

Working with Go Ara and L will be Sung Dong Il, who plays Han Sae Sang. His character will be someone who belatedly becomes a judge and therefore understands the weight of reality better than most of his peers. He uses the wisdom he has accumulated throughout his life to find a balance between Park Cha Oh Reum and Im Ba Reun.

The production staff of “Miss Hammurabi” stated, “We are hoping to create a refreshing court drama by teaming up a strong cast of Go Ara, L, and Sung Dong Il and the realistic details written out by judge Moon Yoo Suk. We hope to provide laughter and form a connection with our viewers through realistic happenings and lively characters.”

“Miss Hammurabi” will begin filming soon as a pre-produced drama, and the first episode is set to air in May.