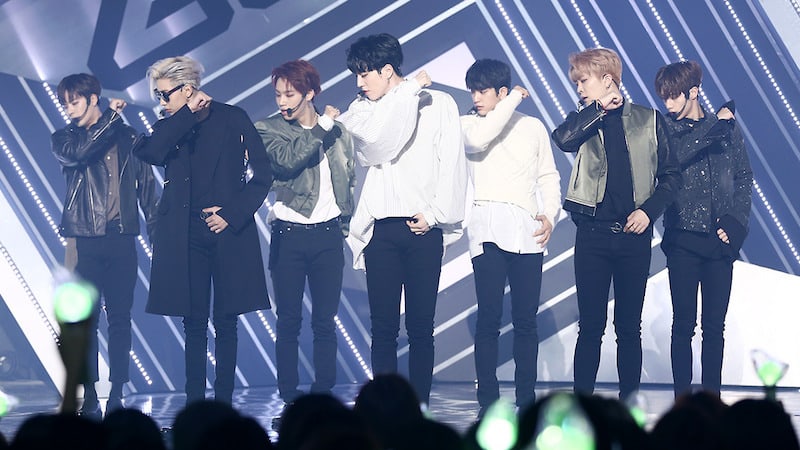 11 Videos Of GOT7 That Prove They Are Performance Kings

Throughout the years, they have constantly proved to be a group of incredible performers. Here are just some of many performances that captured the hearts of Ahgases!

The dance break that slayed us all

This performance of B-side track “Teenager” from mini album “7 for 7” is very recent. The group’s four years of experience are showcased well through stable live vocals and confident energy in this stage at 2017 MBC Gayo Daejejun. I’m still not over the dance break that begins at 2:35…

Double the speed, double the fun

GOT7’s dance moves never fail to impress…especially when done at twice the speed. Watch the group take on “If You Do” and “Hard Carry” at double speed via “Weekly Idol”!

The sweater version of “Stop Stop It”

One of GOT7’s early title tracks, “Stop Stop It” is often under-appreciated because of the unfortunate styling that came with it at the time of release. However, when performed with simple sweaters and jeans, the song and performance are upgraded to a whole different level. There must be justice for “Stop Stop It”!

When GOT7 hard carried the KBS Song Festival

Performed at the 2016 KBS Song Festival, this “Hard Carry” stage is a great example of GOT7’s overflowing stage presence and energy. It also shows once again that the group amazes with every dance break.

As later described by Yang Hyun Suk, “GOT7 flying everywhere”

This next performance actually goes back to even before GOT7’s debut. On the YG vs. JYP trainee battle that aired on “WIN” in 2013, very young Yugyeom, BamBam, Mark, and Jackson blew everyone away with their dance moves and martial arts tricking.

At their 3rd anniversary fanmeeting, GOT7 did a part-change version of “Let Me,” a track co-written by Mark. Even the rappers Jackson, Mark, and BamBam showed that they can sing quite well!

For JJ Project’s first comeback last year, they took on a concept very different from “Bounce” and most of GOT7’s tracks. “Tomorrow, Today” performances really brought out the best of Jinyoung’s smooth vocals and effortless, sleek dance moves.

Youngjae overcame his fear of singing alone in public and showed why he is the main vocalist of GOT7 with this beautiful rendition of Kim Bum Soo’s “It Will Pass” on “King of Masked Singer.”

Yugyeom awed everyone with this performance when he first appeared on idol dance competition “Hit the Stage.” Although he narrowly took second place in this episode, he went on to become the final winner in the last episode.

At the 2016 SBS Gayo Daejun, JB, Jinyoung, Jackson, and Yugyeom performed Park Jin Young’s “Who’s Your Mama” with members of SEVENTEEN, TWICE, and GFRIEND. This fancam of JB has exceeded 3 million views, and many fans have shared that this clip is how they got into JB and the group. I mean, how could you not after watching this video?

Here’s to many more years with GOT7 and even more legendary performances!

GOT7
Soompi Spotlight
Jackson
Yugyeom
BamBam
JB
Jinyoung (GOT7)
Mark (GOT7)
Youngjae (GOT7)
How does this article make you feel?