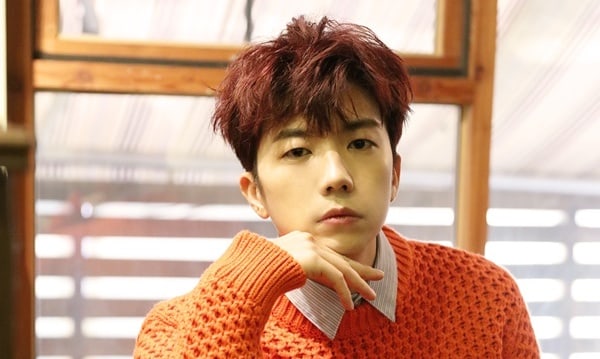 2PM member Wooyoung has shared that he re-signed his contract with JYP Entertainment.

All the members of 2PM signed three-year contracts with JYP Entertainment back in 2015, and their exclusive contracts with the company are ending this month.

During an interview to go along with his comeback, Wooyoung was asked about his contract with JYP. He replied, “I re-signed. Although the other members might each have their own circumstances, I chose the path of re-signing. It’s January of 2018.”

“The members might each have their own thoughts, but I don’t think that will cause any issue for 2PM,” he added. “We decided not to cause pressure for each other at all about that.”

On January 15, Wooyoung made a comeback with his second mini album, featuring the title track “Don’t Cry.” He has also spoken about his plans to enlist in the army in the second half of this year.