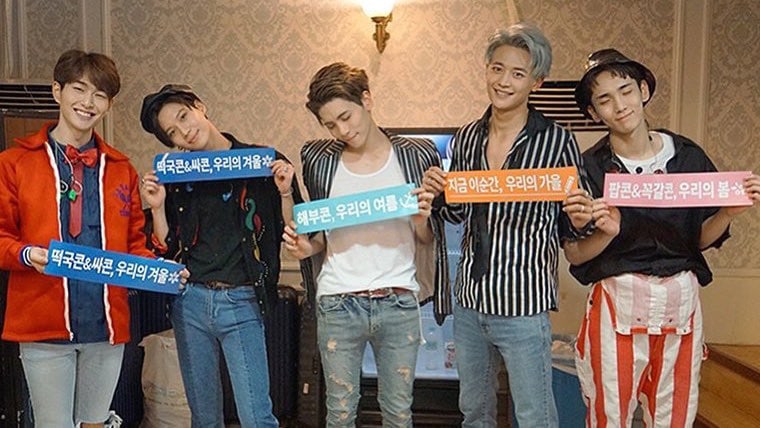 On January 16, SHINee’s Key delivered a heartwarming message to his fans, giving them an update on his upcoming activities.

“Hello, this is SHINee’s Key.

“I’m talking to you guys for the first time in a while. I’ve been thinking a lot lately and even though it’s a bit late, I figured it would be good to say it myself. Ahead of our upcoming tour, I will be greeting you guys through a pre-recorded reality show with BoA.

“Some might find it a bit early, but I’m planning to pull myself together and return to daily life. The other members are trying to get back on their feet as well. We can’t say that what happened with Jonghyun was a breaking point. That would worry Jonghyun, his family, and many other people.

“It’s upsetting that I can’t see him at the moment, but I know he’s waiting for me just around the corner. Now more than ever, I want to gain strength and keep Jonghyun in our presence as we promote, rather than trying to fill up his space.

“It might be too much to ask, but I hope that whenever and wherever you see us, you will treat us and love us like you always have. I would be very thankful for that. If you continue to support us so that we can hang in there, we promise we won’t disappoint. Thank you.”