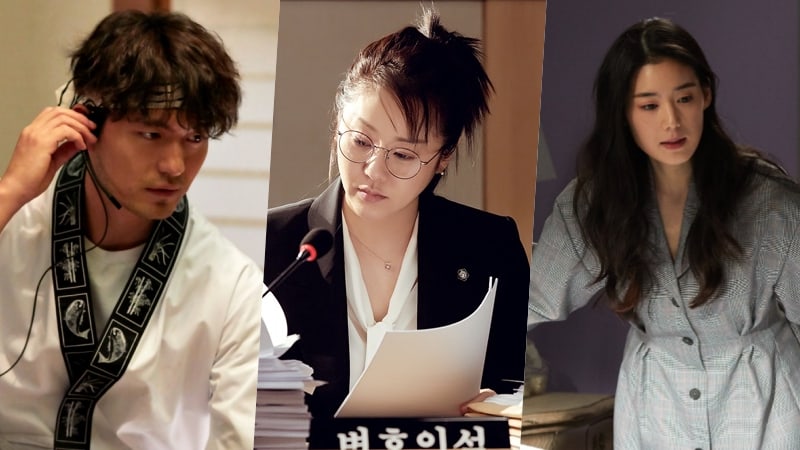 “Return” is a crime thriller about a lawyer and a detective who try to solve the mysterious high-society murder case in which the four suspects are wealthy, privileged members of the upper class.

In the first set of stills, Dok Go Young (Lee Jin Wook) is undercover as the chef’s assistant at a Japanese restaurant. His obsession with solving crime and his sly but humane personality will come in handy when solving this high-society murder case.

The photos show Dok Go Young standing before a large tuna and giving orders over the radio. He also filmed a fight scene and has blood trickling down from his head. Lee Jin Wook reportedly warmed up and rehearsed to perfect the action scene on camera. 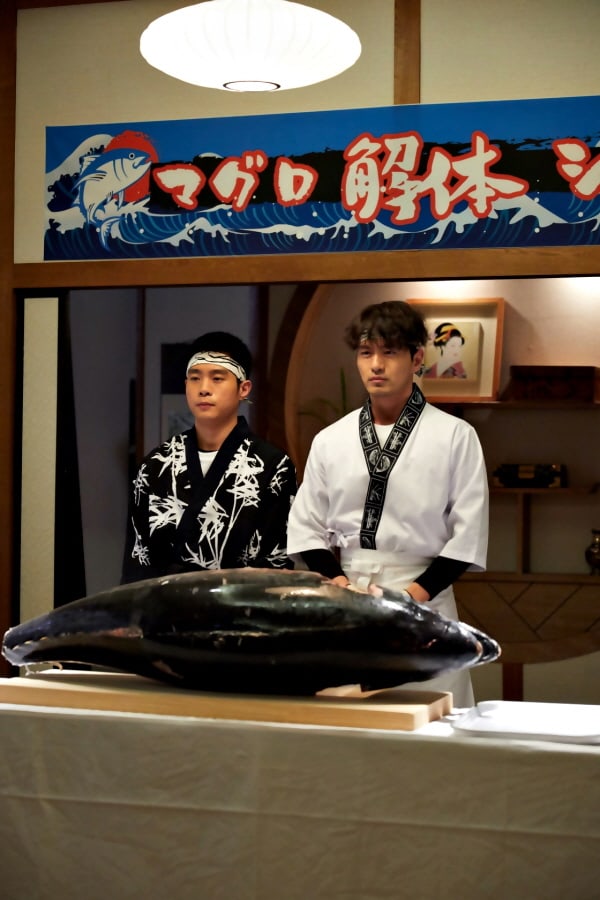 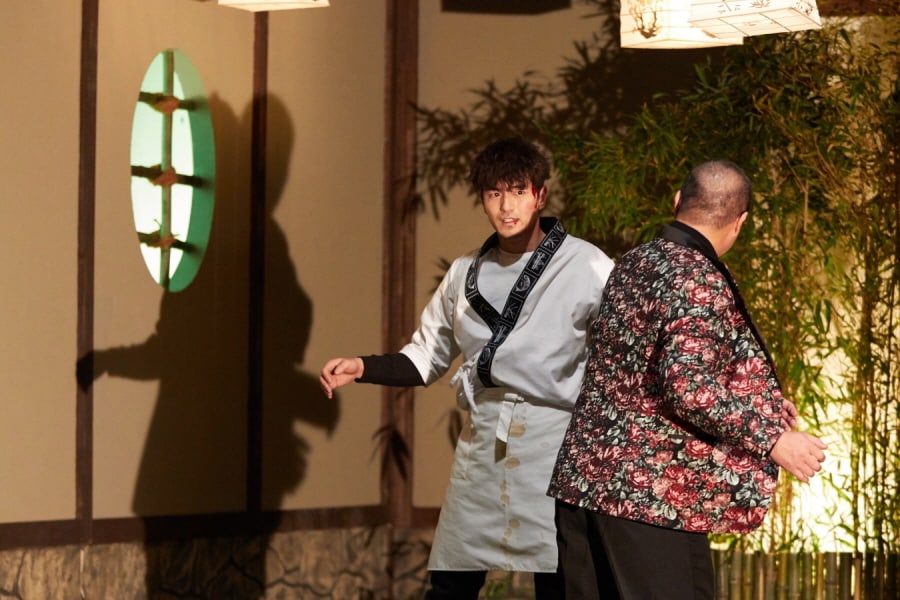 Go Hyun Jung plays the role of star lawyer and host of TV program “Return Show” named Choi Ja Hye. In the latest stills, Choi Ja Hye is standing outside in the snow in front of a beach in the middle of the night. Unlike her usual charismatic expressions, she looks at something with a sorrowful expression on her face.

Choi Ja Hye also meets with Geum Na Ra (Jung Eun Chae), and the two female characters have a secretive conversation. This raises questions about where they’re headed and what they talked about.

According to the staff, Go Hyun Jung filmed this scene in the mountains in below freezing weather and at the beach in the middle of the night. Despite these conditions, the actress showed passionate acting during the shoot and received applause from the staff. She also conversed with Jung Eun Chae and cheered on the crew who worked with her in the cold. 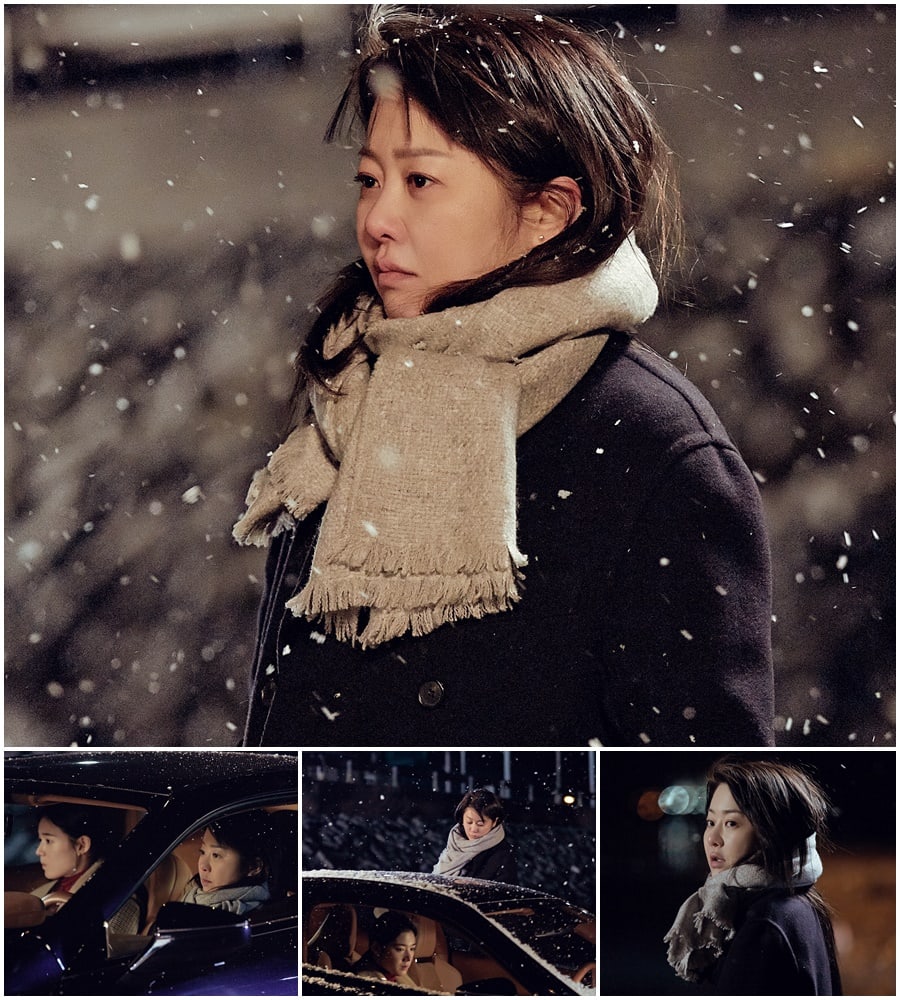 Go Hyun Jung showed her professional side in another set of stills. As a high-school graduate who came from a poor family, her character Choi Ja Hye passed the bar exam at a late age. Despite her obstacles, she graduated from the Judicial Research and Training Institute at the top of her class to become a judge. She later chose to work as a lawyer instead and also became the host of TV program “Return Show” where she transformed into a star lawyer.

Choi Ja Hye and Geum Na Ra were rivals who battled for first and second place in their class at the Judicial Research and Training Institute. Since the murder case involves Geum Na Ra’s husband, the two are now working together to uncover the truth about the case.

After 29 years of acting, this is Go Hyun Jung’s first time playing a lawyer on screen. A source from the drama revealed, “Go Hyun Jung is playing the role of a lawyer for the first time and focusing on putting on a passionate performance. Behind the camera, she creates a fun atmosphere with her laughter and leads the set with responsibility and passion.” 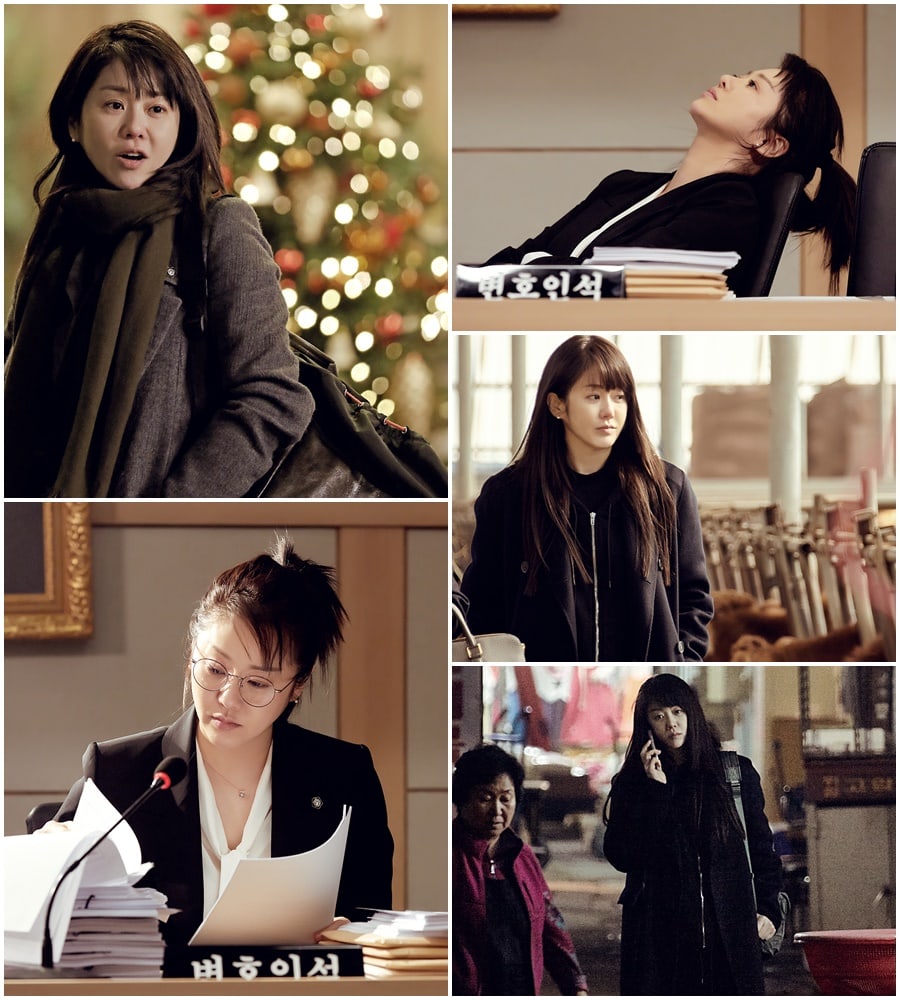 Geum Na Ra is the wife of Kang In Ho (Park Ki Woong), and she married into the family of Taeha Group, a business empire that has never ranked outside of the top 20 businesses. She passed the bar exam right before graduating from college, but gave up her dreams of becoming a lawyer in order to become a good mother after getting married.

She lived a content life after marriage, but began to actively participate in the investigation of the murder case involving her husband’s mistress Yeom Mi Jung (Han Eun Jung). In the released stills, Geum Na Ra shows off her feminine and elegant fashion style that is perfectly suited for the image of a daughter-in-law of the head of a successful conglomerate.

A source from the drama stated, “Every time her facial expression changes, she portrays a new image. We have high expectations for the lawyer who became the daughter-in-law of a conglomerate head. Please look forward to her transformation and efforts to portray detailed acting.” 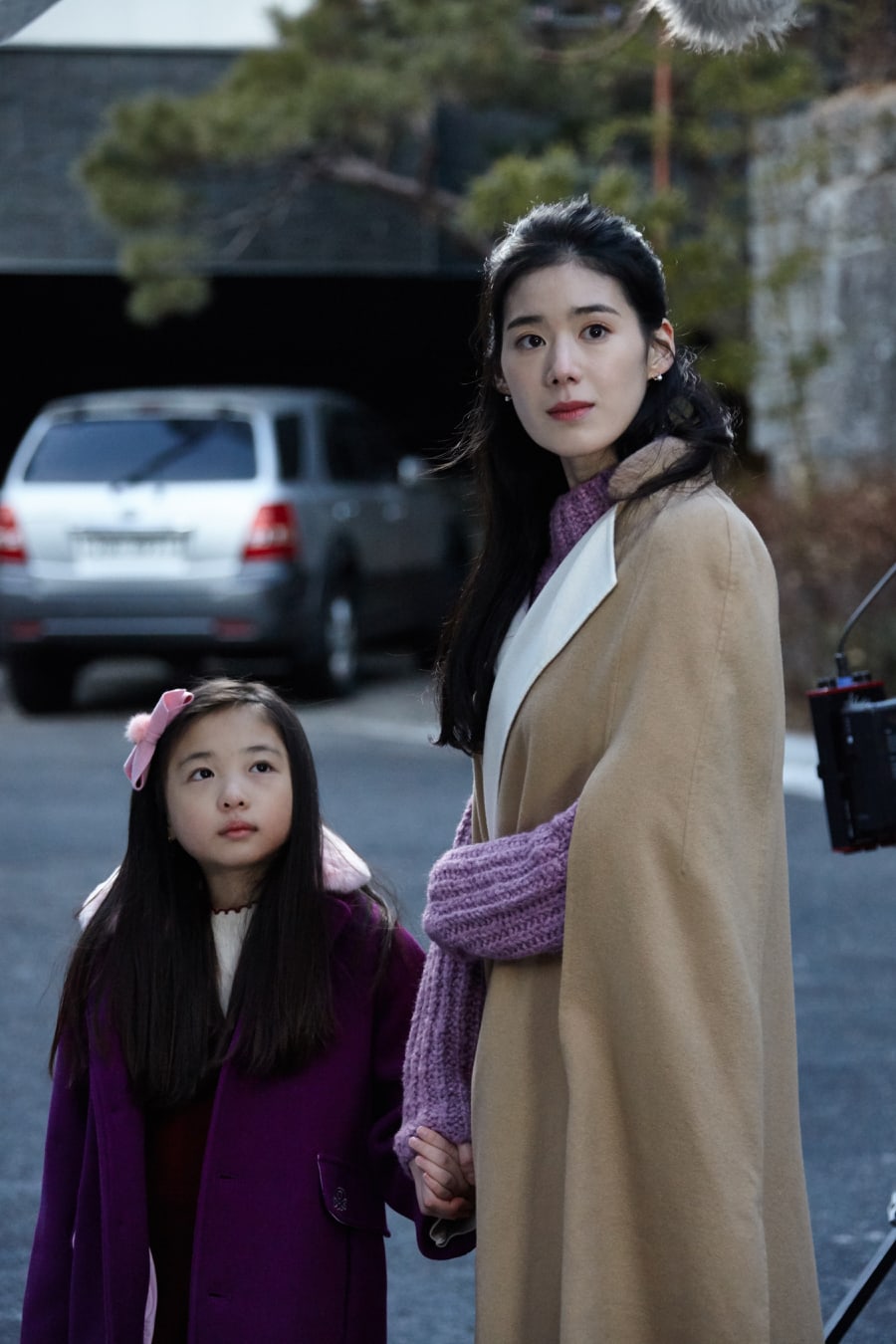 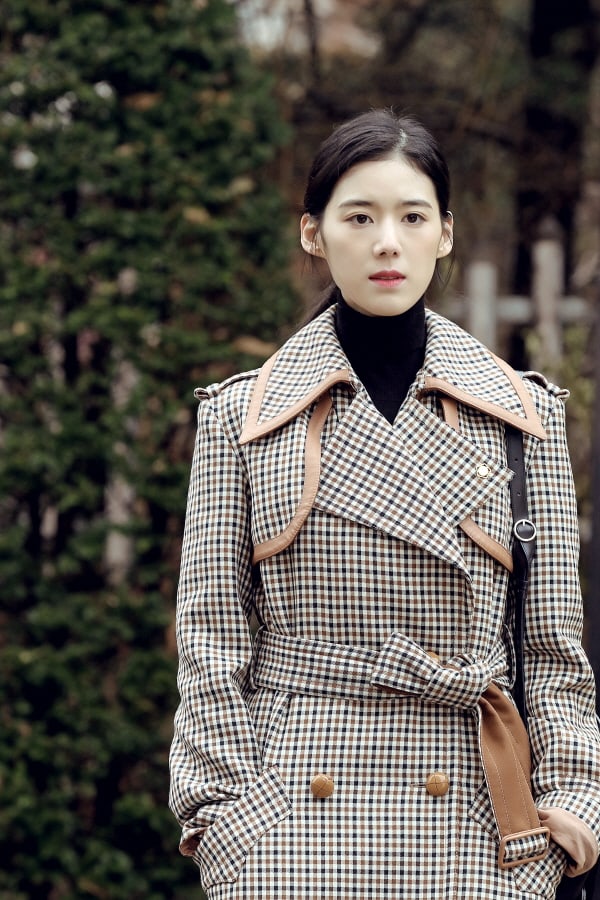 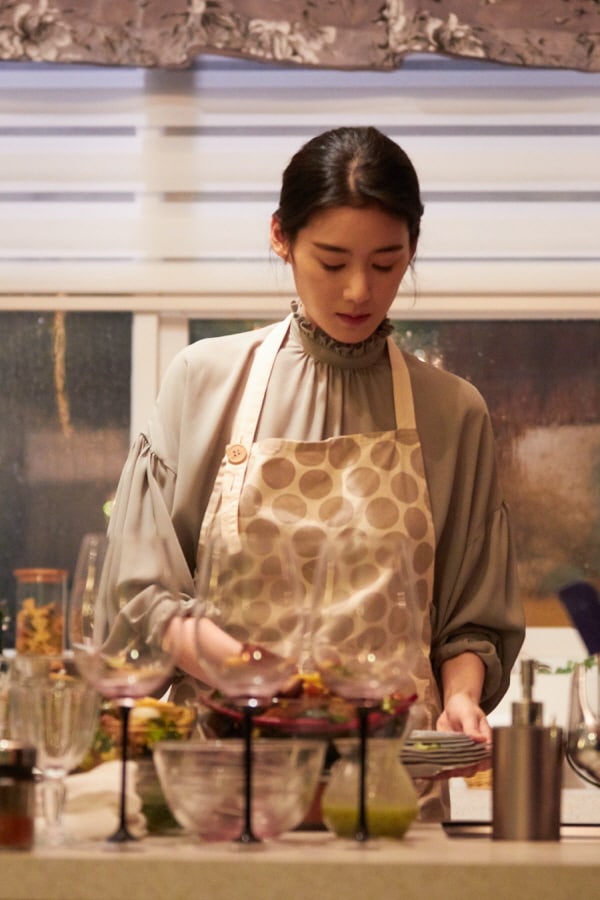 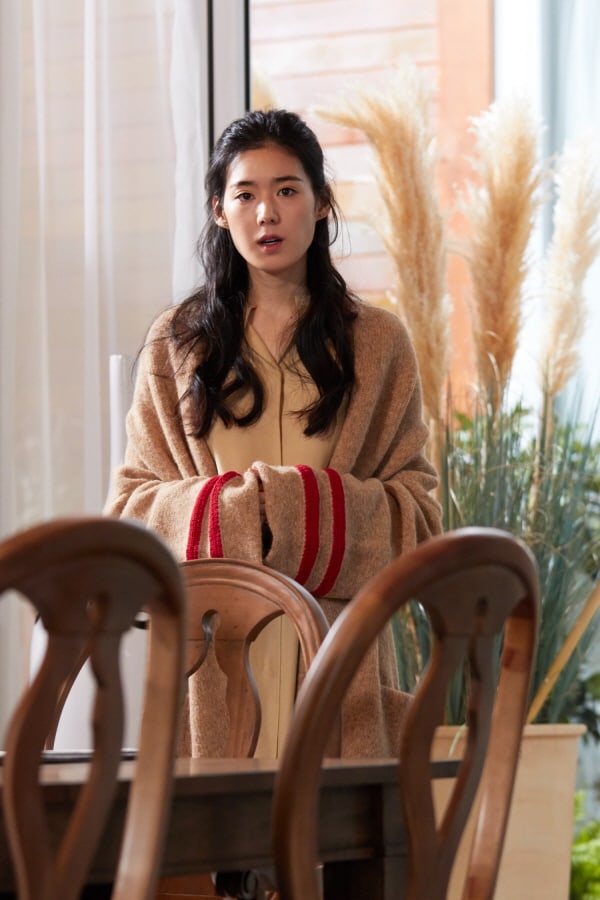 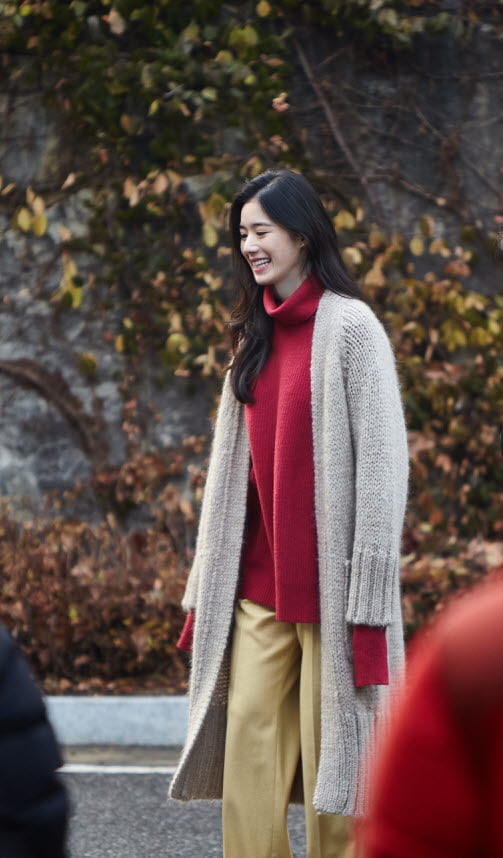