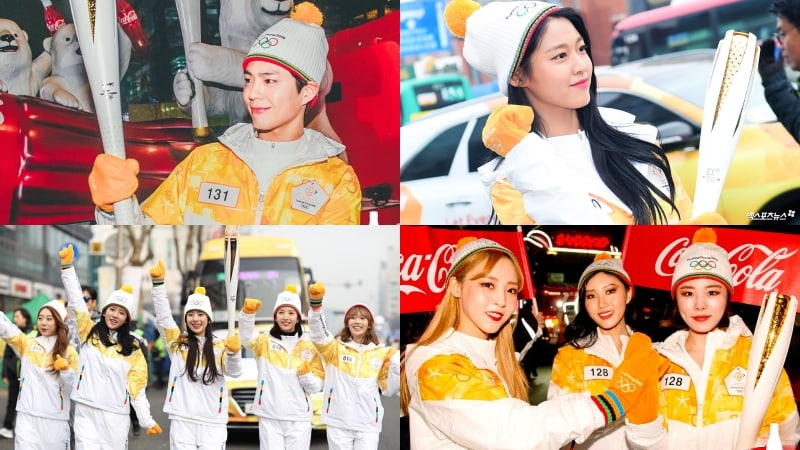 Park Bo Gum, AOA, Cosmic Girls, And MAMAMOO Light Up The Streets Of Seoul As Torchbearers For 2018 PyeongChang Olympics

Park Bo Gum and members of AOA, Cosmic Girls, and MAMAMOO participated in the torch relay for the 2018 PyeongChang Olympics on January 16.

Actor Park Bo Gum was all smiles while running on the streets of Seoul with the torch.

The members added, “We will always cheer for the 2018 PyeongChang Olympics and Korean national athletes! Good luck!”

MAMAMOO members Moonbyul, Wheein, and Hwasa ran on the streets of Seoul holding the Olympic torch. Solar is currently taking a break after injuring her back.

MAMAMOO posted a photo of the three members holding the torch and started their caption by quoting a line from “Taste the Feeling,” a theme song the group recorded for the 2018 Olympics. The members said, “This feeling of participating in the torch relay! MAMAMOO supports the PyeongChang Winter Olympics! Stay strong Korean national athletes!”

The 2018 PyeongChang Olympics will start on February 9 and end on February 25. This will be Korea’s first time hosting the Games in 30 years after the 1988 Olympics.