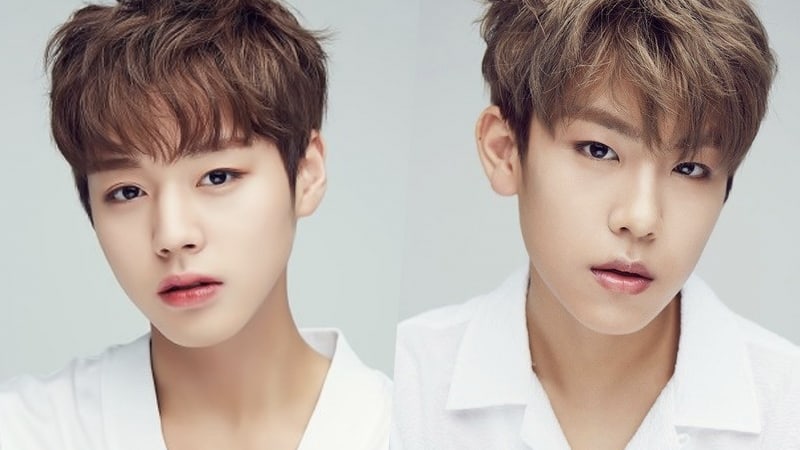 Wanna One’s Park Woo Jin and Park Ji Hoon posted messages to their fans after a controversy developed online due to a misunderstanding that came about from a short clip of the two idols.

The video in question involved Park Woo Jin pulling Park Ji Hoon’s hair to guide him to a seat on an airplane. YMC Entertainment later responded that this was simply a playful gesture between the two members.

“First of all, I apologize to have troubled many of you. Woo Jin and I are friends of the same age, and he is my only same-age friend, so we tend to play around a bit rough. I think that’s why this turned into a big issue.

“After what happened in the video you have probably watched, Woo Jin tidied my hair and we chatted as we boarded the plane without problem.

“I was not upset when Woo Jin played around, and of course, it didn’t hurt nor was I offended. We have no problem as friends and we’re doing well, so there is no need for you to worry.

“I will be more careful from now on to show a good image, and not to worry so many people.”

Park Woo Jin also wrote, “Hello, this is Wanna One’s Park Woo Jin. I am sincerely sorry to have caused trouble because of my behavior in a public place.

“Ji Hoon and I usually play around comfortably and roughly as friends, but I think this could have disturbed people who were watching.

“I will be more cautious so that this doesn’t happen again, and I will try my best to show a good image.”

Wanna One
Park Ji Hoon
Park Woo Jin
How does this article make you feel?