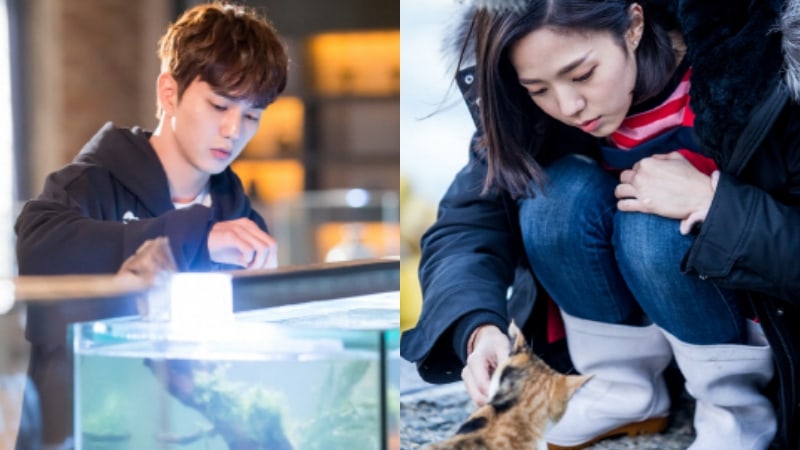 Yoo Seung Ho and Chae Soo Bin play a couple in love in MBC’s Wednesday-Thursday drama “I Am Not A Robot.” In new behind-the-scenes photos, the two actors show affection for the people and animals on set.

In the photos, Yoo Seung Ho carefully wipes the mouth of a child actor. He also takes time to feed the fish in the tank of his character’s home between takes.

Chae Soo Bin affectionately pets a stray cat on the set and looks at it as if it was her own pet. Her love for animals is well-known as she previously adopted a cat that she found on the set of a drama. 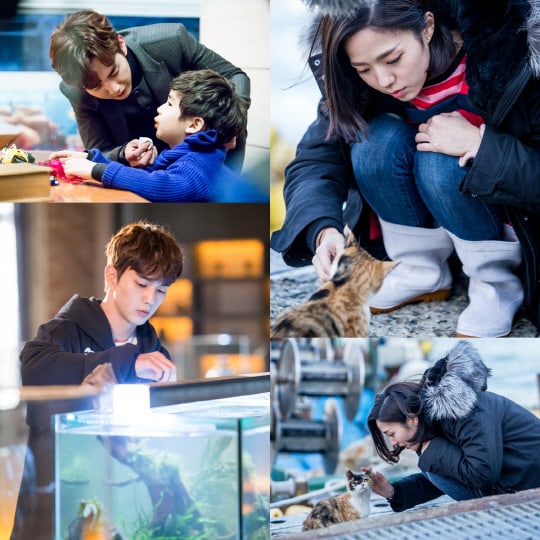 With four episodes left, viewers are wondering what will happen to their characters. “I Am Not A Robot” airs on Wednesdays and Thursdays at 10 p.m. KST. Catch up on the latest episode now!