The much-anticipated drama “Mr. Right” has been released! There has been hype for this drama since it is from the same team that worked on “To Be a Better Man,” which garnered attention from Chinese viewers for being well-written.

After starring in “To Be a Better Man,” Maggie Jiang is taking on the role of the lead character in “Mr. Right.” She plays Luo Yue, who is on her way to becoming a lobby manager at SciTech Hotel in Antwerp, Belgium, but her promotion is put on the line when she meets Cheng Hao (Jin Dong), who files a complaint against her. After a deep misunderstanding, she is transferred to work in China and meets Ning Yu (Li Zong Han), a businessman on the same flight to China who helps her navigate and assimilate to living in Beijing. 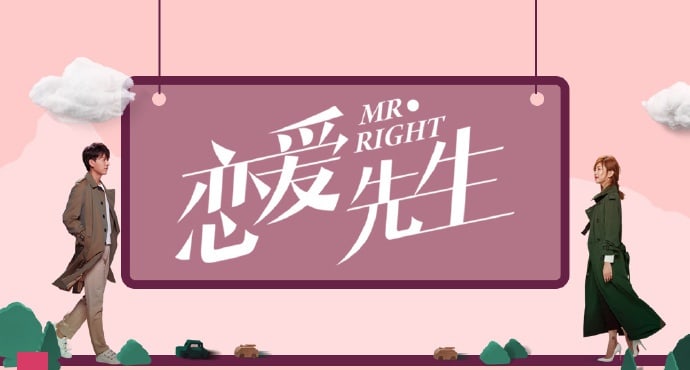 This is one of my most anticipated dramas for 2018. I enjoyed “To Be a Better Man” for its realistic and heart-wrenching plot. My expectations for “Mr. Right” are extremely high, especially knowing who the people behind this drama are and the stellar cast. I have seen Maggie Jiang and Jin Dong in dramas prior to this one, and I am excited about these two actors being paired together. With a solid production staff and cast, will this drama be able to re-create the spark that “To Be a Better Man” has? 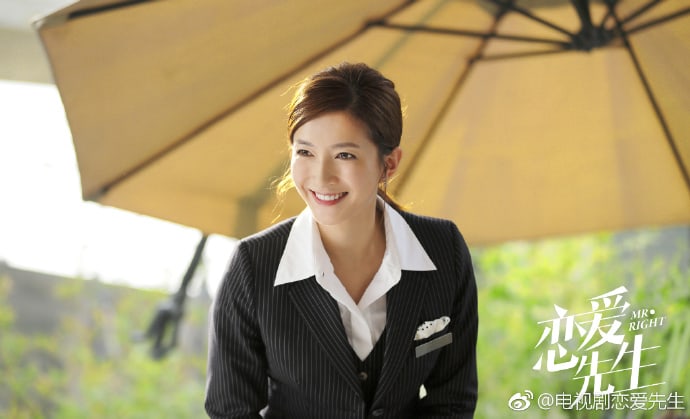 Maggie Jiang (“My Best Ex-Boyfriend,” “Go! Goal! Fighting!“) is making her drama comeback with “Mr. Right.” She plays Luo Yue, a woman who, though open and honest, puts up walls when around others to protect herself from being hurt. She decides to live in Europe following her father’s death — doing her best to survive in a foreign place. She endlessly dedicates herself to her profession in order to be promoted as a lobby manager, and her hot temper — often showcased through her interactions with Cheng Hao — provides conflict and sets the light tone of the drama as she scrambles to curry favor from Cheng Hao. Upon being transferred to China because of discrimination for being Chinese, she now works as an executive bar manager for SciTech Hotel’s branch in Beijing. 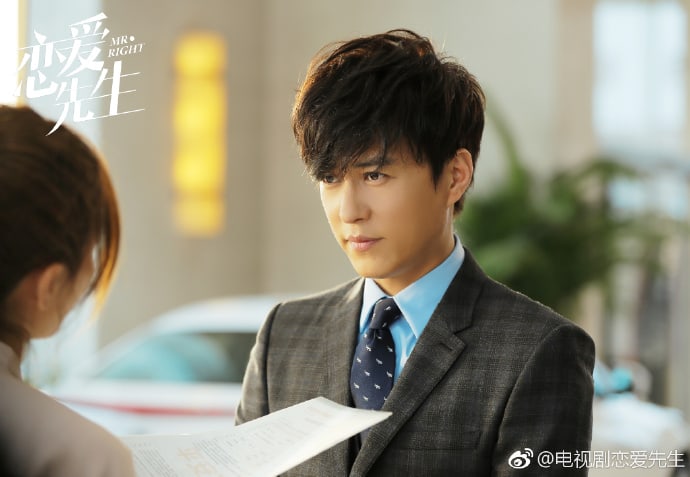 Jin Dong (“Nirvana in Fire,” “Ode to Joy“) plays Cheng Hao, a dentist at a posh clinic in Beijing. On the side, he is a love consultant who offers advice and tips on how to win over the love interests of his customers. Despite being a match-maker, Cheng Hao shows no interest in settling down himself. He meets Luo Yue when he arrives to Belgium for his friend’s wedding and continues to run into her in Beijing. While Cheng Hao and Luo Yue are at each other’s throats most of the time, he has her in the back of his mind at times — hinting that he may be smitten by her. 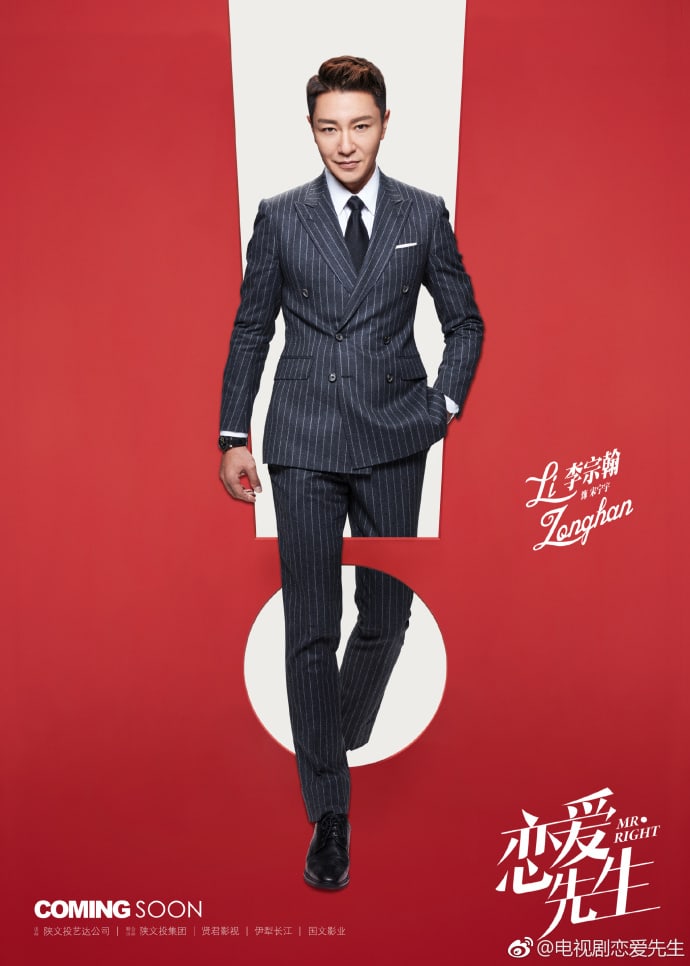 Li Zong Han (“All Men Are Brothers,” “Hushed Roar”) plays Song Ning Yu, a businessman who travels back and forth from the US to China. He immediately gravitates towards Luo Yue for her headstrong and independent spirit. He provides Luo Yue with a place to live and helps her adjust to her new life in China. Over time, their companionship turns into a romantic relationship. On paper, he seems perfect. He is kind, considerate, and protective of Luo Yue; however, his travels to the US cause a strain in their relationship. Finding that they are at odds, Ning Yu becomes withdrawn, refusing to reveal personal details about his work life and personal life when Luo Yue probes him with questions. 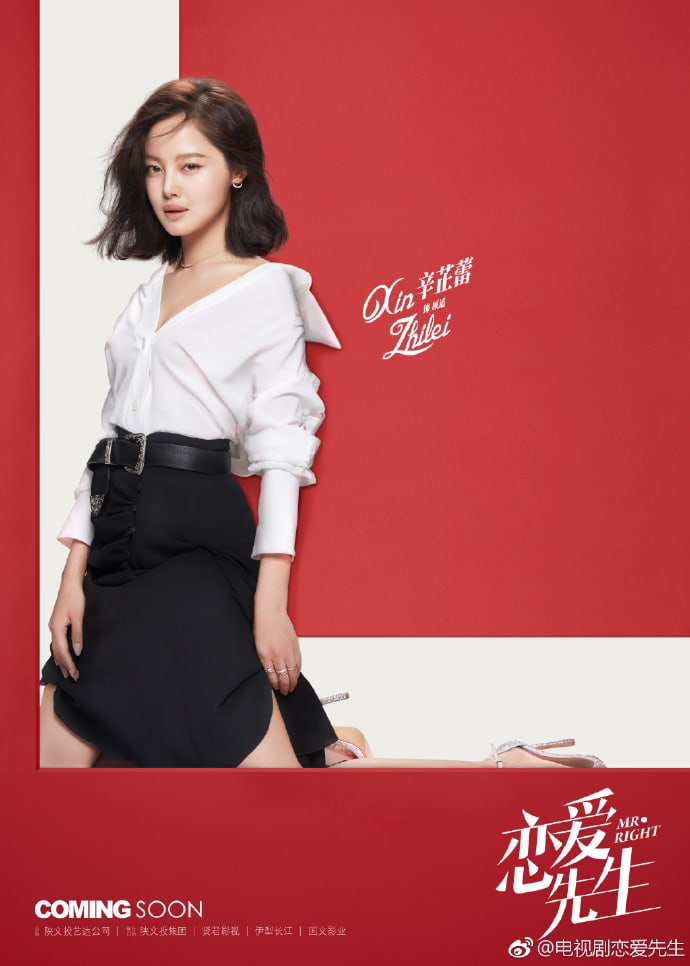 Xin Zhi Lei (“Brotherhood of Blades II”) plays Gu Yao, Cheng Hao’s first love from his college years. They first meet when he is late to one of his classes. She points out an empty seat next to hers for him to sit. Since then, he has harbored a crush on her, making sure to write down details about her in his notebook and providing a shoulder to cry on when she has relationship issues. While he has pined for her for years, he has never been able to muster up the courage to ask her out. When college graduation approaches, she reveals that she is leaving China to go abroad. With her phone number changed, Cheng Hao loses contact with her, but she remains someone he cannot forget.

The drama takes place in three locations: Belgium, Las Vegas, and China. The first four episodes set up the premise of the storyline in Europe. Luo Yue is working hard to ensure her promotion at SciTech Hotel, only to be met with the obstacle of a complaint against her by Cheng Hao, whom she mistakenly accused of assault. After showing her sincerity over her error, Cheng Hao withdraws his charges against her, but the management no longer wants to have Luo Yue as a lobby manager. Using this incident as an excuse, the hotel manager notifies Luo Yue that she will be transferred to a branch in China.

Luo Yue struggles with this sudden change, feeling as if she is in a sticky situation — being viewed as a foreigner in Belgium but also being viewed as a foreigner in China for having transferred from Europe. Ning Yu becomes a guiding light in Luo Yue’s disastrous life, but in a weird twist of fate, Luo Yue and Cheng Hao meet again in Beijing. Still angry over how her life has turned upside down because of Cheng Hao, Luo Yue and Cheng Hao continue to butt heads over the deep misunderstandings created from when they were in Belgium.

As the drama progresses, the concept behind the title “Mr. Right” is made more clear as the story begins the conversation of Luo Yue’s idea of what a relationship should be through her relationship with Ning Yu. This contrasts with Cheng Hao’s interjections and advice to his customers as he deconstructs the methodology to romancing someone. At this point, we are able to see Luo Yue and Cheng Hao’s differing views on relationships and the plentiful moments of bantering and coincidental/fated meetings with each other. The two leads continue to disagree and antagonize each other, but that provides the basis for the beginning of their friendship! 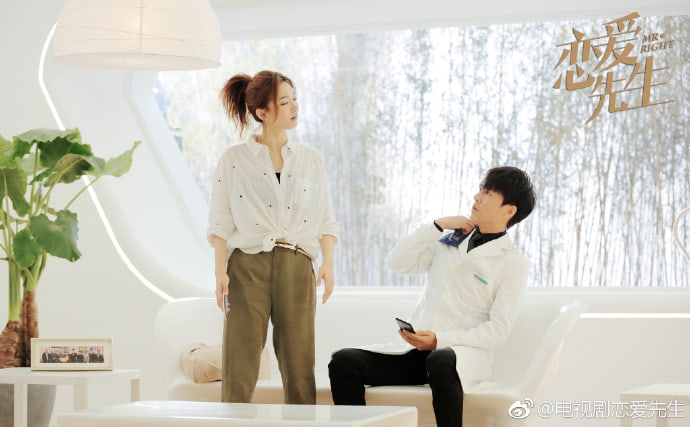 I struggled getting through this drama initially. While it does share a similar initial premise with “To Be a Better Man” — of a Chinese person working abroad who eventually returns to China — this drama is tonally different, choosing to be more light and comedic; I found it hard to get past the comparisons — being more fixated on finding the wrongs in “Mr. Right” over enjoying it as romance drama. I decided to stop with the comparisons so I could enjoy the drama for what it is. Just in time, this drama settled in for me. I have found myself enjoying the humor in this drama, which at times is meta and full of situations that would only exist in dramaland. (I mean, how many times have Luo Yue and Cheng Hao been jailed?).

The biggest draw of “Mr. Right” though has to be the development of our leads. Luo Yue and Cheng Hao contradict each other on the surface, which the drama quickly sets up as Luo Yue is hot-tempered while Cheng Hao is more collected whenever they bicker. Even in relationships, the two characters take on completely different approaches. She goes all-in and is upfront about expressing her feelings, but he sticks to just flirting with women and chooses to look at romance through a scientific lens.

Upon closer inspection though, Luo Yue and Cheng Hao are quite alike, having shared similar life experiences. Cheng Hao lost his mother a couple years ago. Luo Yue lost her father in a car accident. They also find it difficult seeing eye to eye with their parents. While Luo Yue has been identified as a porcupine with spikes, she is not the only one to put up defenses around people. Cheng Hao does the same when it comes to love. Following his heartbreak in college, he hasn’t been able to open his heart to anybody else. Both of them seem to have been burned one too many times that their first instinct is to shy away from people that try to get closer. On top of that, the biggest common denominator is that they are both soft-hearted on the inside despite their hard exteriors. It is thrilling to see where the story will go because Luo Yue and Cheng Hao are bound to find out that once they set their differences aside, they are compatible with each other. I’m already looking forward to Cheng Hao’s slow realization of his feelings for Luo Yue and am anticipating Luo Yue’s search for her Mr. Right. 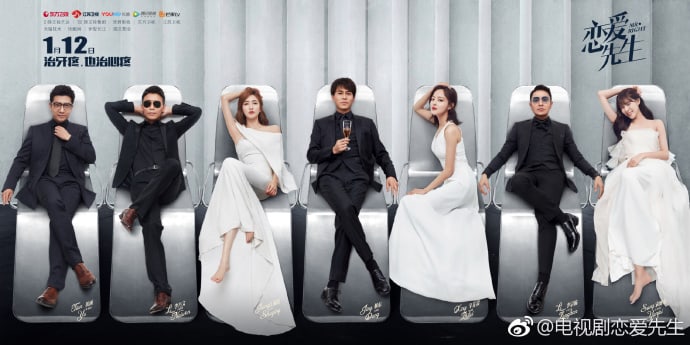 “Mr. Right” has taken a while to form its identity, but it has created a good set-up for the love-hate relationship between our two leads and their background stories. Tune in to the progress that Luo Yue and Cheng Hao make as they continue to bicker and meet on Viki!

isms is a new features writer for Soompi, who’s a big fan of Asian dramas and loves watching variety shows.