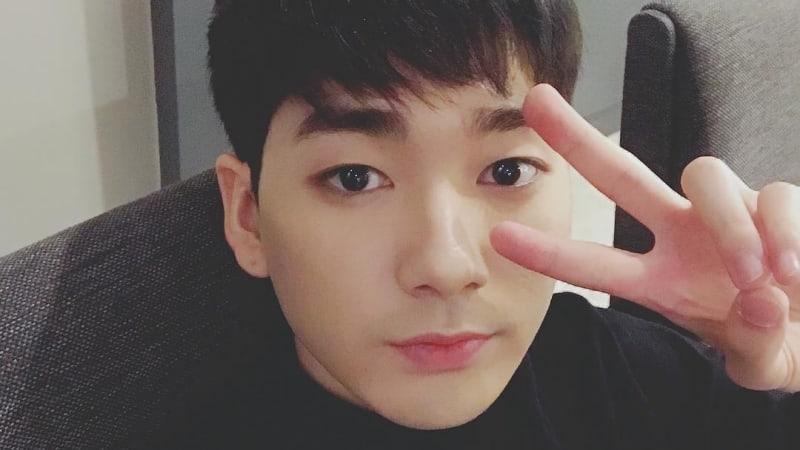 NU’EST member Aron has reassured his fans that he’s fine after appearing to be in pain at the 2018 Idol Star Athletics Championships.

On January 15, NU’EST W participated in the relay race event at the 2018 Idol Star Athletics Championships. During Aron’s leg of the relay, fans noticed that he suddenly slowed his pace and appeared to be having difficulty putting weight on his left leg.

Although he managed to finish the race, some NU’EST fans became concerned that Aron might have been injured, noting that he was hopping on one leg as he crossed the finish line. He also appeared to be in pain as his fellow group members rushed to embrace him. Aron then reportedly left the venue earlier than the other members.

As concerns over his well-being continued to grow, Aron took to Instagram later that day to tell fans that there was no need to worry.

He wrote, “Our L.O.Λ.E.s [NU’EST’s fan club name]! You were really surprised earlier, right? I’m fine, so don’t worry too much~ You worked hard today! Thank you so much for cheering us on until late at night! Go home quickly and get some rest! L.O.Λ.E.s are the best!”

We’re relieved to hear that Aron is all right!

NU'EST
Aron
NU'EST W
How does this article make you feel?