Hilarity With A Twist: 7 Reasons You’ll Be Hooked On “Master In The House”

In need of some laughs? Look no further than “Master in the House,” SBS’s new variety show that brings together the all-star cast of Lee Sang Yoon, Yang Se Hyung, Lee Seung Gi, and BTOB’s Yook Sungjae for some hilarious antics. The show also has a uniquely meaningful premise: the four young men spend time with various accomplished “masters” in order to learn about their lifestyles and what makes them so successful. With laugh-out-loud absurdity and a heartfelt twist, “Master in the House” is a treat for us all! Here are just seven reasons why you’re sure to become obsessed with this show.

Any variety show needs some friendly competition, and the guys have plenty of contests in “Master in the House” — often with hilariously unpredictable outcomes. Who would have thought that maknae Sungjae would be bold enough to give his role model the most unexpectedly painful forehead flick of his life?

And when else will you see four handsome guys voluntarily dunk their faces in freezing snow?

We almost feel bad for laughing at their pain… almost.

Of course, when there are games involved, there is also plenty of sneakiness, and some good-natured betrayal. You’ll be in tears laughing as the guys savagely mess around with each other and the masters. Because why stick your face in snow when you can pretend to stick your face in snow, and watch your friends makes fools out of themselves instead?

And why exercise when you can, well, not exercise?

“Master In The House” marks Lee Seung Gi’s return to variety after completing his military service, and you won’t forget it — he adorably can’t stop reliving his glory days in the special forces.

What sets “Master in the House” apart as a variety show is its meaningful goal: the guys must live with the masters and follow their lifestyles to understand what has made each master so successful in life. This leads to plenty of amusing situations, as the rather quirky masters have the members do all sorts of odd things.

The guys eat more rice crusts than they ever expected to when they live with master Jeon In Kwon, whose diet somehow consists almost entirely of this less-than-enticing food. 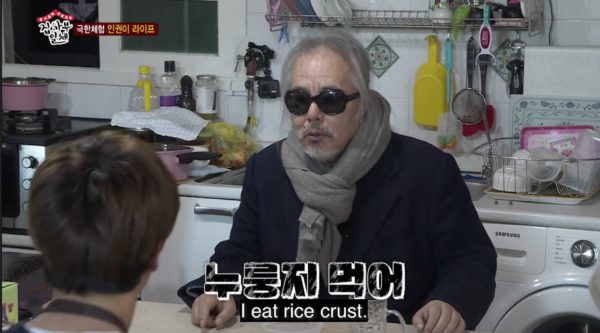 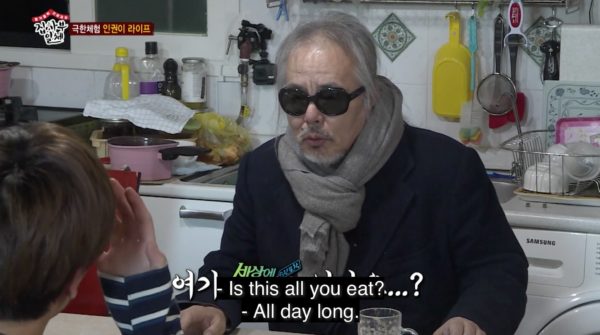 And they get in touch with nature when they spend time with Choi Bool Am, who persuades them to converse with trees. 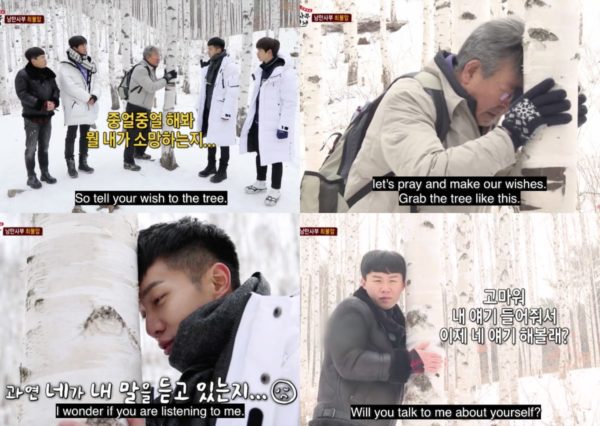 They also practice parenting when they visit the home of baseball player Lee Dae Ho, who teaches the boys the value of family by introducing them to his kids. The result is downright adorable:

Each one of this motley crew of guys brings something to the table: Se Hyung is every part the comedian, Sang Yoon is adorably naive in his variety show debut, Sungjae is the self-appointed philosophical member, and Seung Gi is charming as ever — and finally not the maknae!

It’s a winning combination that makes for just the right mix of bromance and playful ribbing. 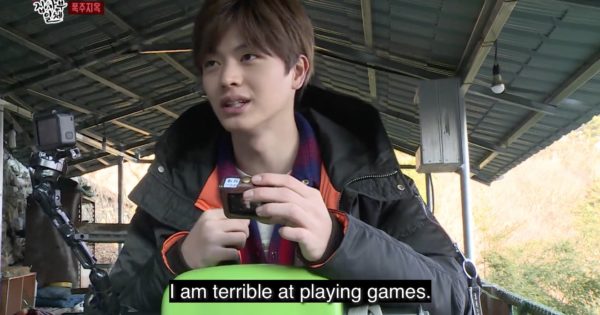 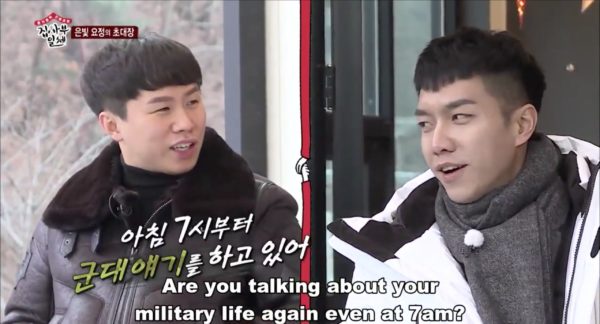 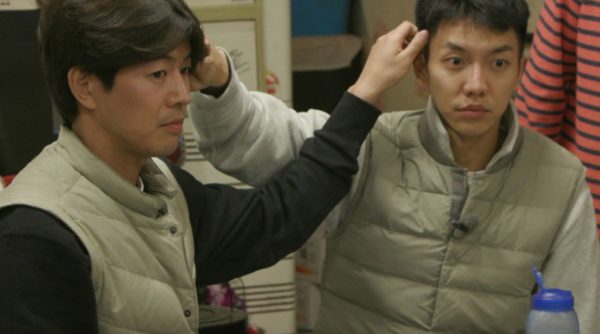 One of the best parts of “Master in the House” is that the guys all have self-cameras that they can use to share their personal thoughts and complaints… or often, to roast each other. And they’re not afraid to turn on their self-cams no matter what they’re in the middle of doing. These unflattering camera angles and candid thoughts are comedic gold! 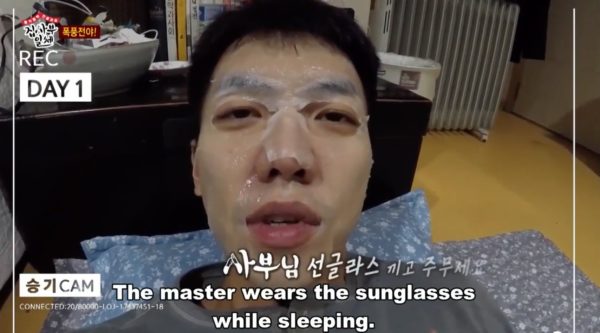 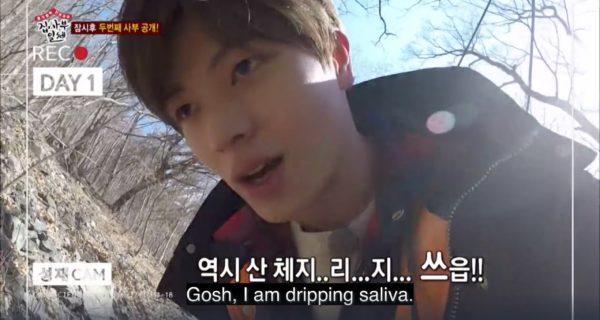 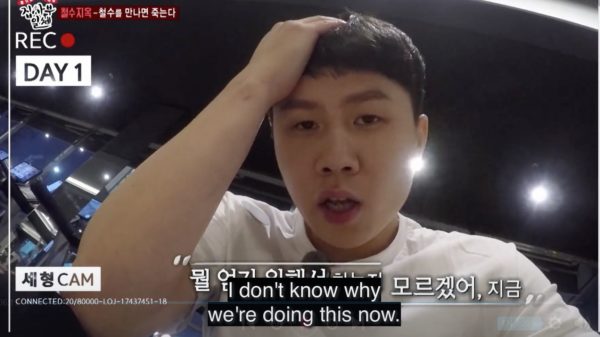 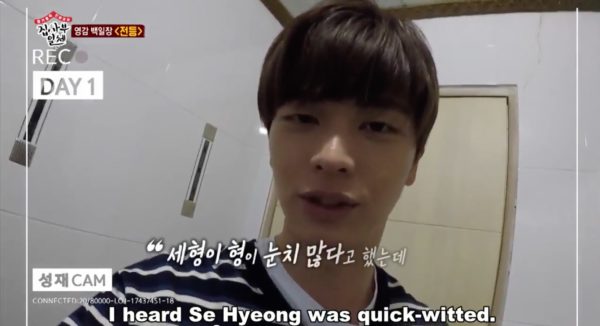 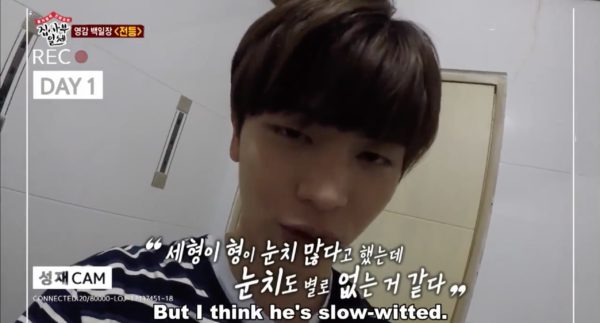 Finally, amid all the laughs and jokes, “Master in the House” manages to give us some heartfelt tidbits of life advice at the end of each day. No matter what challenges you’re facing in life, you’re sure to find some valuable wisdom in the words of these admirable masters! 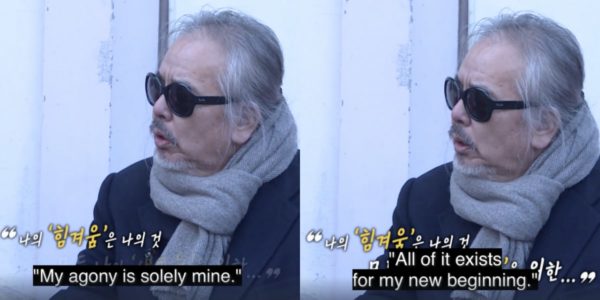 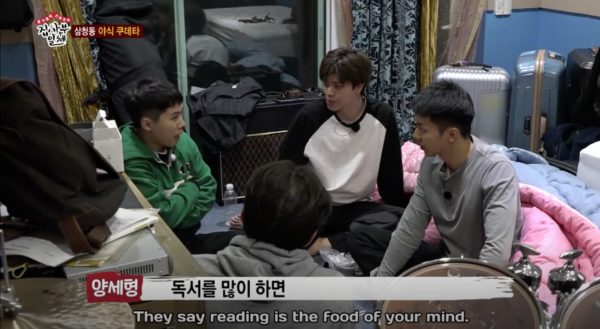 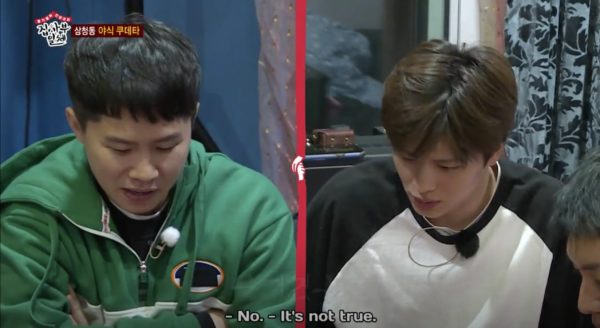 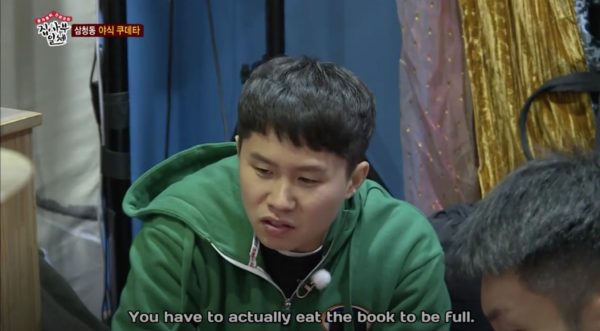 What are you waiting for? Hop on over to Rakuten Viki to watch “Master in the House”! Start watching here:

Hey Soompiers, are you watching “Master In The House”? Let us know in the comments!