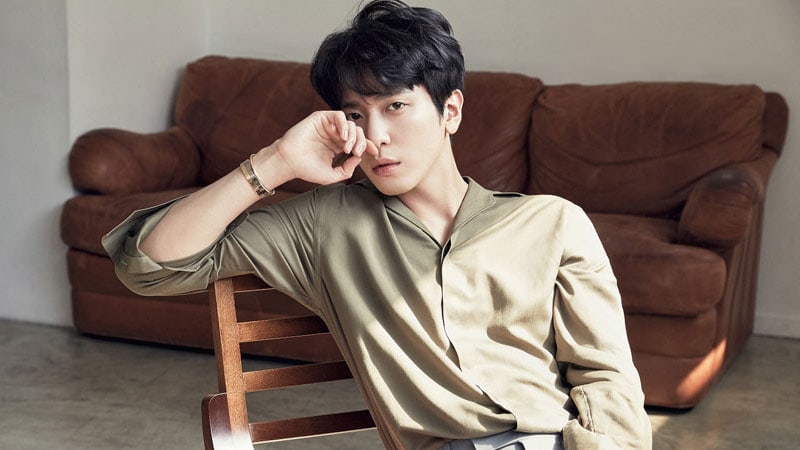 It was previously reported that the idol applied to the university in October of 2016, but failed his initial interview when he didn’t show up at the examination site. However, when he applied again during the additional recruitment period two months later, he received a passing grade after the professor came to the agency’s office and stated that their visit would be considered his interview.

In response to these reports, FNC Entertainment released an official statement, saying, “First, we would like to apologize for the whole issue regarding Jung Yong Hwa’s interview for the doctoral program at Kyung Hee University.

“Jung Yong Hwa and a representative from our agency recently got investigated by police for his admission to the doctoral program in Applied Arts (focusing on the research and development of practical music production). The school suggested multiple times that Jung Yong Hwa should apply, so he applied during the additional recruitment period in January 2017 and got accepted.

“Because idols and other popular celebrities get busy with performances, the agency manages all their schedules, and the celebrities just follow them. In Jung Yong Hwa’s case, we had to take care of all the business and communication related to the preparation and submission of his graduate school application.

“Up until this became an issue, we thought he got into graduate school through a normal interview process, and Jung Yong Hwa thought the same way. He followed our schedule and attended the interview.

“Jung Yong Hwa got investigated by police and even though we had absolutely no intentions of violating school regulations, we’re very sorry for causing controversy. Ever since this became an issue, Jung Yong Hwa has been on a leave of absence from graduate school.

“To clarify, Jung Yong Hwa applied for the Applied Arts doctoral program back in winter 2016 but failed due to an error in the application process. However, because the program was facing a lack of applicants, the school suggested he apply again during the additional recruitment period in January 2017. The professor in charge of the program also wanted more applicants.

“The additional recruitment period that took place in January 2017 wasn’t competitive, so almost all applicants got accepted. It’s not that Jung Yong Hwa got into a difficult program through preferential treatment. We don’t have a reason for him to do that, especially since he’s a popular celebrity whose career depends on public reputation.

“If we had known earlier that individual interviews were against school regulations and that interviews were required to be held at school, we would’ve adjusted Jung Yong Hwa’s schedule accordingly to free up enough time for him to go. We never would’ve done anything to harm his reputation.

“As an agency, we are taking responsibility for this issue, and we apologize once again for causing controversy.”

CNBLUE
Jung Yong Hwa
FNC Entertainment
How does this article make you feel?