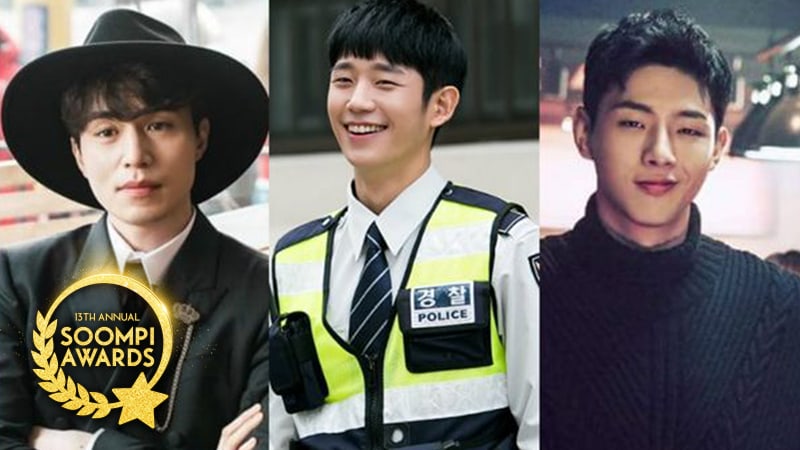 Second Leads We Loved: The Best Supporting Actors Of 2017

It’s hard to overstate the importance of a K-drama’s supporting cast: compelling secondary characters are often what truly enliven a drama, making the difference between a good drama and an extraordinary one. It takes a special acting talent to bring these characters to life, and while 2017 gave us a whole host of memorable supporting roles, we’ve nominated a list of ten exceptional supporting actors for this year’s Soompi Awards. They made us laugh and cry, challenged our thinking, tugged at our heartstrings, and overall enriched the drama world of 2017. We present to you the nominees for Best Supporting Actor — get to know them through their superlatives below!

Most impressive abs: Jung Hae In

As Han Woo Tak in “While You Were Sleeping” 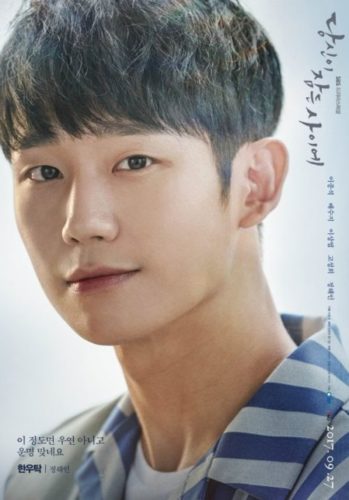 As if his heart-melting smile weren’t enough, Jung Hae In also graced us with one of the most memorable ab-exposing scenes of 2017 in “While You Were Sleeping.” But there’s much more to this up-and-coming actor than just looks, and there’s a reason so many viewers had major Second Lead Syndrome for his character Han Woo Tak. Whether it’s his cheerful demeanor, noble policeman profession, wistful one-sided love, or the way Jung Hae In combines all these traits into one character, “While You Were Sleeping” would not have been the same without him.

Start watching “While You Were Sleeping” below:

As Wang Yeo in “Goblin” 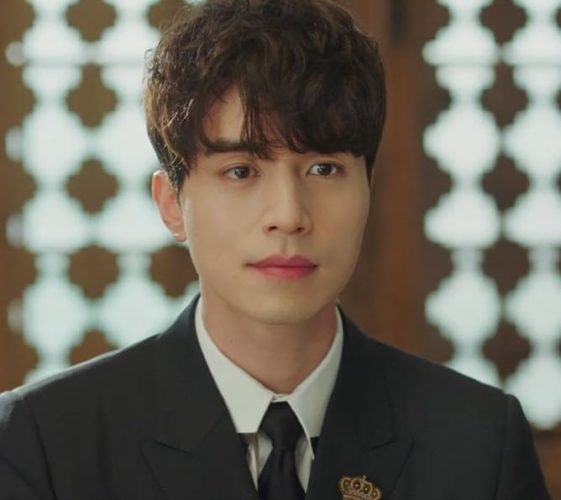 The beloved Grim Reaper from “Goblin” endeared himself to many with his adorable naivety, due to the loss of his memories from his past life. Of course, things become more complicated once Reaper regains his memories of his life as Wang Yeo. Lee Dong Wook delivers a heart-rending performance as he brings to life the multiple emotional facets of this character, from the angry mad king to the sorrowful Grim Reaper that must grapple with the tragic consequences of his previous actions.

As Park Jung Woo in “Degree of Love” 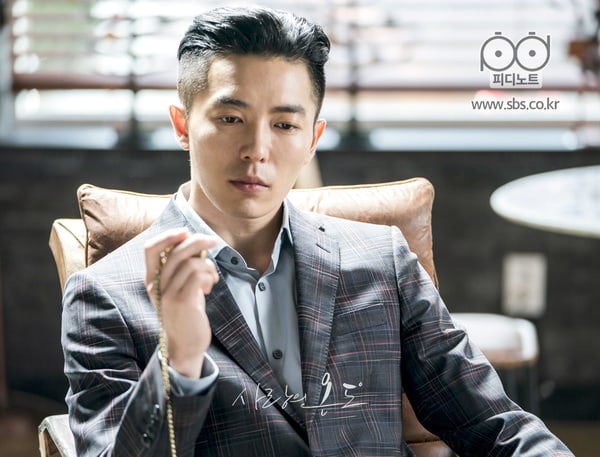 Second male leads tend to be unlucky in love, and often settle for longingly watching the woman of their dreams get together with the main lead. Not Park Jung Woo in “Degree of Love.” He is so determined to win the heart of screenwriter Lee Hyun Soo that not even the fact that she is in love with — and dating — another man can dissuade him, even when that man turns out to be his friend. The embodiment of the cool, confident businessman, Kim Jae Wook still gives enough warmth to this character to make him likable, and he certainly is a driving force behind the drama in “Degree of Love.”

As Shim Won Suk in “Because This Is My First Life” 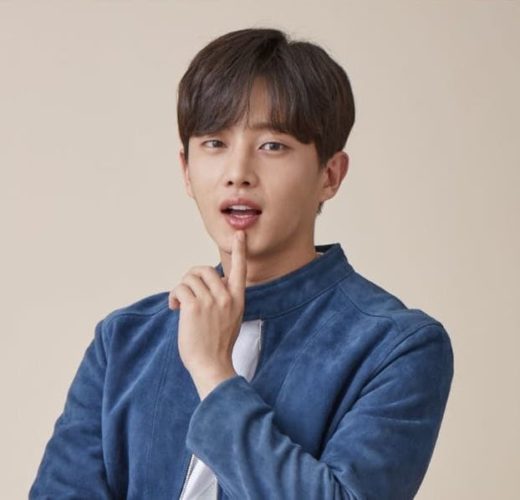 Intelligent as he may be, Kim Min Suk’s character in “Because This Is My First Life” is woefully inept at picking up on girlfriend Yang Ho Rang’s signals, despite their 7-year-long relationship. And when he finally proposes to her, he starts off with a spiel comparing their love to his favorite mathematician. How’s that for romantic? Shim Won Sik may not exactly be the traditional K-drama boyfriend, but Kim Min Suk portrays him with a combination of braininess and naivety that makes the role refreshingly unique. 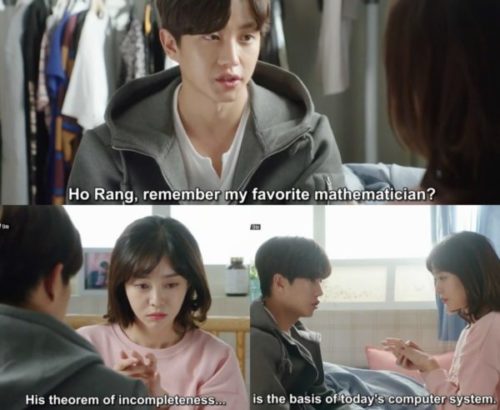 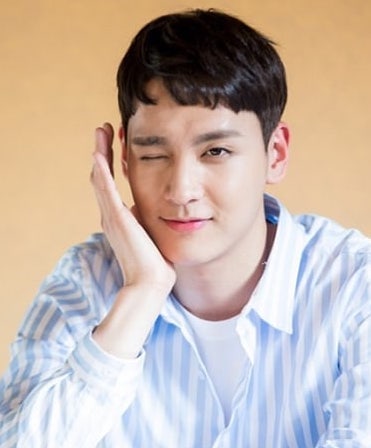 Everyone makes mistakes, but not generally on such a huge scale as getting romantically involved with their best friend’s girlfriend. Years after Ji Eun Hyuk does just this, he is still trying to regain the favor of his former friend Noh Ji Wook, showering him with puppy love and fanboy-like affection. Choi Tae Joon endows this character with such a bubbly attitude and contagious laugh that it’s easy to root for him as he remains unflaggingly upbeat despite Ji Woo’s constant rejections.

As Seo Yul in “Chief Kim” 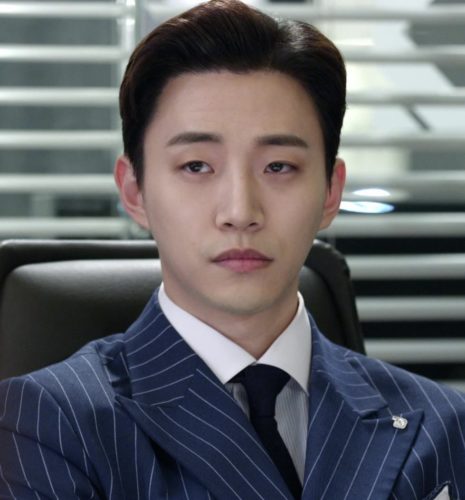 Little quirks can make a character come to life, and in the case of Seo Yul from “Chief Kim,” that little quirk is one big appetite. Played by 2PM’s Junho, this finance director eats so frequently and voraciously that he earns the nickname “gluttonous sociopath.” Haughty and cold, yet charismatic nonetheless, Junho gives a fresh — and often comedic — twist to the classic shady bad boy.

As In Guk Doo in “Strong Woman Do Bong Soon” 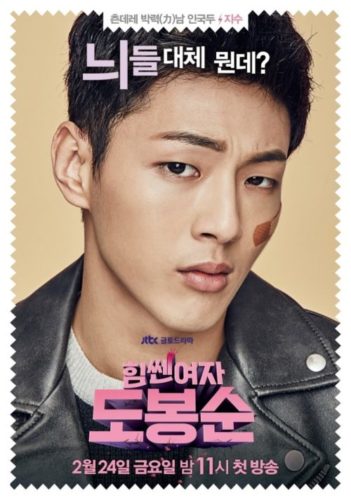 Ji Soo’s “Strong Woman Do Bong Soon” character In Guk Doo is, for the most part, a serious and focused detective — which is why it was especially delightful that the role involved some outrageously flirtatious moments for this model-turned-actor. From drunkenly wooing co-star Park Hyung Sik to cross-dressing in order to catch a criminal, Ji Soo definitely showed us a new side of himself this year!

As Kim Joo Man in “Fight My Way” 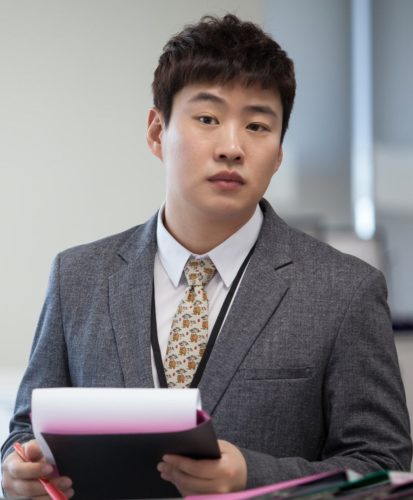 When Kim Joo Man fails to fend off a female coworker’s advances, he causes a rift in his 6-year-long relationship with girlfriend Seol Hee. He immediately realizes what a mess he’s made, and his repentance takes the form of countless dolls and food items left outside Seol Hee’s door for two months straight in an effort to win her back. He may be at fault, but Ahn Jae Hong delivers such sincere remorse and puppy dog eyes that it’s hard not to empathize with him. 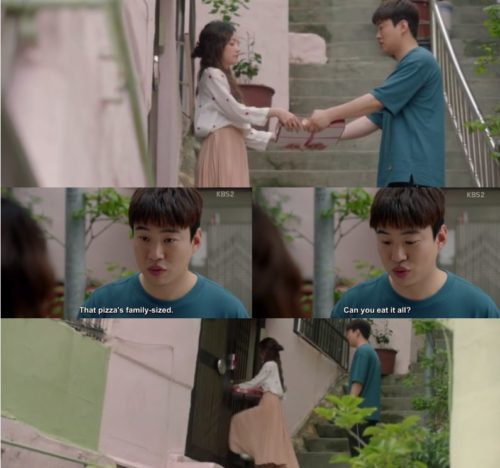 As Jung Nam Gil in “Go Back Couple” 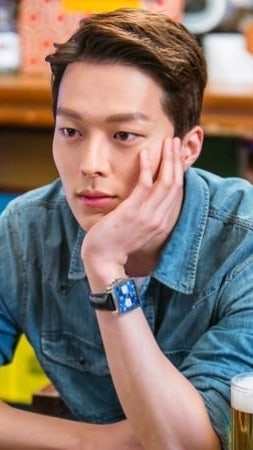 Jung Nam Gil from “Go Back Couple” is always around to save the day for his crush Ma Jin Joo — more than once, by catching her in a dramatically romantic hug. Jang Ki Yong plays this second lead with a killer combination of masculine and emotionally attuned that makes him easy to fall for; it’s too bad for him that the girl he is so enamored of is actually a married woman trapped in the body of her younger self.

Catch Episode 1 of “Go Back Couple”:

As Wang Rin in “The King Loves” 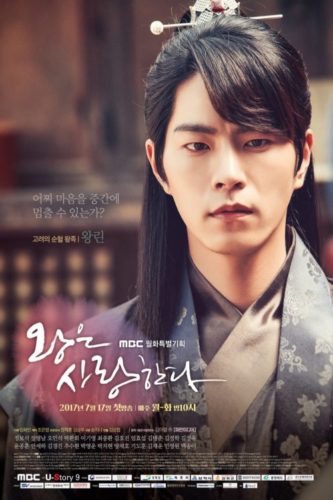 Wang Rin and Crown Prince Won are so close that their friendship, rather than the romance story, is the central relationship of “The King Loves.” So when Rin develops feelings for the woman his prince is in love with, he must contain them behind a masterful poker face. Hong Jong Hyun lends such a stoic intensity to this role that were it not for his long gazes and heart-fluttering subtle smiles, we would be as oblivious to his true feelings as Won is.

Hey Soompiers, which of these supporting actors was your favorite of 2017? Do you agree with their superlatives? Be sure to let us know in the comments!

Check out the nominees for Best Supporting Actor in the 13th Annual Soompi Awards below (presented by Oh My Girl’s YooA and Mimi), and don’t forget to vote!

hgordon stays up way too late on weeknights marathoning K-dramas and trying to keep up with the latest K-pop releases. A frequent sufferer of Second Lead Syndrome, she is thankful to these talented supporting actors for spicing up dramaland in 2017!