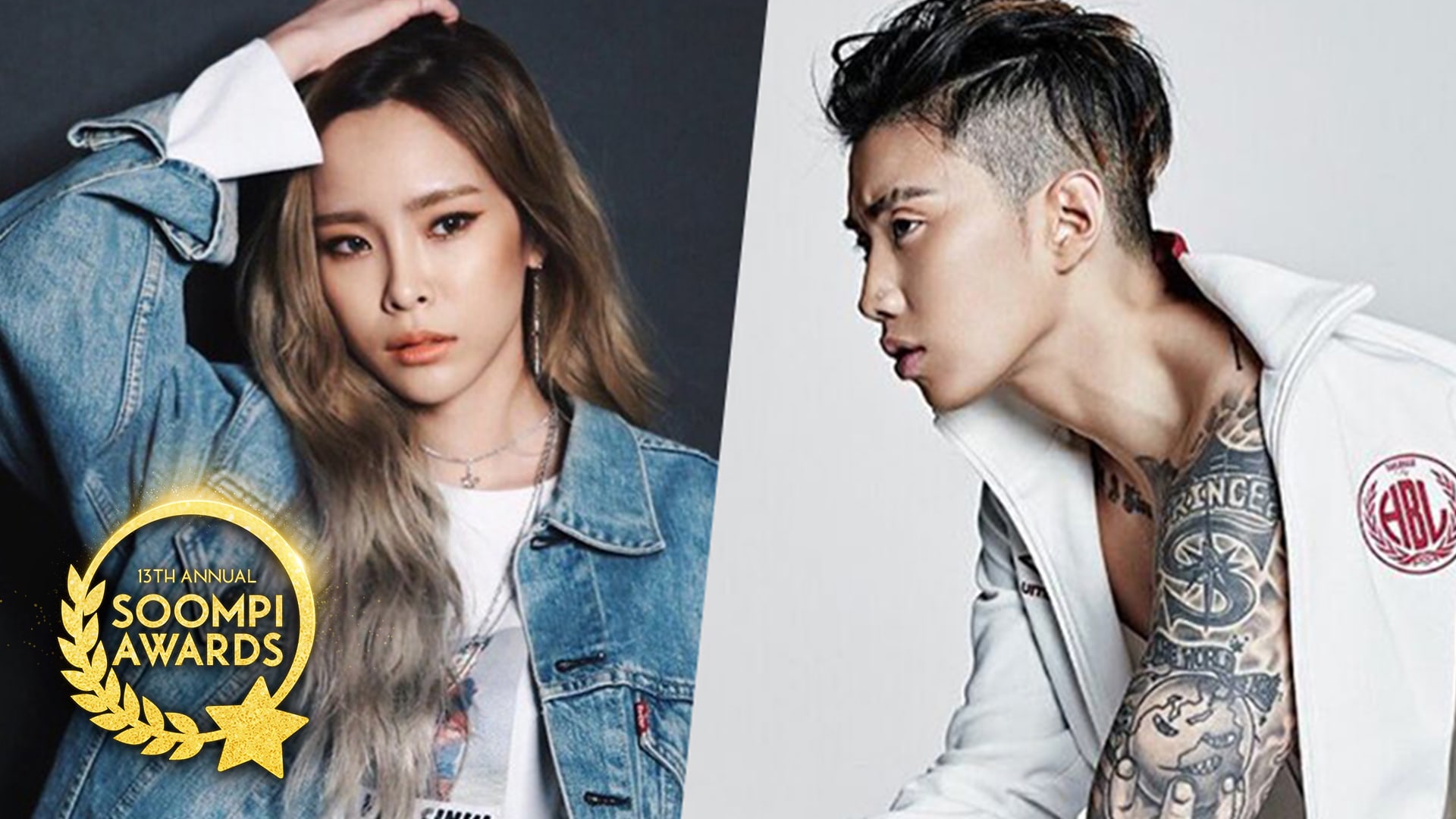 Korean hip hop has been notably recognized in the mainstream Korean music industry for the past couple of years, and 2017 has specifically put many rising artists in the spotlight.

This year’s nominees showcased an incredible amount of talent. To introduce them, here are 15 hottest hip hop artists that delivered powerful rap lines in 2017.

Since her “Unpretty Rapstar” days, Heize’s music grew exponentially throughout her solo releases and collaborations.

In this excerpt from her urban hit “Don’t Know You,” the artist soulfully delivered her emotions with a steady yet powerful flow.

Whether he’s part of Block B, among his FANXY CHILD crew, or as a solo artist, Zico’s rap is always on point.

Sometimes being ignorant is being creative

In one of his side tracks “Genius,” the idol rapper spoke his mind where he stated that facing hurdles during his musical process never limited his creativity.

Woo Won Jae is AOMG’s latest addition, after he participated in “Show Me The Money 6.”

They say you can only see as much as you know, but is there anyone who is as humble as they are ignorant?

In his track “Move” featuring Bizzy, the rookie rapper humbly changed people’s views on recognizing an individual for the amount of his knowledge.

From a contestant in the second season of “Show Me The Money” to a judge in its fifth season, Mad Clown is a well-known rapper, songwriter, and record producer.

Do you know the feeling of believing because it hurts less?

In this line from his song “Love Is A Dog From Hell” featuring Suran, the rapper expressed the necessity of ignoring the truth at times to avoid getting hurt.

The multi-talented artist, co-founder of AOMG and H1GHR MUSIC, has always serenaded us with great R&B and hip hop tracks.

I know it won’t get better in a day, but I hope it don’t get worse I pray. Amen

In his release “Raw Sh!t,” Jay Park showed us his willingness to help change social issues to the better, while remaining realistic about it.

Currently one of AOMG’s well-established artists, Loco kickstarted his career with his win on “Show Me The Money.”

I write down about myself on a blank sheet of paper, I chose gray for the background from the start

Throughout his comeback “Brighten Your Night,” the rapper showed us how he perceives his life story through his writings.

Signed to Brand New Music, San E is one of the most successful rappers in the industry. He is currently a mentor on the survival show “The Unit.”

In a conversation with his ego on his song “Counselor,” the rapper comes to the realization that his happiness mustn’t depend on anybody but himself.

Young B, a young rapper who won the first season of “High School Rapper,” also happens to be a regular on “Show Me The Money” since its fourth season. Early this year, he joined Swings’ label, Just Music.

Even though the shoes I wear on the stage become dirty, I should get new ones for my parents

In a line from his track “Better man” featuring Crucial Star, Young B voiced his drive to work as hard as he can to care for his parents’ needs.

Being an R&B and hip hop artist, producer, and songwriter, Gray is another AOMG prodigy.

I’m too scared of frequent nightmares to fall asleep again

In his collaboration work “I’m Fine” with Sleepy, Loco, and Hoody, he depicted how he kept himself awake to escape his subconscience’s mind games.

Recently signed to H1GHR MUSIC, Park Gyujeong and Lee Hwimin are a production duo known for their catchphrase “Groovy everywhere.”

Since they don’t have lyrics of their own, here’s a great line from one of their produced songs “That Boi,” featuring Double K, JUSTHIS & Ann One.

My pen started bleeding, black beads of sweat on my notebook

This writing analogy represents the blood, sweat, and tears that Double K puts into words as a rapper.

BewhY made a name for himself after his win on “Show Me The Money 5.” The rapper is also part of the “$exy $treet & Yello Music” crew.

The opposite of life isn’t death, it’s standing still

In one of the lyrics from “Scar,” he emphasized that the absence of a reaction is a lifeless action.

The rapper and producer is the co-founder of Ameoba Culture and a member of Dynamic Duo.

I didn’t realize embers in me are slowly dying, I try to rekindle them

In his collaboration “Gajah” with BTS’s RM, Gaeko expressed attempting to revive his fading thoughts and desires.

Signed under Feel Ghood Music, the rapper is known for his unique and distinctive flow.

Define the limit if the sky’s the limit, my rhymes infinite, my mind travel miles a minute

In perfectly balanced rhymes through his song “Static,” Junoflo revealed that as he brainstorms lyrics, his ideas are limitless.

The fierce rapper happens to be a singer, songwriter, and was previously a judge on “High School Rapper.”

Don’t forget to smell the flowers in the chaos

In her latest comeback song “Arrived,” Jessi advises to remember the good days whenever difficulties arise.

Since 2/3 of our nominees happen to be lyricists, we chose a line of each artist from their title track “Home Is Far Away” featuring Oh Hyuk.

The world’s expectations stand before me like the Everest

Mithra Jin beautifully expressed how his wish to take a short break took an unexpected turn.

Check out all of the nominees here:

Which hip hop artist do you like the most? Let us know in the comments below!